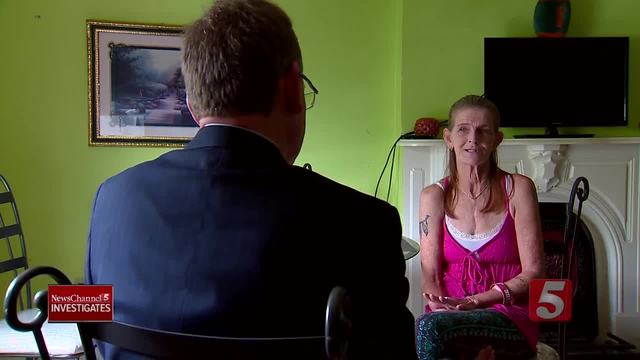 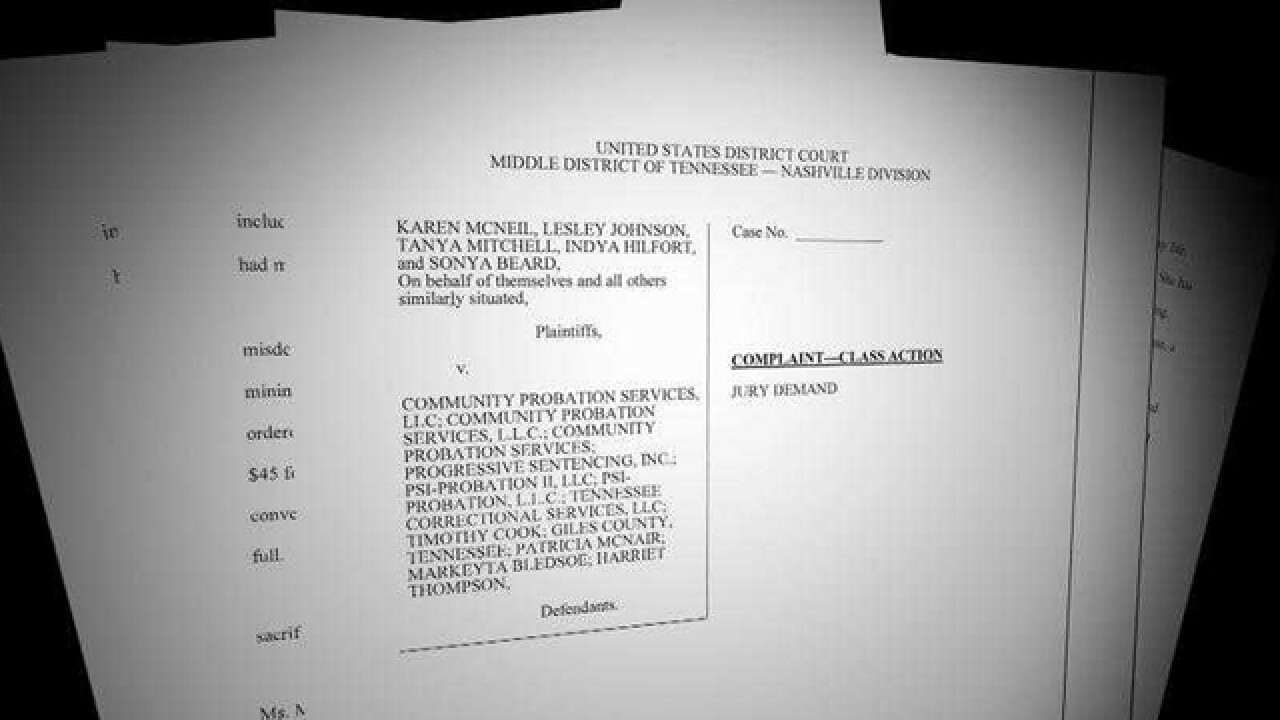 The lawsuit claims that Giles County and the two private probation companies it uses, PSI Probation and Community Probation Services, have extorted money from people too poor to pay fees associated with misdemeanor probation.

It claims the only source of income for the probation companies is from the fees paid to them by the people they supervise on probation.

The lawsuit is similar to one filed in 2015 that shut down the use of private probation in Rutherford County.

Karen McNeil is one of five people now suing Giles County and the two private probation companies it uses -- claiming she was repeatedly jailed for being too poor to pay supervision fees.

"I've got friends that sit in jail right now just cause they couldn't pay their fees," McNeil said.

According to the lawsuit McNeil pled guilty to driving on a suspended license in 2015.

She was put on probation and ordered to pay $426 in fines and fees - plus $45 a month to the probation company that supervised her and $45 for each drug test.

"That's what they want to do is keep people on probation so more money comes into probation," McNeil said.

McNeil said she paid more than double her initial fine, but when she missed a probation appearance because she was in the hospital, her probation officer filed a violation of probation - and she wound up in jail.

"When you are supposed to get off they find some excuse to violate you," McNeil said.

She said the idea of jail terrified her so much that she paid fees out of her disability benefits and could not afford rent or utilities.

So she lived in a tent.

"I only get so much a month and if you couldn't pay your rent and your light bill you can't live no where free," McNeil said.

Civil Rights Corps won a $14 million settlement against Rutherford County and its private probation company, Providence Community Corrections, in lawsuit that was filed in 2015.

As part of that lawsuit a federal judge ordered Rutherford County to release several inmates from its jail and the county ended its use of for-profit probation.

The company said it was not immediately available for comment.

The Giles County Executive was also not available to comment on the lawsuit.

Community Probation Services did not answer calls to their Pulaski office.