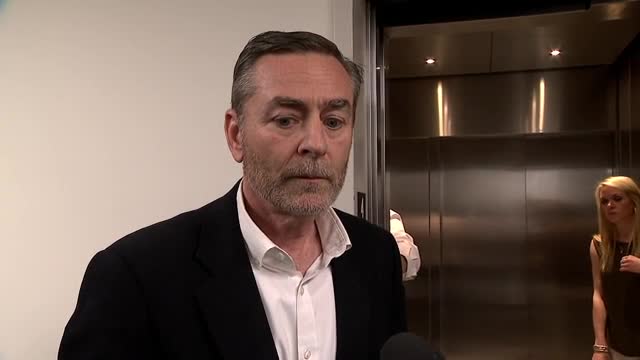 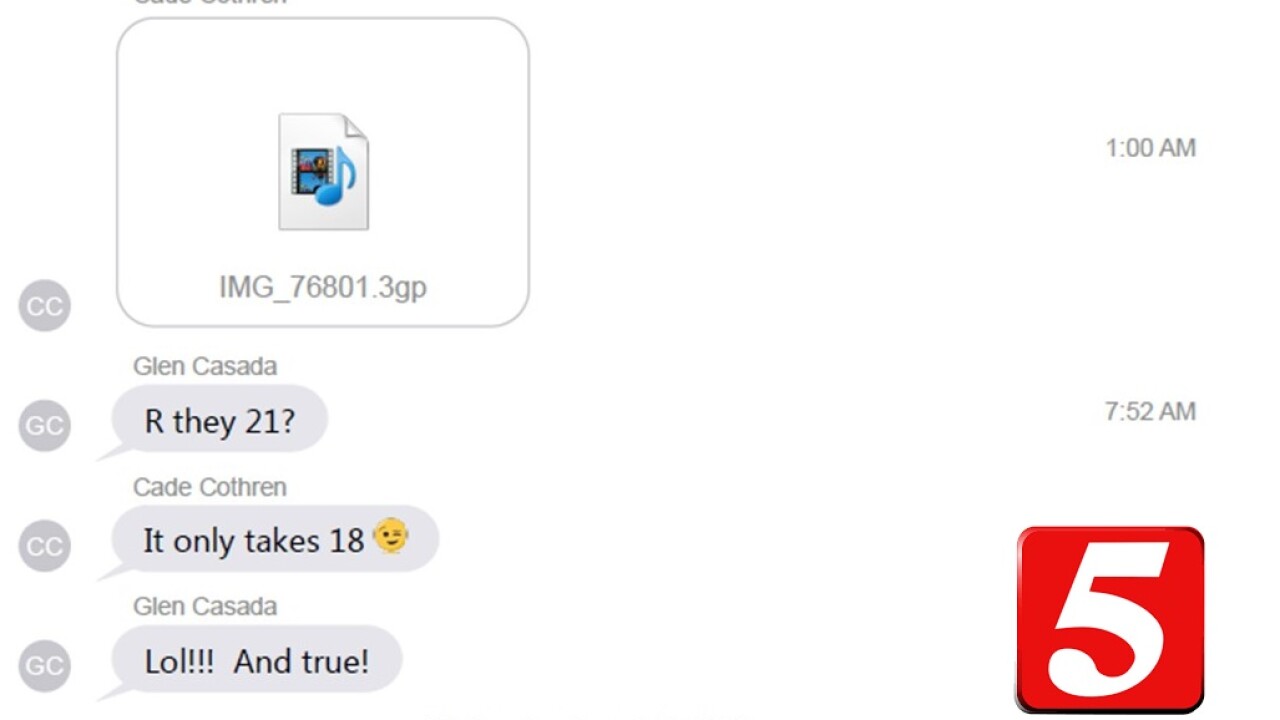 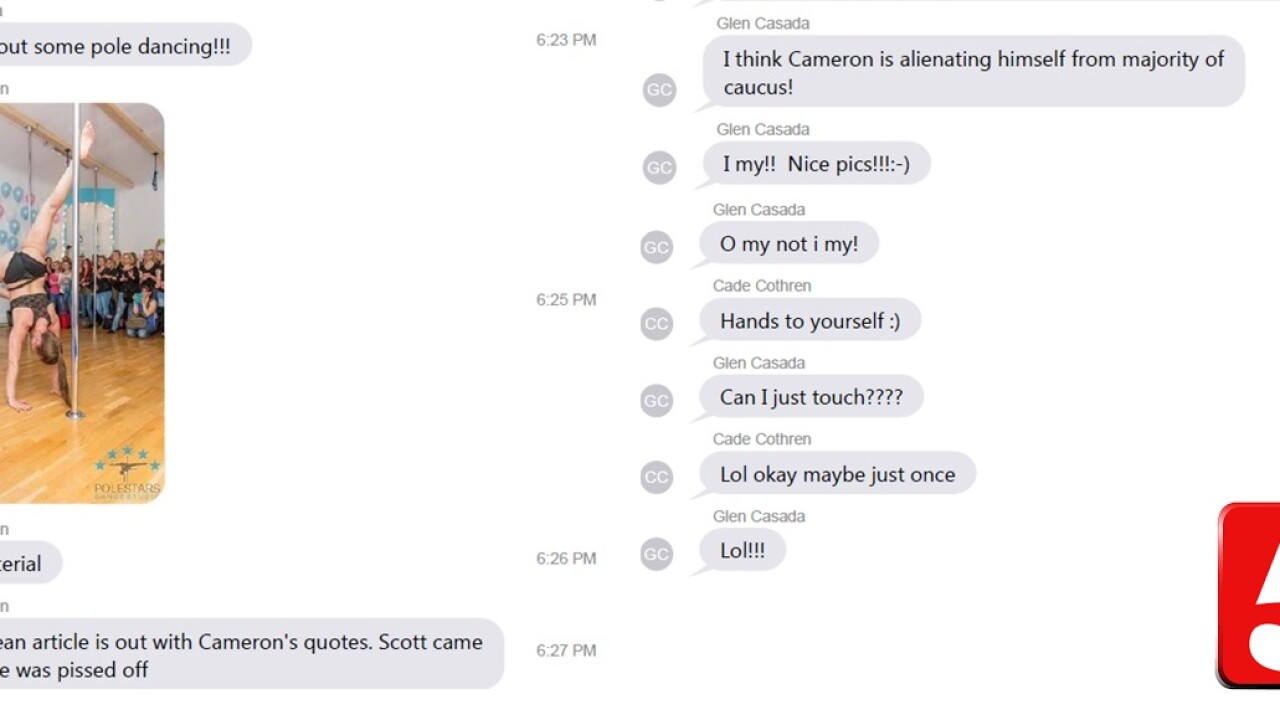 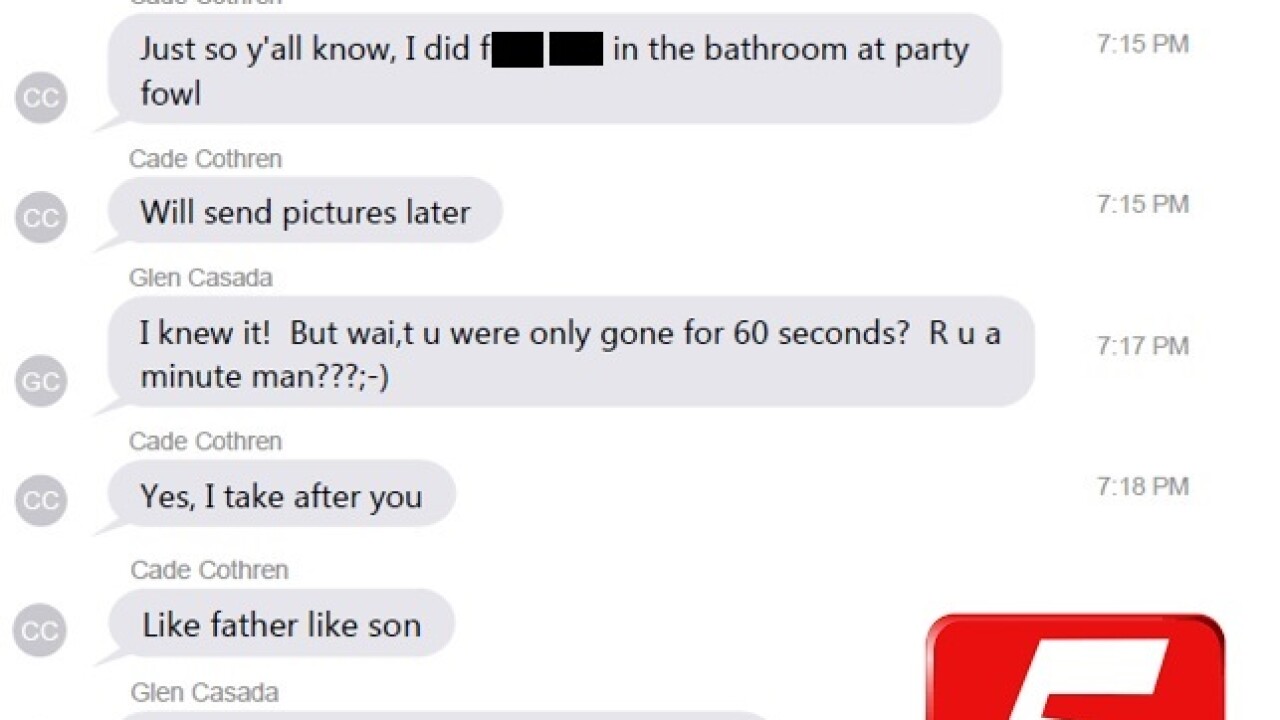 That exchange occurred on August 21, 2016, when Cade Cothren, then the press secretary for the Tennessee House Republican Caucus, sent Casada a video of two young women dancing in his apartment. At the time, Casada was the caucus chairman.

"It only takes 18," the aide responded, adding a smile emoji.

For the last two weeks, the Williamson County Republican has been engulfed in a text message scandal involving Cothren, who had served as the Speaker's chief of staff until he resigned last week.

On Monday, Casada told reporters that his "sin" had been to use "base language" with two other men "that was not appropriate talk for a speaker of the House."

He insisted he had no plans to resign.

"If two texts run someone out of office, then there is no one qualified," the House Speaker added.

As NewsChannel 5 previously reported, Casada and Cothren had been involved in another text exchange in July 2016 in which the caucus employee sent his boss a pic of a woman pole dancing.

Casada responded, "Can I just touch?"

That August, Cothren texted Casada about having had sexual relations with a woman in the bathroom of the Nashville restaurant Party Fowl.

"I knew it," Casada responded, adding "u were only gone for 60 seconds?"