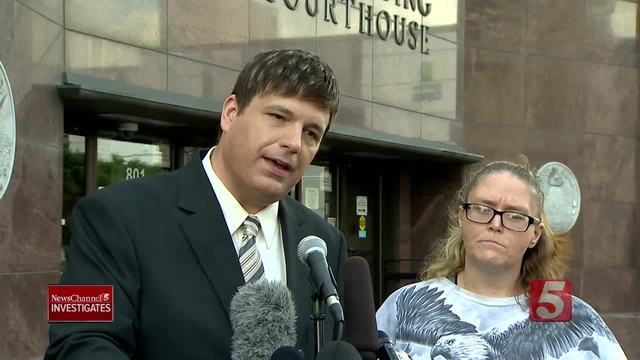 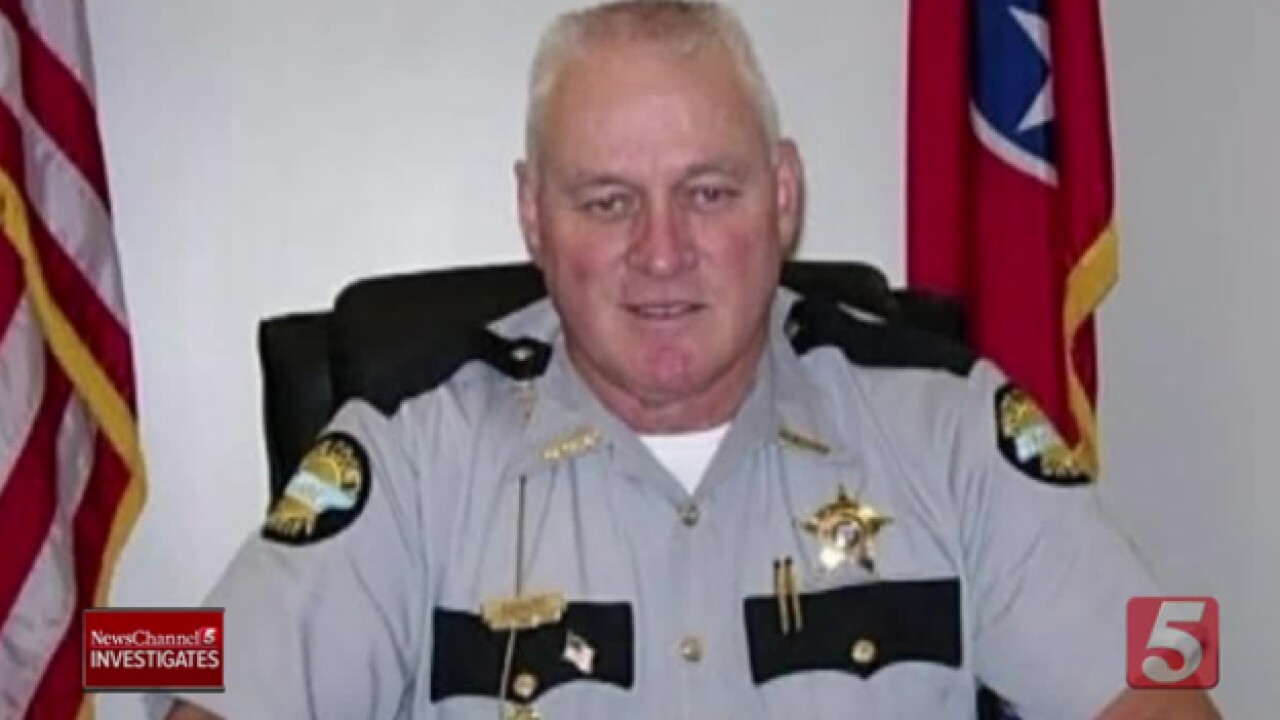 White County Sheriff Oddie Shoupe and his department have been sued at least 50 times since he took office in 2006.

Shoupe has faced national criticism ever since NewsChannel 5 Investigates reported disturbing comments he made on a body camera following a deadly police chase.

We discovered Shoupe's department has a long list of lawsuits that involve aggressive tactics.

There are still bullet holes in the home where White County Deputies shot and killed Brenda Margeson's husband.

"As soon as I opened the door there was a riffle in my face, and I was told to get out of the way. I was jerked out the front door and that's the last time I seen James Edward," Brenda Margeson said.

Brenda later filed a federal wrongful death lawsuit against Sheriff Oddie Shoupe and his deputies -- which she lost in court.

On the morning of the shooting, James Edward's mom asked the Sheriff for help.

"His mom went down there and said that she was worried about James Edward's state of mind and asked for help to bring him in unharmed," Margeson said

He had missed a court appearance and was facing jail time for meth charges.

The lawsuit states Margeson was "nearly asleep on the couch."

It states officers entered and "fired 48 times" and later argued about "who shot the deceased and which deputy shot first."

"They went down there with the intent to kill in my opinion," Brooks said.

"White County is the closest thing to the wild west that we've got around here in a small county," Brooks said.

White County's insurance picked up the bulk of those claims covering $500,000.

But taxpayers shelled out an additional $82,000, and several cases are still pending.

A recent lawsuit resulted after we obtained dash camera video from 2016.

It shows deputies surrounding the home of Jessica Newnum while she was sleeping.

"The sheriff opened up my bedroom door with a gun pointed at me telling me he had a warrant to search my house, but he never showed me anything," Newnum said.

Sheriff Shoupe was looking for his nephew - a fugitive who had missed a court date.

Audio from the dash cam reveals how shocked she was the sheriff was in her home.

Sheriff: "You don't know him? Ok come out here."

Sheriff: "We're going to look around."

Newnum didn't even know the fugitive they were looking for, but the sheriff was unapologetic.

Sheriff: "Ma'am I tell you I don't know what you are crying about."

Sheriff: "What are you scared about?"

In 2016 the sheriff defended that search.

"We don't have to have a search warrant. If we've got reasonable probable cause which we did and the subject that lived there prior was my nephew, the brother to this subject. So we made entry," Shoupe said.

But legal experts say the sheriff is wrong.

Just as they have in another lawsuit that's received national attention.

Last May the sheriff and a White County judge were sued for telling inmates in the jail they could get 30 days off their sentences if they got surgically sterilized - forever ending their ability to have kids.

"This is about determining who in the community is undesirable to Sheriff Shoupe. And this is his mastermind to force people not to procreate," Attorney Mike Donovan said.

Dozens of inmates like Christel Ward signed up for the procedure to shorten their sentences.

The practice has ended but the lawsuit is far from over.

"They tased a teacher," Brooks claimed holding up the lawsuit.

He claimed White County deputies tased Simpson and arrested her after she insisted on checking on her son who was inside the White County Jail.

After witnessing her husband's shooting Brenda Margeson was also arrested for assaulting an officer.

Hours later she was released and told her husband was dead.

"That's when I started screaming and I was threatened if I didn't quiet down and leave I would be arrested for disturbing the peace," Margeson said.

In court the county claimed her husband had a gun and fired first -- something Margeson strongly disputes.

The TBI investigation into the shooting remains confidential.

Margeson believes the sheriff and his department are out of control.

He is not seeking re-election.  A newly elected sheriff will take office in September.