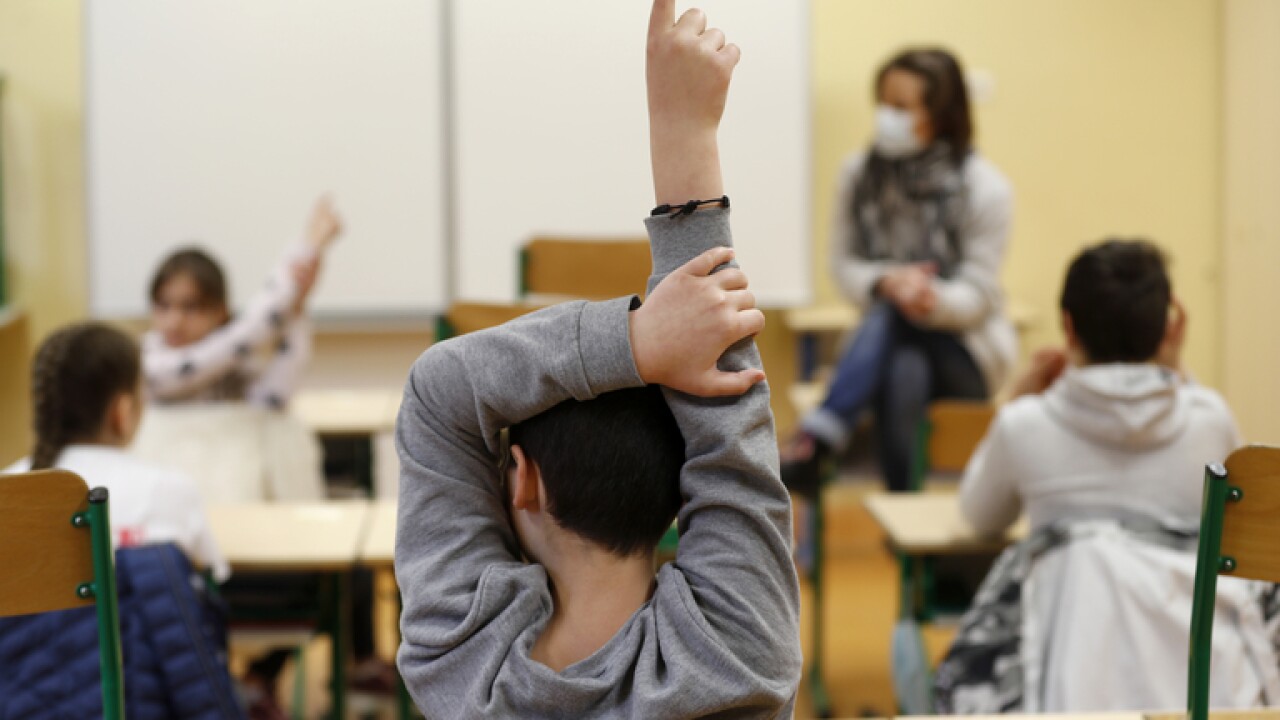 NASHVILLE, Tenn. (WTVF) — A top official with the American Academy of Pediatrics told a congressional committee Thursday that school systems "really can't open" with in-person learning when there is still widespread circulation of COVID-19 in the community.

The testimony of Dr. Sean O'Leary, a pediatric infections disease specialist who helped write the academy's guidelines, marked an even more dramatic clarification of the organization's position back in June that "all policy considerations for the coming school year should start with a goal of having students physically present in school."

"This does not mean that we recommend that all schools open five days a week from the start of the school year," O'Leary told the U.S. House's Early Childhood, Elementary, and Secondary Education Subcommittee

"Many parts of the country are currently experiencing uncontrolled spread of COVID-19. While the AAP urges those areas to make in-person learning as the goal, we recognize that many jurisdictions will need to utilize distance learning strategies until cases decline."

WATCH THE COMMENTS FROM DR. O'LEARY BELOW:

Two weeks after the original statement from the organization that represents the nation's top pediatric doctors, the academy issued a clarification that "science should drive decision-making on safely reopening schools."

O'Leary's further clarification comes as school systems across Tennessee are debating whether to re-open -- even as almost every county in the state is seeing unacceptable rates of COVID-19 transmission.

Some private schools have also announced that they will re-open with in-person learning, insisting they are relying on guidance from the American Academy of Pediatrics.

The vice chair of the academy's committee on infectious diseases, O'Leary told the subcommittee that, where there is uncontrolled community transmission, "it's inevitable that the virus is going to get into the schools, and schools are going to have to shut down."

O'Leary was asked about Republican proposals that federal funding should be withheld from schools that do not re-open.

"So it doesn't make sense where there is widespread community circulation to open schools no matter how many mediation efforts are in place, to withhold funding from those districts because they can't open," O'Leary said.

"They really can't open in that circumstance, and those decisions need to be made with local and state public health."

O'Leary pointed to studies that indicate children are less likely to be sickened by the virus, but that children ages 10 to 19 spread the virus just as easily as adults.

"With these data in mind, school systems may consider priortizing the return of younger children and taking additional measures to ensure physical distancing and the wearing of face coverings for older children," the doctor testified.

Schwinn noted the importance of in-person schooling for children and described efforts by Gov. Bill Lee's administration to accomplish that goal, but she dodged a question about whether schools could be re-opened without federal resources.

Can Tennessee schools meet students' needs during the pandemic without federal assistance? It was not a question that TN Education Commissioner Penny Schwinn wanted to answer during in-person congressional testimony. pic.twitter.com/6YUgfwFXAU