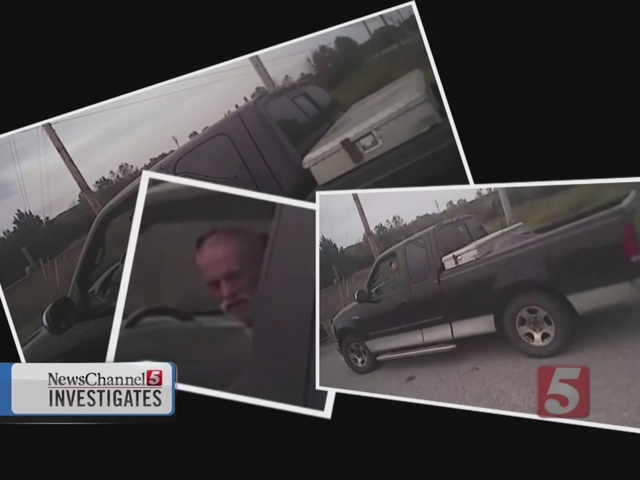 Body camera video from an Algood, Tennessee police officer shows what led to one of the largest manhunts in recent history. 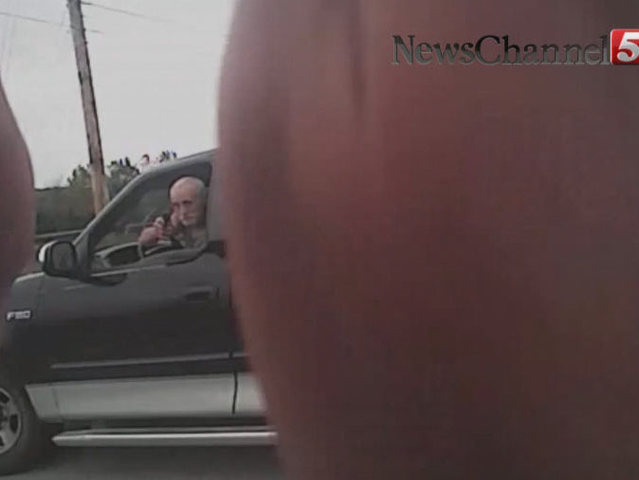 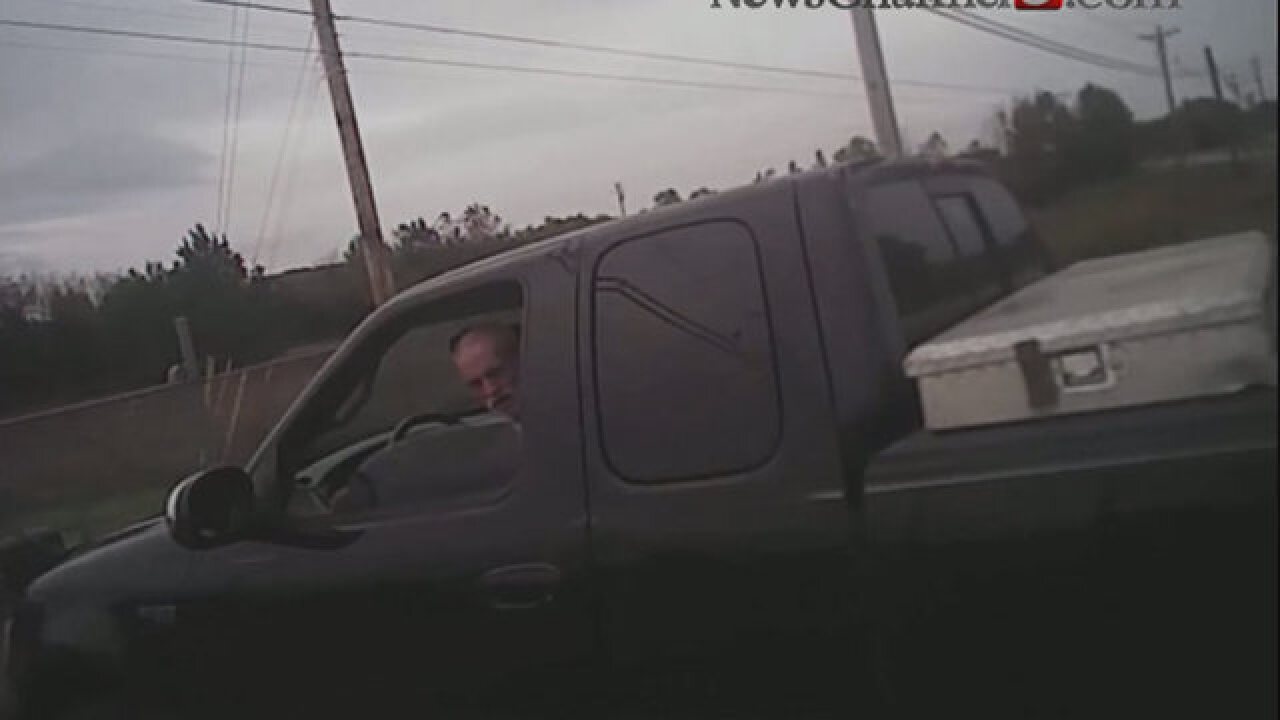 Body camera video from an Algood, Tennessee police officer shows what led to one of the largest manhunts in recent history.

The video shows Officer Ahscari Valencia pull over his patrol car to speak with the driver of a pickup truck who was parked outside a storage facility.

Officer Valencia did not know the driver of the truck was Floyd Ray Cook, who had a long criminal history and was wanted on felony drug charges.

The video, from October of last year, shows Cook's odd behavior in the moments before he raised a gun and shot officer Valencia.

The bullet hit Valencia in the chest, but he was saved by his bulletproof vest.

Cook sped away beginning a six day manhunt across parts of Tennessee and Kentucky.

Algood Police Chief Gary Harris walked us through the video to show us what led up to the shooting.

"It was terrifying," Harris said. "It was quick."

The chief praised how Officer Valencia handled the situation and said the video shows how dangerous it is to be a police officer.

"He did everything by the book, and I am proud of that," Harris said.

The video shows Valencia was careful as he approached the truck.

"Can you do me a favor?" Officer Valencia asked the driver. "Can you stick your hands out for me?  There you go -- just keep them out. Put them on the steering wheel for me, OK?"

But Cook stuck his out of the window briefly, then pulled them back inside.

"He's suspicious. His hair is probably standing on the back of his neck right now." Harris said as he watched the portion of the video where Officer Valencia backed away from the truck and radioed his position.

Valencia still had no idea who he was dealing with and began to ask Cook some questions.

"So are you waiting for someone?" Valencia asked.

Cook responded he was waiting for "him."

Valencia followed, "Who's him? What's your name?"

Valencia then said, "You got your car in reverse. Why?"

Cook did not answer. He pulled a gun from beneath the driver side window and fired.

Incredibly Valencia got away, but Cook's first shot hit him in the chest.

Luckily he was wearing a bullet proof vest.

"It saved his life," Chief Harris said. "I honestly believe he wouldn't have made it if... where the bullet hit that vest it probably would have hit a vital organ."

The disturbing video reveals how fast things can turn deadly for police officers.

"I didn't expect to see the guy come out with a gun and shoot him that quick," Harris said.

District Attorney Bryant Dunaway said authorities took the video and made still pictures of Cook and his truck.

"It's a much better description to have a picture of that vehicle than to tell somebody verbally how that vehicle looks," Dunaway said.

Cook was finally stopped in Kentucky.

This time, when he fired at officers, they shot back and killed him.

"People say it's a small town it won't happen here -- it does." Harris said.

Harris concluded, "You don't know what's sitting inside that window that's going to come out."

The Algood Police Department posted an officer outside Valencia's home the entire time Cook was on the run.

Valencia is still in law enforcement, but no longer works in Algood.