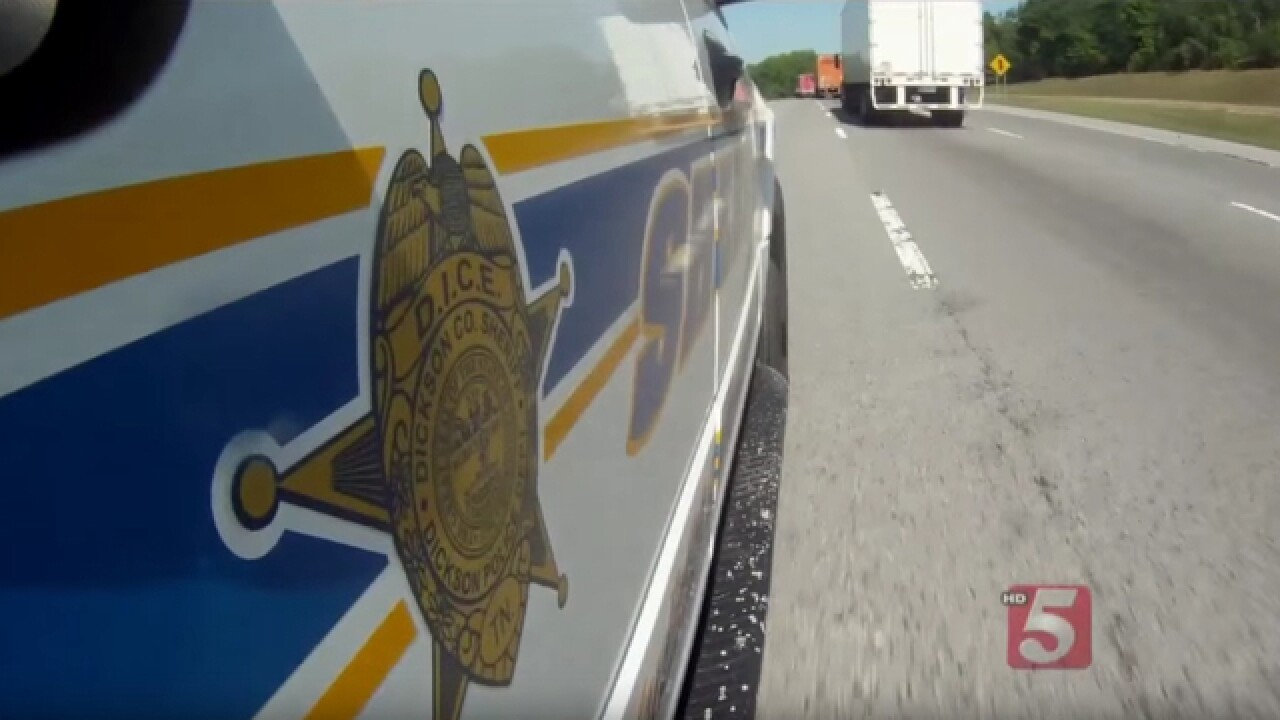 NASHVILLE, Tenn. -- A major NewsChannel 5 investigation has uncovered serious questions about Tennessee's war on drugs. Among the questions: are some police agencies more concerned about making money off the drugs, than stopping them?

At the center of this months-long investigation are laws that let officers pull driver over looking for cash.  Those officers do not even have to file criminal charges against a person to take his/her money.

It turns out, those kind of stops are now happening almost every day in Middle Tennessee.

Case in point: a 2009 stop where a tractor trailer was stopped for a traffic violation, leading to a search and the discovery of large blocks containing almost $200,000 cash -- cash that officers keep on the suspicion that it's drug money.

"What's wrong with having a large amount of cash?" asked Karen Petrosyan, a California businessman who owned the truck.

Petrosyan refuses to admit there's anything suspicious about the stash that police discovered. Officers later released his father, who was driving the truck, without filing a single charge -- and authorities cut a deal that let Petrosyan come to Tennessee to get his big rig back.

"If I am a criminal, if they allege me to be a criminal," Petrosyan told NewsChannel 5 Investigates, "why would they settle? They do not just let criminals go."

District Attorney General Kim Helper said that "in general, it was seized because -- based upon our evidence and probable cause -- it's illegal drug proceeds."

Still, Helper admitted that what makes the Petrosyan case a bit unusual is the location. The traffic stop occurred in Smith County, near the Carthage exit. But the officers work for Helper's 21st Judicial District Drug Task Force out of Franklin -- more than an hour away.

Her officers patrol that area under a deal where they give a third of any cash they seize to the agency that owns that stretch of road.

"It's a way to make money ... for your task force?" NewsChannel 5 Investigates asked Helper.

"Honestly?" we asked, prompting a smile from Helper.

"Well, you know, when you say 'make money,' I guess it is a way for us to continue to fund our operations so that we can put an end to drug trafficking and the drug trade within this district," she responded.

In fact, Interstate 40 has become a major profit center for Tennessee law enforcement -- with officers stopping and often searching out-of-state vehicles. It's because of a state law that lets them seize money simply based on the suspicion that it's linked to drug trafficking.

If an owner does not take legal action to get the money back, the agency gets to keep it all.

"This is really highway shakedowns coming to the U.S.," said Scott Bullock, senior attorney with the Washington-based Institute for Justice.

Last year, the conservative-leaning group issued a report -- "Policing for Profit" -- that gave Tennessee a D-minus for civil forfeiture laws that make that it all possible.

"Under civil forfeiture," Bullock said, "you give law enforcement a direct and perverse incentive to go out and try to take as much property from citizens as possible."

Dickson Police Chief Ricky Chandler said, "What we are doing, we're taking advantage of how the laws are, to use the money to be able to put back to fight the drugs."

Chandler heads the board for the 23rd Judicial District Drug Task Force, which has made millions off seizures in its counties -- Humphreys, Dickson and Cheatham.  The town of Fairview also provides officers to the Task Force in exchange for a cut of the cash.

Then, three years ago, Chandler and the Dickson County sheriff helped create a second team -- known as Dickson Interdiction Criminal Enforcement, or DICE -- to work the exact same stretches of interstate.

Humphreys County and the town of Kingston Springs provide officers -- and Cheatham County allows DICE to work in its jurisdiction -- in exchange for a share of the money.

NewsChannel 5 Investigates asked, "So if these officers out on the interstate don't come up with cash, then they might lose their jobs?"

Out on I-40, interdiction officers have a choice: Conventional wisdom is that the drugs come in from Mexico on the eastbound side. But the money goes back on the west.

While both agencies have made some big drug cases, we spotted both the 23rd and DICE staging time and time again with their backs to the drug side.

In fact, a review of daily activity sheets kept by the 23rd discovered that, when officers noted the location of their traffic stops, there were 10 times as many stops on the money side.

Both DICE and the 21st Judicial District say they do not keep such daily activity reports.

UPDATE: A review of case summaries supplied by DICE shows that the entire team made one drug seizure -- 602 grams of heroin -- from Interstate 40 in all of 2010.  Those officers arrested six people during stops on I-40 during that same 12-month period -- four of them on fugitive warrants, not for drug possession.  Most DICE cases were seizures of money in the westbound lanes.

"We want both sides of the road worked," Chandler insisted.

NewsChannel 5 Investigates noted, "It looks like that they are not concerned about stopping the drugs, they just want the money."

"That's what it looks like," the chief admitted.
Is that the case?

"That shouldn't be the case, but that's what it looks like."

Scott Bullock with the Institute for Justice said that "it shows that the police are really focusing, not on trying to get the drugs, not on trying to enforce the drug laws and stop that flow throughout the country. They're focused on getting the money."

And it can lead to turf wars.

After DICE got a $1 million seizure last fall, police video shows that a DICE officer suddenly found himself being blocked by a unit from the 23rd while watching the westbound lanes. Within minutes, five units from the 23rd were lined up in a show of force.

As a result, the two agencies had to work out a "letter of agreement," specifying who would have priority on the westbound lanes on which days.

Then, there's a 2008 video where a unit from the 23rd cuts in front of a DICE unit on a stop, prompting this heated exchange:

"Competition can be a good thing," the chief said, "as long as you don't violate any person's rights."

But they're competing for the money that they can take off of drivers.

Law enforcement authorities say their goal is to hit the drug traffickers in the pocketbook.

But some people have hired lawyers after their cash was taken and, sometimes after months and months of litigation, judges have ruled that the money that was taken from them really had nothing to do with drug dealing at all.