DA To Senators: 'Criminals Will Thank You' For Forfeiture Reforms 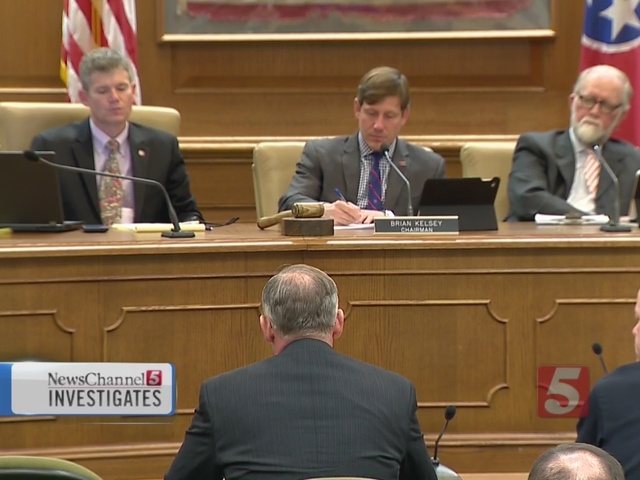 Don't take away our ability to make money! That was the message that Tennessee law enforcement delivered Monday to a Tennessee legislative committee.

Don't take away our ability to make money!

That was the message that Tennessee law enforcement delivered Monday to a Tennessee legislative committee.

The Senate Judiciary Committee, as part of a day-long hearing that delved into number hot-button criminal justice issues, heard testimony about whether they should make it illegal for police to take cash off of drivers without charging them with a crime.

It follows a series of disclosures by NewsChannel 5 Investigates.

"If you want to make a difference for our communities, take away criminal proceeds forfeiture funding. You'll make a huge difference. It just won't be a positive difference. The criminals will thank you," warned assistant district attorney Steve Jones from the West Tennessee Drug and Violent Crime Task Force.

The practice of "policing for profit" is legal, thanks to Tennessee's civil asset forfeiture laws.

While our NewsChannel 5 investigation has highlighted dozens of innocent victims, law enforcement told senators that those are the exception, not the rule.

Jones told the Judiciary Committee that civil asset forfeiture is a valuable tool that allows police to take drug proceeds and use that money to pay for drug interdiction efforts.

Some reformers suggested to the committee that cash and property should only be taken if there is a criminal conviction. They also suggested that, to take the profit motive out of policing, any seized money ought to go to the state instead of the police agencies themselves.

Jones insisted none of those ideas would work.

"To hear your testimony a while ago," Sen. Mike Bell, R-Riceville, noted to Jones, "as passionate as you were, it was almost like you were trying to set up you are either for us or you are for the criminals. Now, I'm trying to see if you can agree there is some middle ground here."

Jones responded, "Nobody wants to interfere with innocent owners property, but law enforcement - yes, indeed -- they do want to hit criminals by taking their money."

Committee Chairman Brian Kelsey, R-Germantown, asked about why drug task forces should be out on the highways looking for their own funding.

"Why wouldn't we just fund it the way we fund everything else in this state, which is money goes into the general fund and then it is appropriated through the appropriate legislative body to that agency?" Kelsey asked.

The task force official said that would leave agencies subject to what he called "governmental red tape."

Law enforcement officials made it clear that they are willing to work with lawmakers to come up with reforms to protect the innocent.

One of the ideas that came up is requiring police agencies to pay lawyer fees and other expenses whenever officers are forced to give someone their money back.