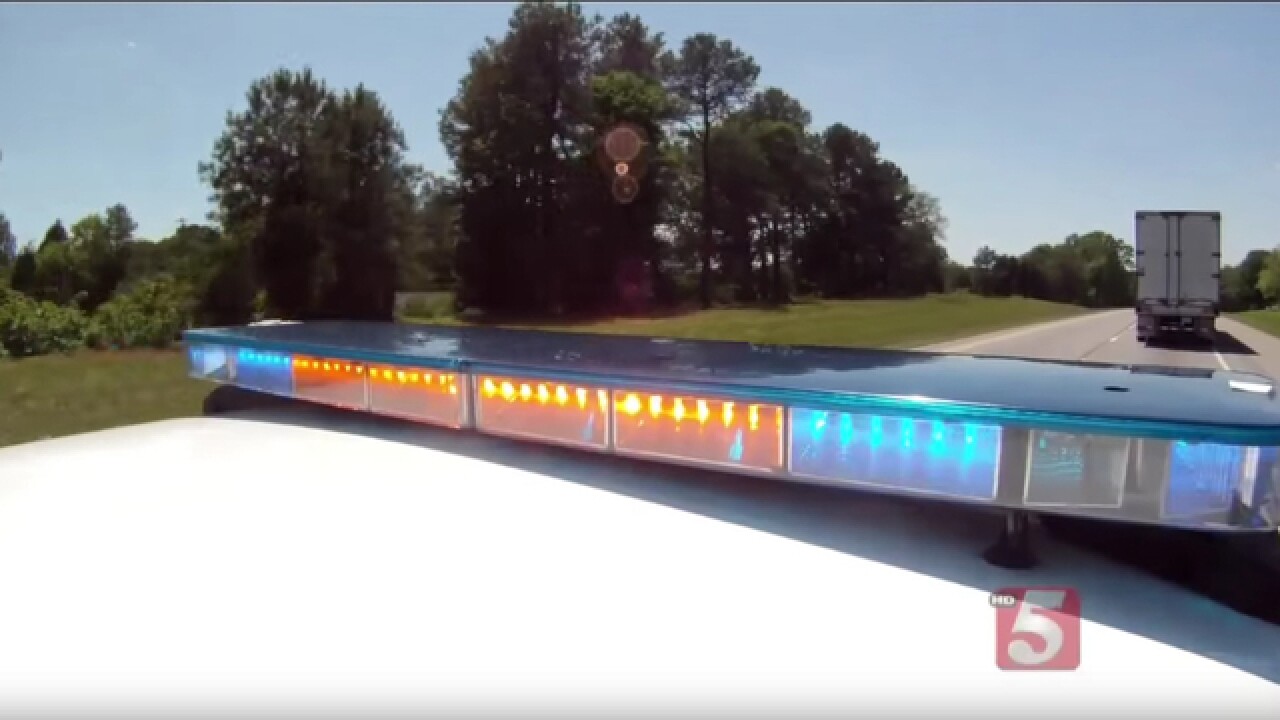 NASHVILLE, Tenn. --  A federal judge has questioned whether one of Tennessee's top drug agents made up a reason to stop two Hispanic men on the interstate.

Shane Daugherty admitted on the witness stand that part of his job is to make cases that bring in money for his agency. But, in a stern rebuke, the judge suggested that the officer's agency has not done everything it could to ensure those cases are made by the book.

"Daugherty's credibility suffered from his demeanor on the stand," U.S. District Judge Aleta Trauger wrote in her memorandum issued this week.

"He appeared emotional and nervous at times and admitted to suffering 'sleepless nights' in anticipation of the hearing. Overall, his demeanor and testimony gave the impression that he had an unusually large personal stake in the hearing."

At issue is a stop last year in Robertson county along Interstate 65. The stop occurred in the southbound lanes where officers might expect to catch drug money headed back to Mexico, but this one resulted in the seizure of more than a half kilogram of heroin.

Daugherty claimed that he stopped the two Hispanic men in an out-of-state vehicle -- not because of how they looked -- but because they were speeding.

The problem, Judge Trauger wrote, is that his story does not match the evidence.

"This case boils down to whether Daugherty saw the ... vehicle speeding," the judge wrote. "If not, the stop was illegal, and any resulting evidence must be suppressed."

But "the only evidence" of that traffic violation, she continued, "is Daugherty's own testimony. The court finds, however, that Daugherty's account is not credible."

Federal prosecutors argued that there was no evidence that Daugherty or another officer with him ever perceived the men's race before pulling them over.

Yet, Trauger questioned that interpretation since the officers claimed to have observed a number of other things inside the vehicle as it passed their location.

"It is likely that, if the officers could see these details, they could also see that both occupants were Hispanic," the judge added. "Moreover, the officers undoubtedly could confirm the occupants' race when they pulled up next to the vehicle, supposedly to see what was in the back seat."

Yet, just like in other cases discovered by NewsChannel 5 Investigates, Daugherty was far from home.

The stop occurred in northern Middle Tennessee, just south of the Kentucky border. But Daugherty actually works for the 17th Judicial District Drug Task Force, based in Shelbyville, an hour and a half away in the southern part of the state.  He testified that his agency also has deals with other districts throughout southeast Tennessee.

Under those deals, agencies typically get a cut of whatever cash they take that they suspect may be drug money.

"Is it a fair statement that part of the reason that you were up by the Kentucky border at least 100 miles away from your four counties was the fact that it's better hunting grounds up there?" defense attorney Bill Shockley asked Daugherty in a suppression hearing.

Daugherty agreed that the drug-related activity in that area is "better."

Shockley noted that the Drug Task Force's funding, "is dependent upon your making arrests and seizures because you grab the car; you grab any cash in the car; the contraband, of course, goes.  And you sell those items and retain those items, and they become part of your funding."

In addition, just like the questionable traffic stops caught by NewsChannel 5 Investigates involving the 23rd Judicial District, west of Nashville, the judge was disturbed that Daugherty's camera was not set to record the traffic violations that make such stops legal.

"The failure to employ such simple technological means is particularly egregious," Trauger said. "Essentially, all of Daugherty's traffic stops are pretextual attempts to find illegal drugs.  If a stop is successful at finding drugs, it is likely that the defendant will challenge the basis for the stop.

"It is difficult to imagine a legitimate reason for not making all reasonable efforts to create objective, documentary evidence of a defendant's initial traffic violation."

Interdiction officers generally oppose having to do that.

Still, critics say the judge's ruling sets the stage for these agencies to be asked in future cases about why they don't have proof that they are not just pulling over minorities because of the way they look.

Judge Trauger threw out the evidence against the two men -- Gerardo Ruiz and Luis Alberto Ruiz -- who were indicted on drug charges.

So far, there's no word from federal prosecutors about whether they'll appeal.