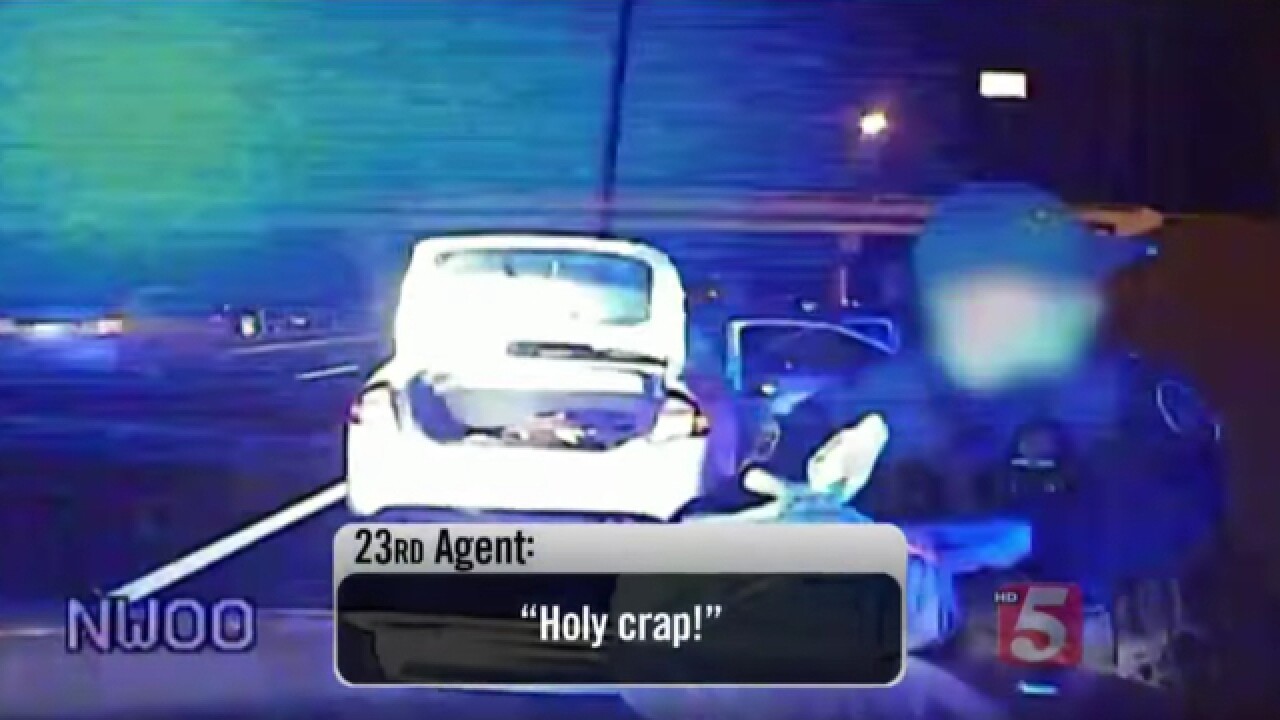 NASHVILLE, Tenn. - NewsChannel 5 has uncovered a brand new "policing for profit" case -- a case that resulted in a New York man losing a $160,000 on a Tennessee interstate.

Even more startling, critics said, the case exposes a major loophole around a new law that's supposed to crack down on such abuses.

Police video, obtained by NewsChannel 5 Investigates, shows how an Indian-American businessman from New York lost the cash during a December 2011 traffic stop along I-40 in Dickson County.

It's money that authorities would eventually be forced to return -- more than a year later.

"It does show that the government did not have a very strong case," said Darpana Sheth, an attorney with the conservative-leaning Institute for Justice.  Her organization has called such practices "highway robbery."

The cash was seized by an interdiction officer from the 23rd Judicial District Drug Task Force. The agency gets its funding by seizing cash -- usually from out-of-state drivers, often minorities -- when officers have suspicions that it might be drug money.

But in this case, instead of using state seizure laws, the agent from the 23rd took the cash to the feds, tying up the businessman's money in the federal courts.

"It's a very formal and, I think, burdensome process," said Peter Strianse, a former federal prosecutor.

That then begins a whole series of back-and-forth court filings.

Strianse said that he often hears from people who've had $10,000 or more seized through federal forfeiture laws -- and he has to tell them to kiss their money goodbye.

"It becomes just a real losing proposition," he said. "You are going to spend three times that amount of money to try to get the $10,000 back that was taken from you."

"So why bother?" NewsChannel 5 Investigates asked.  "You are right a lot of people just don't bother," he answered.

In this case, the New York businessman who was in the passenger seat did not want to admit how much cash he was carrying -- although his driver did tell the officer that they were headed to Memphis to try to buy a convenience store.

"Looking for some work, business here," the driver said.  "What kind of business do you have?" the agent asked.

"Grocery."  "You do groceries?"  "Convenience stores, yes."  Those statements never showed up in the officer's report.

Instead, he noted that a background check revealed that the businessman had previously been "investigated for suspicious currency smuggling."

After convincing the men into consenting to a search, the officer immediately found the cash in a plastic bag in the back seat.

"Hey, what's all this?" the officer demanded. "What's all this money? You said you didn't have any large amounts of money in the vehicle. Turn around for me, ok? Put your hands behind your back. "

That's when his tone became much more adversarial.

"Guys, something's not right. You all are not telling me the truth."

Strianse noted that there's nothing wrong about not telling an officer exactly how much cash you are carrying.

"You would have an absolute right not to answer any of the questions put to you by one of these interdiction officers," he added.

In fact, on the video, the drug interdiction agent seemed to admit to another officer that he really doesn't have much of a drug case.

"I don't know honestly if we can, if we can't link it to drugs, it's still a currency violation," he said.

Still, DA Dan Alsobrooks, who oversees the task force, told NewsChannel 5 that the real responsibility lies with the feds -- in this case, the Drug Enforcement Administration -- who agreed to file the forfeiture action.

"All the DTF did was cooperate with the federal authorities after the traffic stop," Alsobrooks said in an email, adding: "No seizure would have been made at the state level."

And, critics said, that shows why just reforming state laws may not be enough.

Part of the delay in this case was to give the businessman extra time to compile financial records so he could prove the money was legit.

The case was finally closed after the U.S. Attorney's Office asked the man's attorney to propose a settlement to make the case go away.  He offered $5,000 -- and the government took the deal -- giving the man $155,000 back.

Under federal rules, the local agency that seized the money gets 80 percent, while the feds keep 20 percent.

That means the 23rd Drug Task Force still made $4,000 dollars off the traffic stop.

As for Peter Strianse, he had one case involving even more money. Agents from the 21st Judicial District, also working I-40, took $275,000 in 2007 off of an African man who had come to America to buy bulldozers.

He eventually got every penny back -- but it took three years.

"And the man ended up getting sued in Africa and almost lost his home," the attorney said.

"Most people would think that's pretty unfair." we noted.