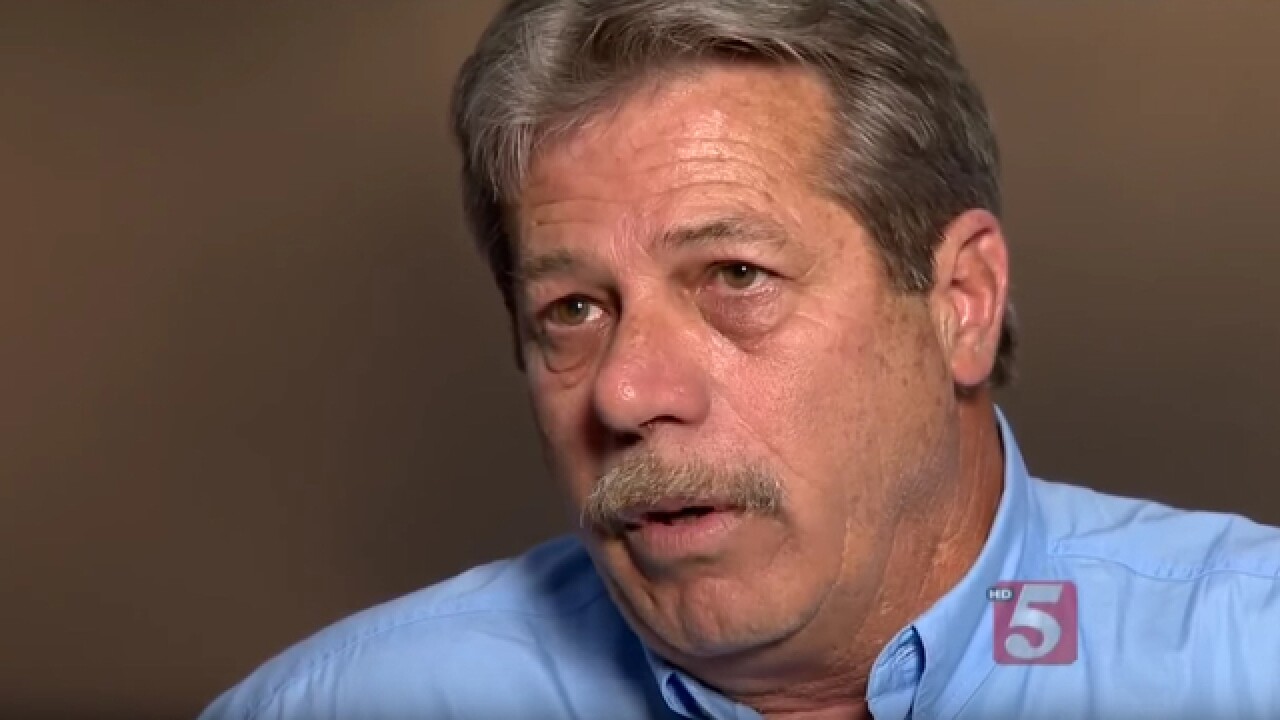 MONTEREY, Tenn. -- "If somebody told me this happened to them, I absolutely would not believe this could happen in America."

That was the reaction of a New Jersey man who found out just how risky it can be to carry cash through Tennessee.

For more than a year, NewsChannel 5 Investigates has been shining a light on a practice that some call "policing for profit."

In this latest case, a Monterey police officer took $22,000 off the driver -- even though he had committed no crime.

"You live in the United States, you think you have rights -- and apparently you don't," said George Reby.

As a professional insurance adjuster, Reby spends a lot of time traveling from state to state. But it was on a trip to a conference in Nashville last January that he got a real education in Tennessee justice.

"I never had any clue that they thought they could take my money legally," Reby added. "I didn't do anything wrong."

Reby was driving down Interstate 40, heading west through Putnam County, when he was stopped for speeding.

A Monterey police officer wanted to know if he was carrying any large amounts of cash.

That's when Officer Larry Bates confiscated the cash based on his suspicion that it was drug money.

"Why didn't you arrest him?" we asked Bates.

"Because he hadn't committed a criminal law," the officer answered.

Bates said the amount of money and the way it was packed gave him reason to be suspicious.

"But it's not illegal to carry cash," we noted.

"No, it's not illegal to carry cash," Bates said. "Again, it's what the cash is being used for to facilitate or what it is being utilized for."

NewsChannel 5 Investigates noted, "But you had no proof that money was being used for drug trafficking, correct? No proof?"

"And he couldn't prove it was legitimate," Bates insisted.

Bates is part of a system that, NewsChannel 5 Investigates has discovered, gives Tennessee police agencies the incentive to take cash off of out-of-state drivers. If they don't come back to fight for their money, the agency gets to keep it all.

"This is a taking without due process," said Union City attorney John Miles.

A former Texas prosecutor and chairman of the Obion County Tea Party, Miles has seen similar cases in his area.

He said that, while police are required to get a judge to sign off on a seizure within five days, state law says that hearing "shall be ex parte" -- meaning only the officer's side can be heard.

That's why George Reby was never told that there was a hearing on his case.

"It wouldn't have mattered because the judge would have said, 'This says it shall be ex parte. Sit down and shut up. I'm not to hear from you -- by statute," Miles added.

George Reby said that he told Monterey officers that "I had active bids on EBay, that I was trying to buy a vehicle. They just didn't want to hear it."

In fact, Reby had proof on his computer.

But the Monterey officer drew up a damning affidavit, citing his own training that "common people do not carry this much U.S. currency."

"Or the money could have been used to buy a car," we observed.

"It's possible," he admitted.

NewsChannel 5 Investigates asked Bates if Reby had told him that he was trying to buy a car?

"He did," the officer acknowledged.

"But you did not include that in your report," we noted.

So why did he leave that out?

Bates also told the judge the money was hidden inside "a tool bag underneath trash to [deter] law enforcement from locating it."

"That's inaccurate," Reby said. "I pulled out the bag and gave it to him."

And even though there was no proof that Reby was involved in anything illegal, Bates' affidavit portrays him as a man with a criminal history that included an arrest for possession of cocaine.

That was 20-some years ago," the New Jersey man insisted.

"Were you convicted?" we wanted to know.

"No, I wasn't convicted," he answered.

But Officer Bates says that arrest -- which he acknowledged was old -- was still part of the calculation to take Reby's money.

"We are entitled not to be deprived of our property without due process of law, both under the Tennessee Constitution and the federal Constitution -- and nobody cares," Miles said.

This year, state lawmakers debated a bill to create a special committee to investigate these "policing for profit" issues. That bill died in the last days of the legislative session.

After Reby filed an appeal, and after NewsChannel 5 began investigating, the state agreed to return his money -- if he'd sign a statement waiving his constitutional rights and promising not to sue.

They also made him come all the way from New Jersey, back to Monterey to pick up a check.

He got the check, but no apology.

"If they lied about everything in the report, why would they apologize?" Reby said.

And, with that, he was ready to put Tennessee in his rearview mirror.

"I really don't want to come back here," he said.

As for the appeals process, Reby was able to provide us and the state with letters from his employers, showing that he had a legitimate source of income.

It took him four months to get his money back, but it usually takes a lot longer for most people.

And that, Miles said, works to the benefit of the police.

He had two clients where police agreed to drop the cases in exchange for a cut of the money -- $1,000 in one case, $2,000 in another. In both cases, that was less than what they might have paid in attorney fees.