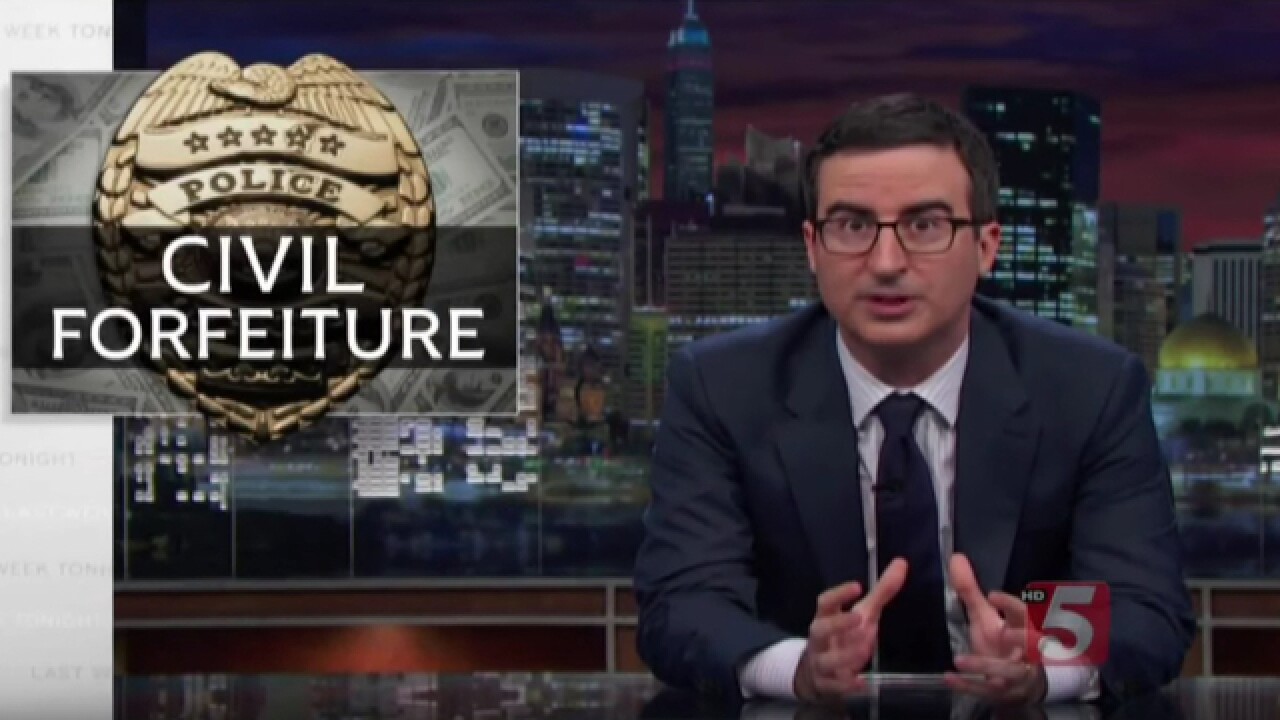 One clip showed an officer from the Dickson Interdiction Criminal Enforcement (DICE) unit, speaking in Spanish and asking a Latino trucker if he had large amounts of cash in his tractor-trailer truck.

“The question ‘do you have cash in the vehicle’ is surprisingly common in traffic stops, and the police are prepared to overcome any language barrier to ask it,” Oliver observed.

Bates wrote up his affidavit justifying the seizure, leaving out Reby’s explanation that he was planning to use the money to buy a car. When NewsChannel 5 Investigates asked Bates why he left that out, he replied: “I don’t know.”

“What do you mean you don’t know?” Oliver exclaimed.

“I expect a better answer from a police officer than a four year old who just spilled grape juice on the couch.“

Under civil forfeiture, police can seize cash or other property from a person -- based on the suspicion that it might be connected to the drug trade -- without charging the person with a crime.