'Policing For Profit' Leads To Two Bills In Legislature 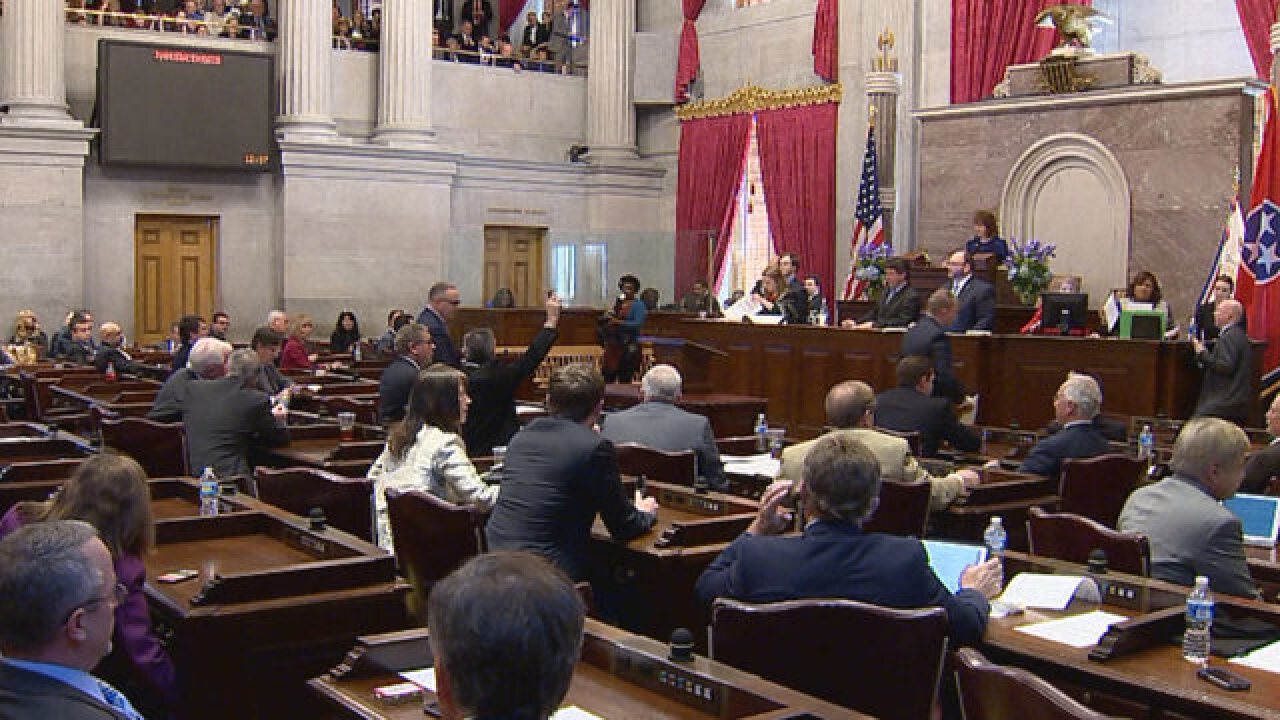 NASHVILLE, Tenn. -- Tennessee lawmakers are gearing up for what could be an intense debate about police tactics.

Our exclusive NewsChannel 5 investigation exposed how some Tennessee police agencies routinely target out-of-state drivers for traffic stops, looking for large sums of cash that their agencies can keep on the suspicion that it's drug money.

"The intent of the bill is to make sure that all of those funds stay within law enforcement, just not specifically with the specific drug task force that is out seizing those funds," said Rep. Vance Dennis, R-Savannah.

When Dennis comes to Nashville, he travels through the 50-mile stretch of I-40 highlighted in our NewsChannel 5 investigation.

At least three drug interdiction units work that area, but our investigation found nine out of 10 stops occurring in the westbound lanes -- that's what agents call "the money side."

"If they are concentrating solely on cash going one way, then they are abandoning the search for illegal substances coming in -- and those substances do a great deal of damage to the citizens and children of our state," Dennis said.

Under legislation he filed, agents could still seize cash that they believe to be illegal drug money. But that cash would no longer go straight back to the agency that seized it. Instead, it would go into a general fund for law enforcement. The state would then hand out grants to police agencies based on their needs.

But the state's prosecutors don't agree with that proposal.

"If it passes as written, it'll essentially do away with the drug task forces and drug enforcement on that level in this state," said Wally Kirby, executive director of the Tennessee District Attorneys General Conference.

Kirby insisted that, without those cash seizures, the DAs would not be able to pay the salaries of the drug agents out there patrolling the interstates.

"When you put someone in a position where they have to seize assets in order to get paid, that's a problem from a law enforcement standpoint," he insisted. "In my mind, it creates a situation that's ripe for abuse."

In fact, our investigation not only exposed drug task force agents making questionable traffic stops, we also discovered cases where innocent drivers had their money taken -- or they were detained for hours -- because officers thought they were carrying too much cash.

Carmina Perez was stopped just across the Tennessee River in Decatur County, where a drug task force officer took $15,000 that she was carrying back to her family in Mexico.

"He kept saying that we Mexicans we all have a reputation of being drug smugglers," Perez recalled.

Vietnamese immigrant Van Huynh was detained for four hours by agents with the Dickson Interdiction Criminal Enforcement (DICE) unit after they found $50,000 cash in his vehicle. It was money that, he said, he had hoped to use to buy a business.

"They kept telling you this is drug money?" NewsChannel 5 Investigates asked.

"Yes, they do," he replied in broken English.

It's a situation that Williamson County DA Kim Helper blamed on questions about whether Tennessee's money-laundering laws cover the transportation of drug proceeds.

"I would love to see our legislature make a change so that we can make those arrests on the sides of the roads with these guys," she told us last year.

Last week, a House committee approved a separate bill designed to respond to that problem. It would clarify that the transportation of drug money is indeed a crime under the state's money-laundering statute.

"If law enforcement is going to bring a case and try to take someone's assets for violating a criminal law, then they need to prosecute them," Dennis said.

The challenge now for both of these bills is that legislative leaders seem to be of a mind to put off anything that's too controversial so that the legislature can adjourn before election season.

Still, Dennis said he hopes to, at least, to begin the conversation.