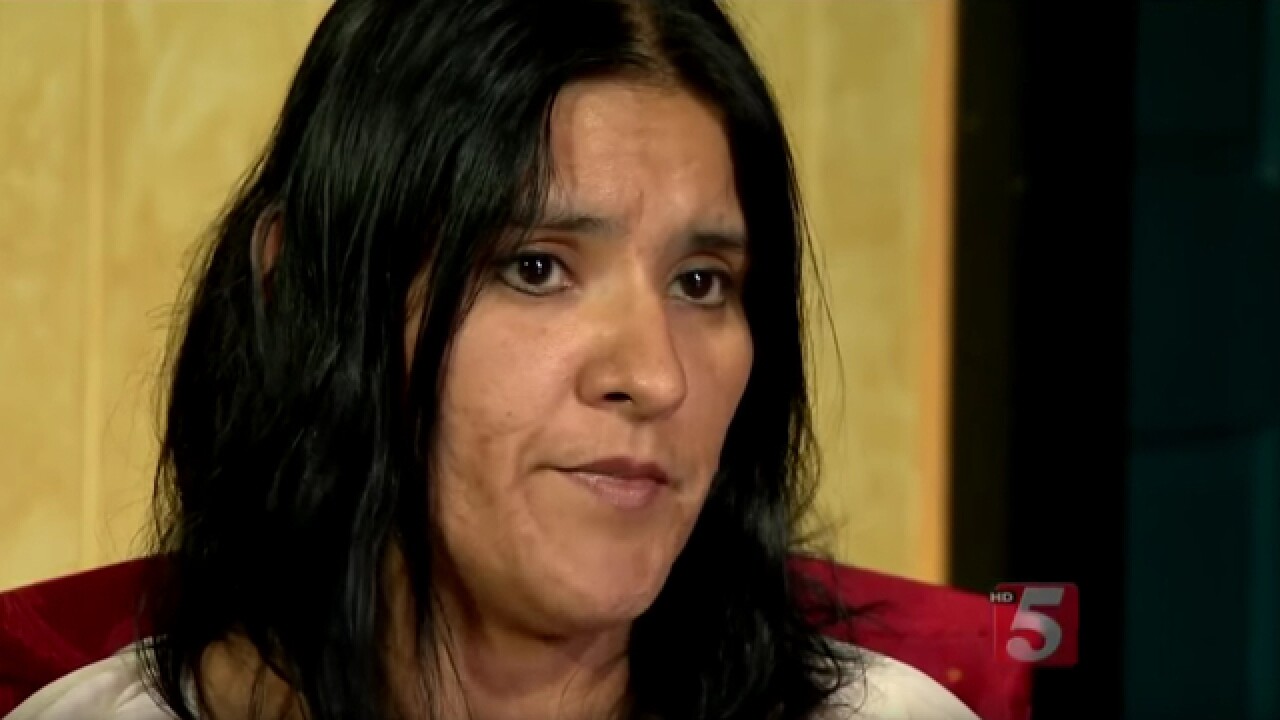 NASHVILLE, Tenn. -- Imagine being stopped on the interstate and put into handcuffs because police think you're carrying too much cash. Even worse, imagine them keeping the money you've been saving for months.

Police insist most of the cash they take is drug money.

But NewsChannel 5 Investigates discovered some innocent victims of a practice that critics call "policing for profit."

Among them: Vietnamese immigrant Van Huynh, who found his American dream in a nail salon he opened in Texarkana, Texas.

"Was that a big moment for you to become a citizen?" NewsChannel 5 Investigates asked.

"Oh, yeah," he answered in broken English. "I very happy."

Huynh came to the U.S. in 1999, becoming an American citizen seven years later.

But nothing prepared him for what he'd encounter when he got stopped by DICE -- the Dickson Interdiction and Criminal Enforcement unit.

Huynh was on his way back to Texas after a long trip to Virginia where he'd hoped to pay cash for his third nail salon.

Huynh admitted that he did not tell the officers that he had money "because too much cash, I don't want to have trouble because I'm in hurry on the way home."

What Huynh did not know was that DICE gets its funding -- thanks to a Tennessee law that lets police take cash off of drivers if they have reason to suspect that it's drug money.

After he gave them permission to search his vehicle, officers discovered a bag. Inside it, they found $50,000 cash wrapped in aluminum foil.

Still, Huynh thought it was his right as an American citizen to tell the police it was none of their business.

"You told them, I don't want to talk about it, I just want to go," we wanted to know.

"They took you to police headquarters?"

There, inside Dickson police headquarters, detectives questioned Huynh for four hours, demanding that he prove why he was traveling with so much cash. DICE documents show that Huynh was stopped at 8:44 a.m., but the cash was not returned until after 1 p.m.

"They kept telling you this is drug money?" NewsChannel 5 Investigates asked.

Veteran Nashville lawyer Gary Blackburn, who has filed numerous civil rights cases, says the officers' approach "suggests that the mere possession of money makes you a criminal, which is absurd."

He added that what's really outrageous about the Huynh case is that 50,000 Americans gave their lives supposedly to bring freedom to Vietnam.

"Then one of those persons comes here for freedom and is subjected to an attempted shakedown, it looks like, by police officers," Blackburn added. "No one should have to endure that."

It also happened to Carmina Perez and her 10-year-old son just after they crossed the Tennessee River into Decatur County. The two were on the way to see Perez's mother in Texas and her father-in-law in Mexico.

Perez freely admitted to the interdiction officer that she was carrying $15,000 to help her family with their medical bills.

"He kept calling me a liar," Perez told NewsChannel 5 Investigates. "He kept saying that we Mexicans we all have a reputation of being drug smugglers, that that's what I was going to use it for. I kept telling him no."

After four hours on the side of the road, agents took Perez's money, forcing the family to cancel their trip home.

And she's not alone.

Our NewsChannel 5 investigation found case-after-case where other innocent people also had their cash taken by people who are supposed to be enforcing the law.

Shelby County: Memphis police took $32,000 from an African-American woman -- money she'd been saving for a down payment on a building that she planned to buy the next day. A state administrative law judge later called it "highly inappropriate ... to deprive a citizen of her property based simply on such speculation and  conjecture."

Hamilton County:  A sheriff's deputy seized $28,000 from a Vietnamese businessman -- money that the man had borrowed to buy a restaurant. A judge later ruled that was "not the proceeds from the sale of drugs."

Bradley County: Police took $20,000 from an African-American man who had won the Georgia Lottery. The man said he had been to Knoxville trying to buy a car. A judge later ruled "there was no proof that Claimant had any connection with illegal drugs."

In another case, police seized $31,000 from a Korean businessman who had collected the money as repayment of a loan. A judge later ruled that "there was no 'reasonable suspicion' or 'probable cause' to make the traffic stop."

Also, in Bradley County, a Tennessee Highway Patrol officer took $135,504 from an African-American businessman who had been using cash to buy flooded properties in New Orleans. The money was returned after the state failed to pursue the case.

Monroe County:  Police confiscated $17,300 from three Hispanic men. They were about to wire the money to family in El Salvador to buy a house. A judge later ruled that "there was absolutely no proof that Claimants sold any drugs."

Sullivan County:  An interdiction team took $27,500 from a Hispanic man. He was transporting the money his mother had saved to Virginia, where she'd moved from California. The state later returned the money to the woman.

Gary Blackburn said those cases show there's something wrong with a system that has officers policing for profit.

NewsChannel 5 Investigates asked Perez, "So how long did it take you to get your money back?"

"It took me about two years," she answered.

As to how many innocent people are searched and detained in the search for cash, no one knows for sure -- since most agencies claim they don't keep such records.

We asked Van Huynh, "Are you surprised that this happens in America?"

Interdiction teams insist there are protections.

After officers take money that suspect is drug money, they have to get a judge to sign off on the seizures. Still, those judges have to take the officers' word and, as we saw in the cases we uncovered, it can often take innocent people more than a year to get their cash back.

Defense attorneys also tell me that sometimes people don't bother trying to fight the seizures because hiring an attorney might be so expensive that it's not even worth it.