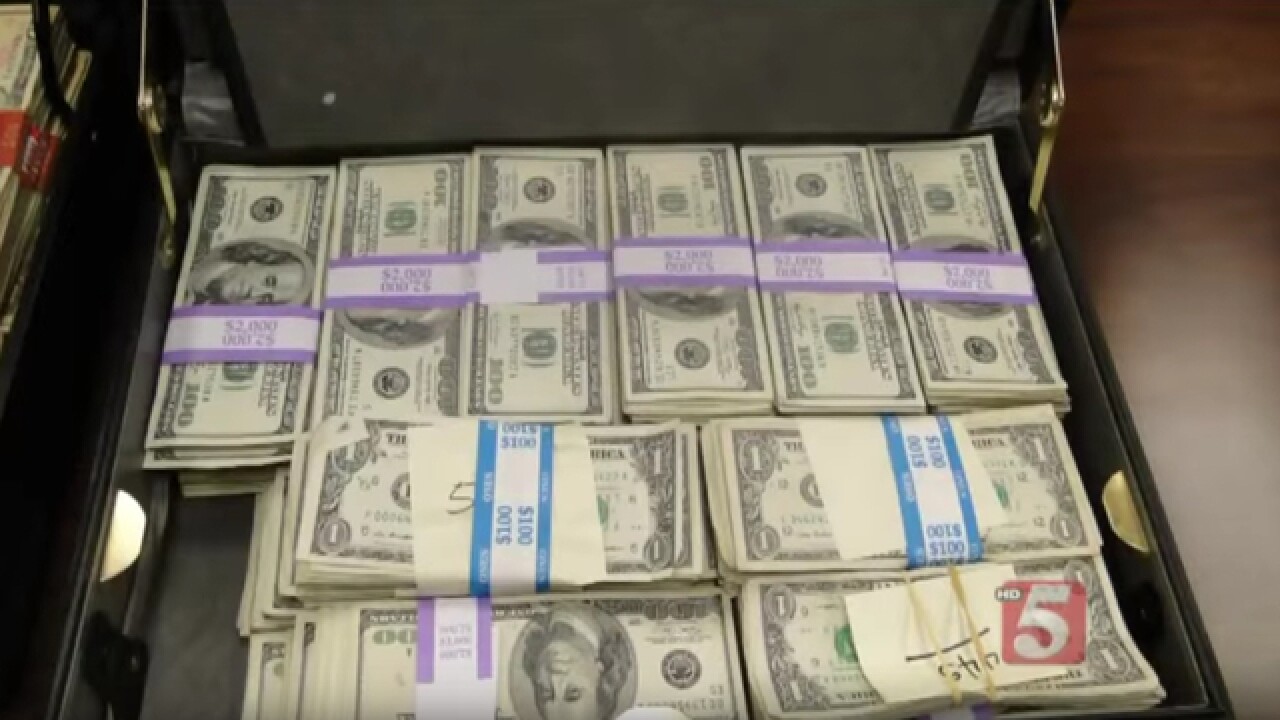 NASHVILLE, Tenn. - There was stunning testimony Wednesday before a state Senate committee as a local drug task force found itself facing tough questions.

The director of the 23rd Judicial District Drug Task Force responded to those questions -- about whether his agency was "policing for profit" -- with new claims that agents are really taking money out of the hands of terrorists.

While there's absolutely no evidence that the terrorism claim is true, the task force director ended up inadvertently conceding that interstate interdiction units do indeed have a profit motive.

As the Senate Judiciary Subcommittee opened hearings on Tennessee's drug task forces, the spotlight quickly focused on the 23rd, which operates along I-40 in Dickson County.

Hicks directs the task force that received so much attention from NewsChannel 5's "Policing For Profit" investigation -- and his testimony had senators shaking their heads.

"I had a hard time understanding why somebody would come to testify before us who didn't have any answers to the questions that we asked," said the subcommittee chairman, Sen. Mike Bell, R-Riceville.

Senators especially wanted to know about a traffic stop exposed by NewsChannel 5 Investigates where an agent from the 23rd took $160,000 from a New York businessman, using federal seizure laws, even though the officer admitted on the video there was no evidence tying it to drug trafficking.

"I don't know honestly if we can, if we can't link it to drugs, it's still a currency violation," he told a fellow officer.

Bell read that quote to Hicks.

"I would prefer to listen to the video than I had the media report, just to be honest with you," Hicks responded.

The drug task force director not only questioned whether the officer really made that statement, but then he then dropped what sounded like a bomb shell.

"Then why was it returned to him?" asked Sen. Brian Kelsey, a Germantown Republican who chairs the full Senate Judiciary Committee.

In fact, our investigation discovered that the U.S. Attorney's Office returned the man's cash more than a year later after investigators could not make any kind of a case.

"When they were pressed on it when there was a case pending in federal court, when it was put-up-or-shut-up time, they couldn't produce a single shred of evidence to support these allegations," said the businessman's attorney, Olin J. Baker of Charlotte.

"At this point, they are making things up that's absolutely not true."

The attorney argued that agents from the 23rd are just trying to keep lawmakers from taking away their ability to seize cash from drivers -- because that's how they get paid.

In fact, Hicks conceded to lawmakers that "they know that if the money dries up, then they don't have job."

And it's that profit motive that now has lawmakers questioning whether those task forces need some tighter controls.

"That's what concerns me."

As for the terrorism allegations, the U.S. Attorney's Office also told NewsChannel 5 that it reviewed all of the evidence in that seizure case, prosecutors concluded there was no evidence that would allow the government to keep the cash.

"After a thorough review of the evidence in this case, including all information supplied by law enforcement agencies and the claimant, it was determined that the currency seized was not forfeitable under applicable statutes," the office said in a statement.

As for the subcommittee, Bell said they are looking at legislation for next year's session that would make sure that these task forces have real oversight to make sure citizens' rights are not being violated.