What Happened To Investigation Promised By Police? 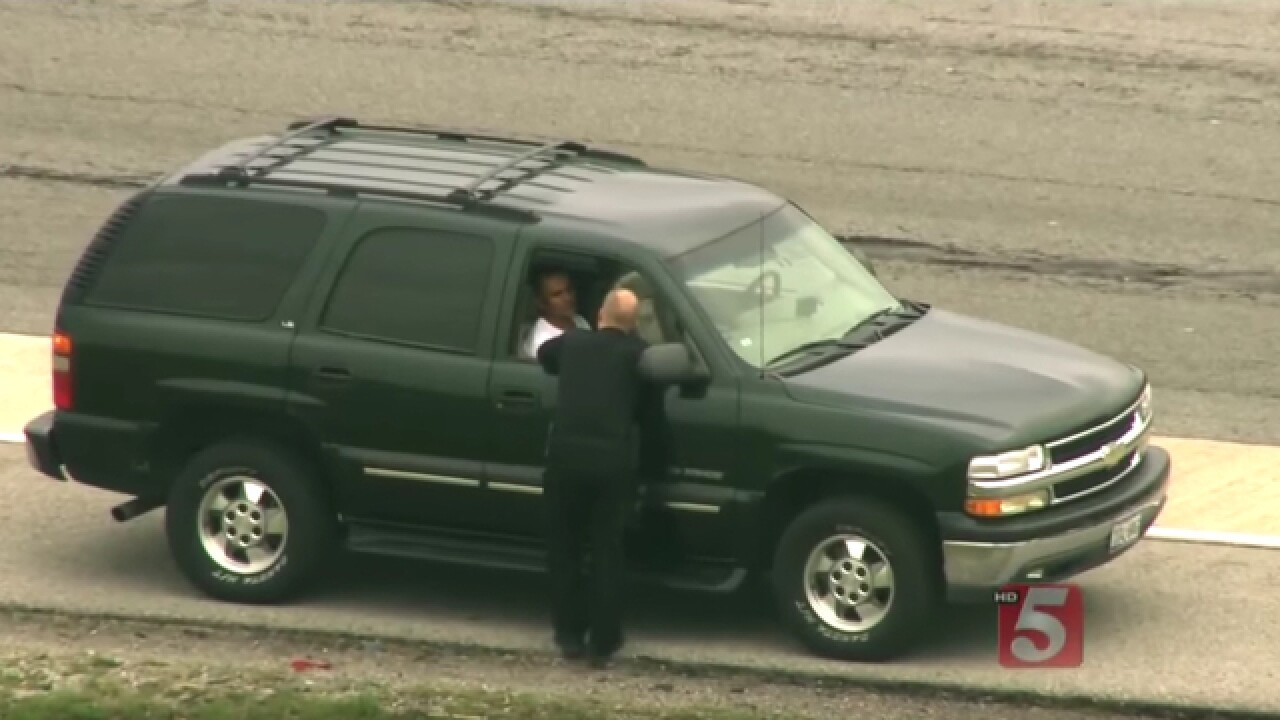 NASHVILLE, Tenn. -- There are even more questions about whether anyone's looking out for the rights of innocent drivers west of Nashville.

Authorities there promised a thorough investigation after NewsChannel 5 Investigates caught a questionable traffic stop on video.

That was six months ago.

As our "Policing for Profit" series first revealed, interdiction officers from three separate units target out-of-state drivers out west of Nashville, looking for drugs or -- more often -- drug money that their agencies get to keep.

That means lots of innocent people also get stopped and frequently searched.

"Every time they stop somebody it is a legal traffic stop," said Dickson Police Chief Rick Chandler, who serves as chairman of the board for the 23rd Judicial District Drug Task Force. I-40 runs through three of the district's counties: Cheatham, Dickson and Humphreys.

But what a supervisor for the 23rd did not know when he stopped two Hispanic men in an SUV with Texas plates last spring was that NewsChannel 5 Investigates had been watching from Sky 5.

"Hey, the reason I stopped you was you were coming outside your lane of travel. I don't know if you're getting sleepy or you're not drinking are you?" he told the men.

We showed the video to Chandler.

"[On] the tape, it was not weaving," the chief acknowledged. "It did not cross the line. You're right."

"He never weaved once, did he?"

"No, he stayed within his lane of traffic."

As a result, Chandler asked the District Attorney General Dan Alsobrooks to bring in an outside agency to investigate.

"It will be looked into," he insisted.

So what happened after that request got to Alsobrooks, whose office oversees the task force?

"I checked with the Highway Patrol and several of the other DA's interdiction units to see if anybody would agree to do that, and nobody wanted to do that," the DA said in a recent interview.

Did he ask the Tennessee Bureau of Investigation?

Instead, Alsobrooks decided there was really nothing to investigate.

"We didn't have a complainant," he said. "The person that was stopped didn't complain."

That excuse did not sit well with Jerry Gonzalez, a former Secret Service agent who has made a name for himself as a tenacious civil rights lawyer.

Alsobrooks said that the officer claims he saw something before Sky 5 got on him.

But Gonzalez says there's no law that makes it a crime for a driver to momentarily cross a line on the interstate.

And, remember, the task force supervisor claimed to be worried that the driver had been drinking.

NewsChannel 5 Investigates asked Alsobrooks, "When you look at that video, does that look like someone who's in danger of running off the road?"

"I'm not an expert in interdiction. I don't pretend to be one. I'm a prosecutor, not an interdiction officer."

Our NewsChannel 5 investigation uncovered other videos where that same officer stopped drivers for crossing over the white line, even though he admitted that pot holes in the middle of the road made it almost impossible not to swerve. Gonzalez says that's just not a legal stop.

And even though these are supposed to be legitimate traffic stops, our investigation also discovered other cases where that same supervisor pulled over other out-of-state drivers for questioning without ever telling them why he stopped them.

So NewsChannel 5 Investigates asked to see all of that same supervisor's videos. But the DA's office stalled for months, first arguing that would violate the drivers' privacy. Then, they said that all but a handful had been routinely destroyed.

"The officer in question is doing a very difficult job under very dangerous circumstances trying to interdict drug dealers on the interstate, and I'm not going to stand in his way doing that," Alsobrooks said.

Gonzalez's response: "Wah, wah, wah -- we all have tough jobs. And he should question because, as the saying goes, absolute power corrupts absolutely."

We asked Alsobrooks, "Is it not your obligation to make sure that citizens' rights are not being violated?"

"Phil, we've had almost zero complaints over the years on any of the officers, but this particular officer almost none," the DA answered."If he was out there violating people's rights, I would expect to see some complaints."

"Who would they complain to especially if they are an out of state individual? Once they are back on the road, it's out of sight, out of mind. They are just not going to take the time to complain."

"I think that your investigation probably suggested the fact their focus had been on one side of the interstate versus the other," Alsobrooks added. "As I've said, I've talked to them about that. I think that is probably the area where you might be able to see a change in."

Our NewsChannel 5 investigation has also discovered that officers with the 23rd have been paid thousands of dollars in bonuses, some years higher than others.

But the DA says those are not tied into how many drug busts they make or how much money they seize.