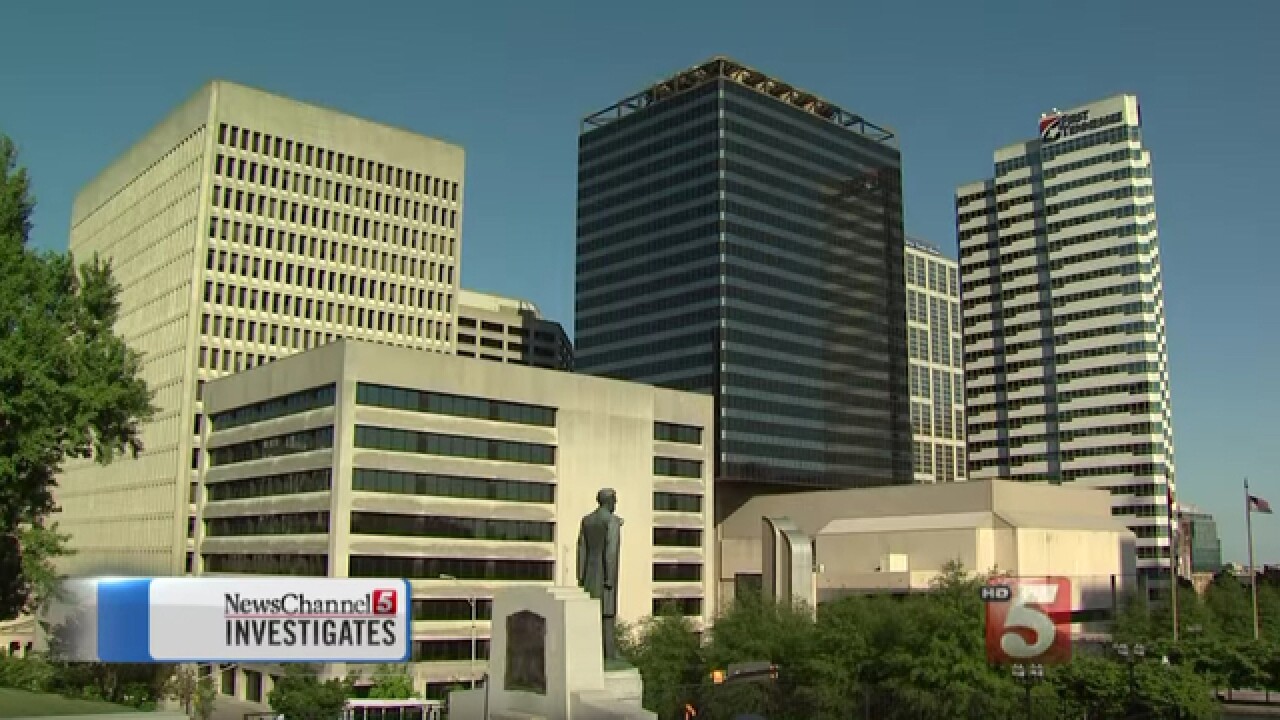 NASHVILLE, Tenn. -- When you hear the word "expected," that may not really mean expected.

So says the company that got a multimillion-dollar contract from the Haslam administration to outsource the management of state buildings.

But our exclusive NewsChannel 5 investigation discovered that the difference between the "expected" savings for taxpayers and reality may be tens of millions of dollars.

Inside the mechanical room of the John Sevier Building, Jones Lang Lasalle officials told us, you can see how they're saving taxpayer money.

"We removed filters that were over two years old," said JLL facility manager Paul Rockey. "They were just black and thick with dust and debris -- you name it."

They also cut access doors in air handlers so coils could be cleaned for the first time.

"On average, each air handler improved its cooling efficiency by over a thousand percent," said JLL executive John Padgham.

"What we are doing is working, it's really working in a big way," Padgham said. "We are going to save the taxpayers of Tennessee tens of millions of dollars."

But nailing down how much the company's big facilities management contract will really save is no easy task.

"I showed the slide where the projection was about $18.8 million," the governor's chief of staff, Mark Cate, told the legislature's Fiscal Review Committee back in July.

Cate pointed lawmakers to a $1 million study done two years ago by JLL.

If the state managed its facilities right, the company suggested, the "expected results" would be savings of $18.8 million a year -- $94 million over five years.

"We saw early on that there was a potential of almost $20 million a year for over five years - so almost a $100 million," Cate added, later saying that the administration conservatively expected savings of between $50 million and $100 million.

NewsChannel 5 Investigates asked Padgham, "Is there anyway that the state could possibly save $94 million?"

"That's a tricky question," he answered.

JLL got the contract last year.

But recent projections provided by the Haslam administration show they're only counting on savings of $33.4 million during the five-year contract.

That's about a third of what JLL had said could be "expected."

"This is bait and switch -- plain and simple," said Rep. G.A. Hardaway, D-Memphis. He sits on the legislature's Government Operations Committee, which recently voted to put the state Department of General Services under the microscope.

NewsChannel 5 Investigates asked Padgham, "Is it wrong for state officials to look at this and say this is what we have a right to expect?"

"That was never the intent of that study," he answered, "to say here's what you can expect."

Padgham said that JLL was only telling the state how its spending compared to industry averages when it listed the "expected results."

"It was not a guarantee that that much cost could be driven out. It was simply the math that showed the difference between what the state was spending and what private sector averages were."

"If you were that far off, who can hold any contract, hold any job, and only be right a third of the time," he said.

But our investigation discovered that, when the contract was put up for bids, JLL's competitor -- CBRE -- said it could save $10 million a year, while JLL claimed $13 million.

Of that amount, the company said $5.5 million would come from cutting the state's $6 million budget for security in state buildings. That's a cut of more than 90 percent.

"That's not realistic, is it?" we asked Padgham.

Padgham admitted that JLL did not take into consideration the fact that state government buildings have different security needs from ordinary office buildings.

They also did not realize that the state used inmate labor when it said it could cut landscaping costs. The company will not use inmates; so those costs will actually go up.

Hardaway questioned why those numbers where not a red flag for the Haslam administration.

"We have a company that has told us they don't know what they are doing, that they are off the mark so far, so far that we can say that they aren't experts," the Memphis Democrat said.

Padgham said that JLL is saving lots of money by have its employees do work that the state once hired contractors to do.

"You may not get each category exactly, but when you add it up to the bottom line, you get there," he added.

In fact, when the contract was signed, JLL and the state announced it would save taxpayers $50 million over five years.

That's $10 million a year -- less than what the company put in its bid, the same amount as the losing bidder.

"We can't get $12.9 million in year one -- it's just not possible," Padgham said. "It takes time to get this equipment operating the way it's supposed to be."

And even though the Haslam administration may be conservatively budgeting a smaller number, Padgham said he believes what the company announced is doable.

Which is about half of what some thought, based on JLL's advice, could be "expected."

JLL noted that half of its management fee is dependent upon hitting certain cost-savings goals, but those goals are not necessarily tied to what the company promised.

They are set each other through negotiation between JLL and the state.