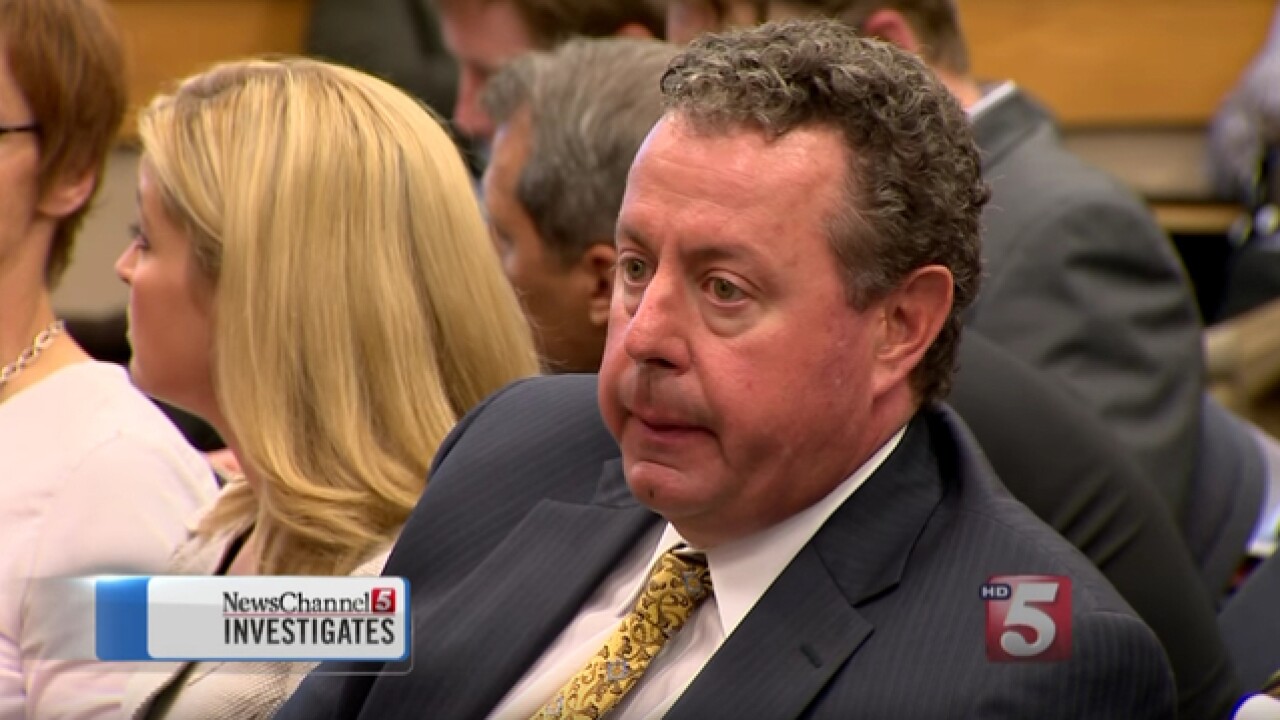 NASHVILLE, Tenn. -- The man who led the charge to outsource big chunks of Tennessee state government to private business has called it quits.

The governor's office announced Friday that General Services Commissioner Steve Cates is leaving to return to the private sector.

The governor's office now claims that this resignation had been planned for a long time.

In the announcement, Gov. Bill Haslam said that Cates helped with "bringing state government into the 21st Century."

Still, the Brentwood developer, known for his steamroller style, leaves behind a trail of questions.

"This is the way we've always done it - with a big red line through it," Cates said in a video posted on the Department of General Services' website.

It was that attitude that he brought to the task given him by Gov. Haslam -- a task to take jobs once done by state employees and turn them over to private business.

The administration hired an international real estate firm, Jones Lang Lasalle, to study the condition of the state's buildings, then signed a massive contract for JLL to take over management of those buildings.

"Really just trying to put the message out there, we've got big problems and we need to deal with this," Cates recently told NewsChannel 5 Investigates when asked if there was anything that he would have done differently.

While Cates drew praise from lawmakers during a recent meeting of the legislature's Fiscal Review Committee, there have been questions about his approach.

Take, for example, his push to let JLL handle state leases and demand commission from landlords. It was a plan that, the state's top money watchdog wrote in an email, "seems very wrong."

There were also questions about claims that Cates made to lawmakers about the need to demolish the Cordell Hull state office building, describing it as having a $40 million water problem.

"That is a very unique situation in that it is leaking," he told the House Finance Committee earlier this year. "There's not $40 million available to spend to get it where it doesn't leak, where there's not mold, where there's not mildew. I think that's the main issue."

The real estimate for waterproofing the building: $2.8 million.

"You know, I don't want to call anybody a liar but, oh, he was grossly misinformed if that's the number he gave us," said House Democratic Caucus Chair Mike Turner of Nashville.

And there were questions about how Cates' department outsourced the maintenance of all state vehicles, where Bridgestone ended up being the only bidder, and how the administration outsourced the state's motor pool to Enterprise Rent-A-Car without giving any other company a chance to bid for the job.

A recent analysis by the staff for the Fiscal Review Committee concluded that a rush to get the contracts done "may have reduced competition."

"As a business man, if one of my managers came in and done this with my money, I probably would have fired them," Rep. Mark Pody, R-Lebanon, said when NewsChannel 5 Investigates first showed him the Enterprise contract.

"You would have fired them?" we asked.

"I would have fired them," Pody said. "This is not the way it's done."

The governor's office insisted that Cates never intended to stay in government service for more than two years and that, after two-and-a-half years, he decided that it's time for him to return to his business as a real estate developer.

Haslam said Steve Cates' legacy is that state buildings will be better cared for and taxpayers will save a lot of money.

So far, that $20 million hasn't shown up in the state budget, although the administration insists that it will eventually.

Cates' last day will be August 20, the governor's office said. No announcement was made on his replacement.