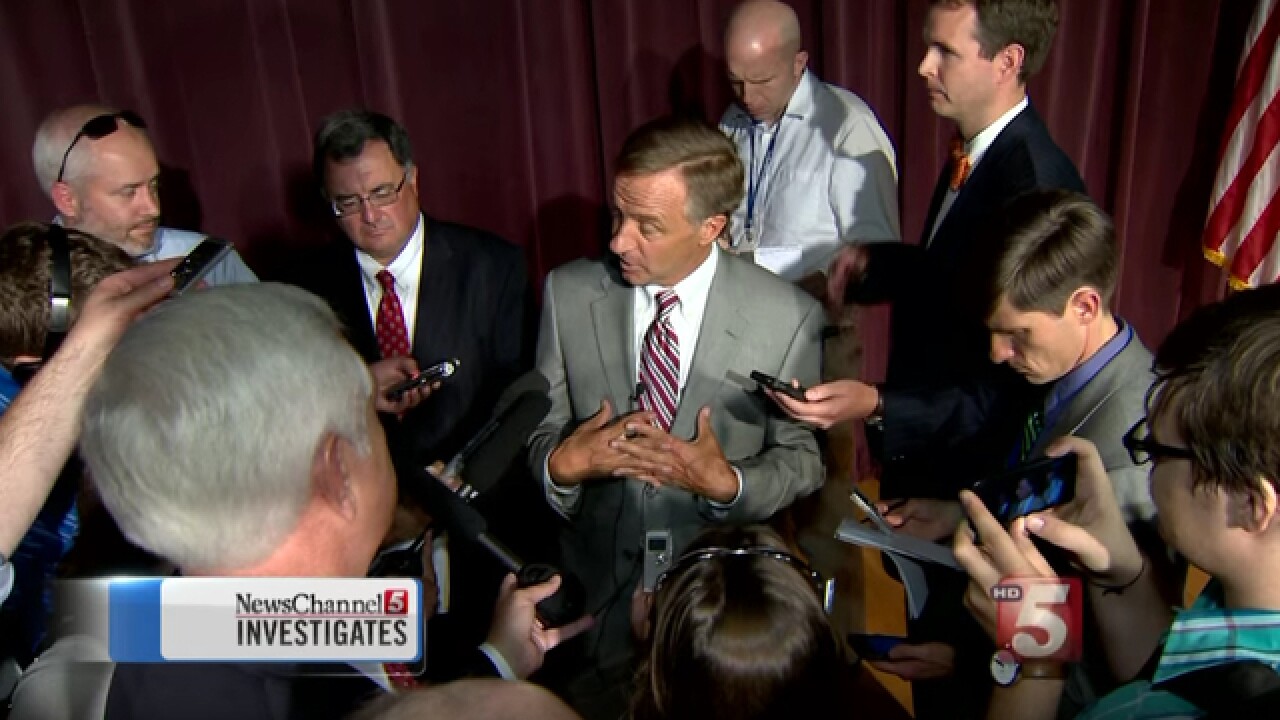 NASHVILLE, Tenn. - Tennessee Gov. Bill Haslam responded Tuesday to questions about how his administration has handled millions of dollars in state contracts.

The governor acknowledged that a few mistakes may have been made.

Still, he insisted that the public's interest has been his only motivation.

Surrounded by reporters, the governor was emphatic about his administration decision to outsource large chunks of state government -- the most recent being a $330 million contract to manage all state buildings.

"This is a contract that's going to save the state a hundred million dollars over the next years," Haslam said.

That contract went to Jones Lang Lasalle -- a company that candidate Bill Haslam listed among his investments.

"Is there any sense in which you stand to gain personally from that contract?" NewsChannel 5 Investigates asked.

Haslam noted that JLL was not on the last financial disclosure filed right before he put his investments into a blind trust, although he could not say whether he currently owns any piece of the company.

The governor did acknowledge that a meeting with JLL officials at the Governor's Residence in April 2012 was about more than just the $1 million consulting contract they had at the time to study the condition of the state's buildings.

After that meeting, the administration began pushing a string of amendments to extend the JLL contract -- without any bidding.

"Were you involved in those conversations about those extensions?" NewsChannel 5 Investigates asked.

"No," the governor said.

"We had the dinner because at this point in time we were thinking about them obviously managing a big chunk of the state's business, and I wanted to have a face-to-face conversation just like I was if I going out to hire an individual to do something. To me, there's nothing extraordinary about that at all."

But when the facilities management contract was put up for bids, two of the three members of the selection committee came from the governor's own staff.

"Did you interview any of their competitors?" we asked.

"I didn't," the governor admitted, "because I wasn't part of the selection process."

Still, Haslam insisted that he believes taxpayers will be the winners.

"Look, anytime you make a big change in state government, does everything in the process go about perfectly? No. This is new territory we're in. There's literally no other states who have done what we've done."

The legislature's Fiscal Review Committee is taking a look at several contracts awarded by the Haslam administration.

But, in the end, the governor said that he doesn't think that those reviews will uncover any significant wrongdoing.