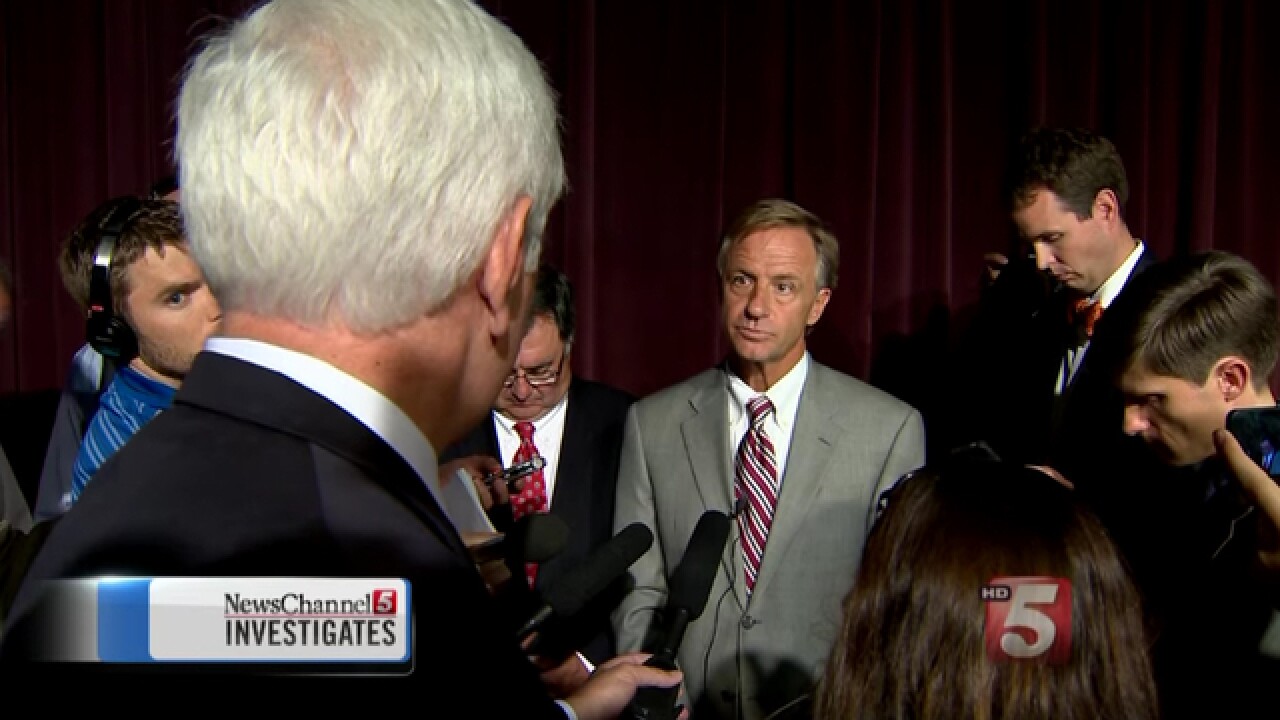 Following an economic development announcement, Haslam had his answer ready, essentially saying that savings are savings.

"I know this that we are saving the state a lot of money. Again, it's interesting to me that your argument's about how much we are saving," he answered.

It was the first time that the governor reacted to our investigation that uncovered questions about the Haslam administration's incredible claims of the money being saved by an expensive reorganization of state offices.

"This is a contract that's going to save the state $100 million over the next 10 years," the governor told reporters last May.

"So 10 years, $100 million," echoed his chief of staff, Mark Cate, in July to the legislature's Fiscal Review Committee.

While the governor and his staff have claimed savings of $100 million from what they call Project T3, we obtained internal estimates showing those savings could come up $80 million short.

And we discovered the administration is claiming savings for canceling leases, worth millions of dollars, that haven't really been canceled.

"I am confident that we are saving the state taxpayers a lot of money on things that hadn't been addressed before," Haslam said.

"So why release lists that have bogus claims on them?" we asked.

"Again, I don't know," he answered. "It's hard for me to know exactly what you are talking about."

"You know, $20 million is good, but where is the $80 million?" the Murfreesboro Republican asked. "So that gives some concern as to why were we given those numbers."

We also uncovered questions about a big contract that the administration gave to Jones Lang Lasalle to manage the state's buildings.

Two years ago, JLL said that, if the state followed its advice, the "expected results" would be savings of $94 million over five years.

But internal estimates show the Haslam administration is now only counting on savings of a third of that amount.

"Are you concerned that there is a credibility problem?" NewsChannel 5 Investigates asked the governor.

"I'm really not," he said. "First of all, I think it's good that we're arguing about how much the savings is. That's a good argument to have in government, right?"

Still, we did get one admission that his administration has been reluctant to acknowledge.

They've spent tens of millions of dollars that was supposed to reduce the amount of state office space by one million square feet by the end of 2013.

The governor admitted they are only about two-thirds of the way toward those projections.