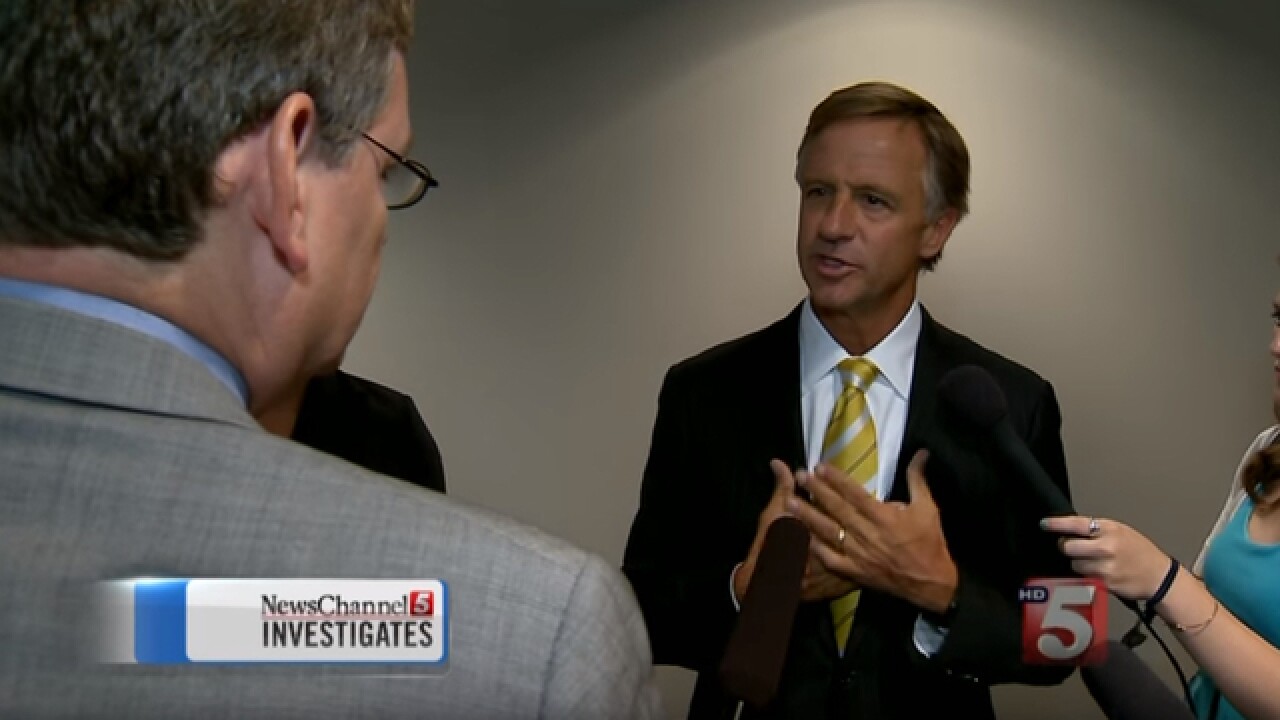 It comes after NewsChannel 5 Investigates revealed Ingram worked on Haslam's re-election while at the same time getting the private payments.

State law requires all campaign expenses to be disclosed for the public to see.

Haslam said Ingram was not paid for the hours he attended and helped organize a re-election planning retreat -- even though he has been on the governor's private payroll for the last two years.

The governor says because Ingram wasn't paid, so there's no violation of campaign finance laws.

Haslam said he remembers just three or four brief conversations with Ingram involving his re-election in the last two years.

"The only exception to that is Tom Ingram did come to a campaign planning event that we did back in November, but everybody there was working for free," he added.

Emails obtained by NewsChannel 5 Investigates show Ingram helped set up the "2014 planning retreat" and suggested having it at a hotel "to get away from government space."

But Haslam insisted Ingram wasn't paid for the hours he worked on that retreat.

NewsChannel 5 Investigates clarified with the Governor, "He's on retainer, so he's being paid by you."

Haslam responded, "But he's on retainer for other work, ok?  I don't know how to make that more clear."

It's an important distinction because state law requires him to disclose payments for campaign work.

NewsChannel 5 Investigates attempted to clarify, "This [2014 planning retreat] was related to the campaign -- and state law says it should be reported."

The governor answered, "There were other people there, the pollster.  He'll get paid, so he didn't charge us for his time because he knows he'll get his money in the campaign.  It's the same thing with Tom."

Haslam said he is not disclosing his payments to Ingram based on principle.

NewsChannel 5 Investigates asked, "Why not just go ahead and disclose?"

The governor has raised similar privacy concerns when it comes to releasing his income tax returns.

There is no law which requires candidates to release their returns, even though past governors have.

But there is a law which requires all campaign expenses to be reported, even in-kind contributions where contributors donate services instead of cash.

The governor insisted that Ingram was not paid, and he did not donate his time as part of an in-kind contribution.