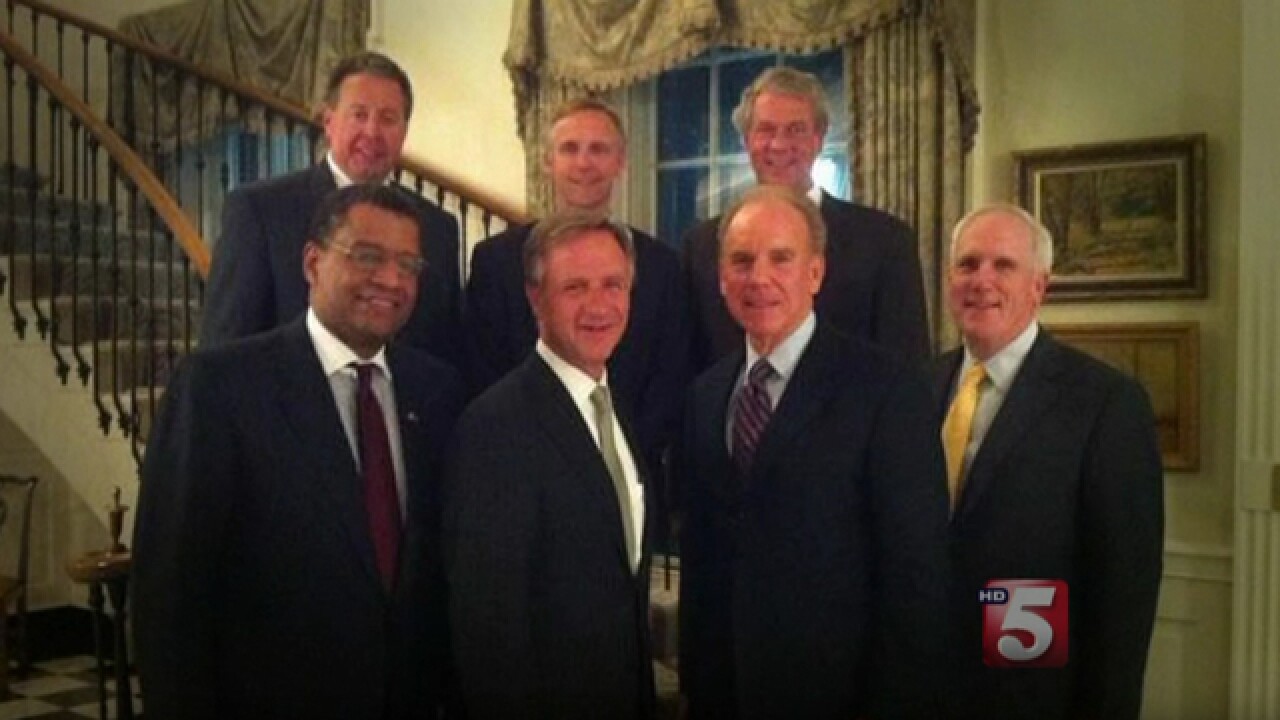 NASHVILLE, Tenn. - Does Tennessee Gov. Bill Haslam have a financial stake in a massive new contract to outsource the management of state buildings?

The Haslam administration insisted that the contract is about saving taxpayer money, not about making the governor richer.

But our investigation discovered the governor's office was directly involved in the decision to give hundreds of millions of dollars of your money to a corporation he knew well.

Recently, the state signed a $330 million, five-year contract with a multinational corporation, Jones Lang Lasalle, to manage all of the state's buildings. It's a company that, our investigation discovered, candidate Bill Haslam listed among his major investments.

"The fact that he was invested in this company that got this contract is disturbing if he's still invested in it," said House Democratic Caucus Chair Mike Turner of Nashville.

Turner said that the public has a right to know whether the governor stands to benefit from the outsourcing effort being pushed by his General Services commissioner, Steve Cates.

The governor's office said that they don't know if JLL is still among the investments that Haslam put into a blind trust.

"Even the fact that he was invested at one time, there was a relationship there," Turner added.

The Haslam administration insisted the contract was awarded through an above-board, competitive process with no political influence.

Still, our investigation discovered that the selection committee was composed of procurement officer Mike Perry and two members of Haslam's own team: chief of staff and former campaign manager Mark Cate and special assistant to the governor Larry Martin.

"Not a lot of independent analysis goes into something when you've got two men working in the governor's office and the other person's job depends upon going along with what they tell him," Turner said.

But our investigation discovered that JLL got the big contract after the Haslam administration paid the firm a million dollars as a consultant to conduct a four-month study of state buildings.

They concluded state employees were doing a poor job maintaining them -- and costing taxpayers too much.

A photo taken during that process -- at an intimate dinner on April 24, 2012, at the Governor's Residence -- shows Haslam with JLL executives, including former quarterback Roger Staubach. Also present

were Commissioner Cates and Mark Cate, who would eventually serve on the selection committee for the big facilities management contract.

"They may have had more information about the state of Tennessee's property and so on, they may have had an advantage over other companies," said Kathleen Clark, a professor at Washington University School of Law.

An expert in ethics for government contractors, Clark questioned the propriety of a consultant recommending a service they just happen to offer.

"You don't want advice, I would hope, where you can predict what the outcome is going to be because it's going to actually line the pockets of the person giving you that advice," she said.

Just three weeks after that dinner at the Governor's Residence, the Haslam administration began lobbying the State Building Commission for an amendment that expanded JLL's consulting contract from $1 million to $4.5 million.

The administration wanted JLL to supervise efforts to modernize state offices a program known as Transforming Tennessee for Tomorrow (T3) -- as well as analyze requests for future building projects.

Emails show the lobbying of the commission was done by the governor's legal counsel and Mark Cate.

"I said that it sounded a little like a sole source but that they may well have good justification."

At the State Building Commission's June 2012 meeting, General Services official Peter Heimbach said that has put together the master plan thus far and so it's our belief that their implementation of this master plan is critical."

Commission members approved the request, but they made it clear they did not want to make a habit of giving out such contracts without giving other companies a chance to bid.

"If we approve today's extraordinary item, that doesn't construe that that's a new policy on our part," Secretary of State Tre Hargett emphasized.

"It's a good deal if you get it, I think," Turner said. "If it's not a sweetheart deal, it's the closest thing to it. They've pretty much wrote their own check."

And, in the middle of all that, our investigation discovered, the Haslam administration decided to take all lease negotiations out of the hands of career state employees.

So they amended JLL's contract again, this time giving the company the right to demand a 4 percent commission from anyone who wanted to lease the state a building.

Now, as a result of JLL's recommendation that certain state buildings - like the Cordell Hull - be demolished, the company stands to make commissions on new leases it is negotiating.

"The key thing is that when the government asks for advice, it should be getting that advice from someone who doesn't have a stake in the outcome," Professor Clark said.

After the Building Commission insisted that big facilities management contract had to be put up for bids, Commissioner Cates' travel records show he flew to Chicago to meet with JLL officials, along with officials
at Motorola to leam about the process they went through in selecting JLL as their facility manager.

General Services officials could provide no evidence that the Commissioner ever met with any of JLL's competitors about their bidding process.

"But this does not pass the smell test."

General Services officials still refused to go on camera to answer our questions.

In a statement, they insisted that they don't see any conflict with the consultant making recommendations, then profiting from those recommendations.

But Professor Clark said the federal government recognized a long time ago that such relationships -- and the perceptions that come with them -- are not good for taxpayers.

That's why, she added, the feds now have protections in place to keep this kind of situation from happening.