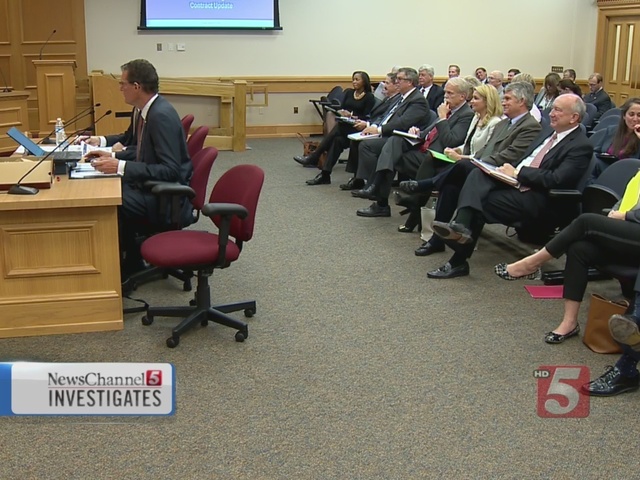 Haslam administration officials have clamped down on what the public can learn about possible efforts to outsource more of state government. 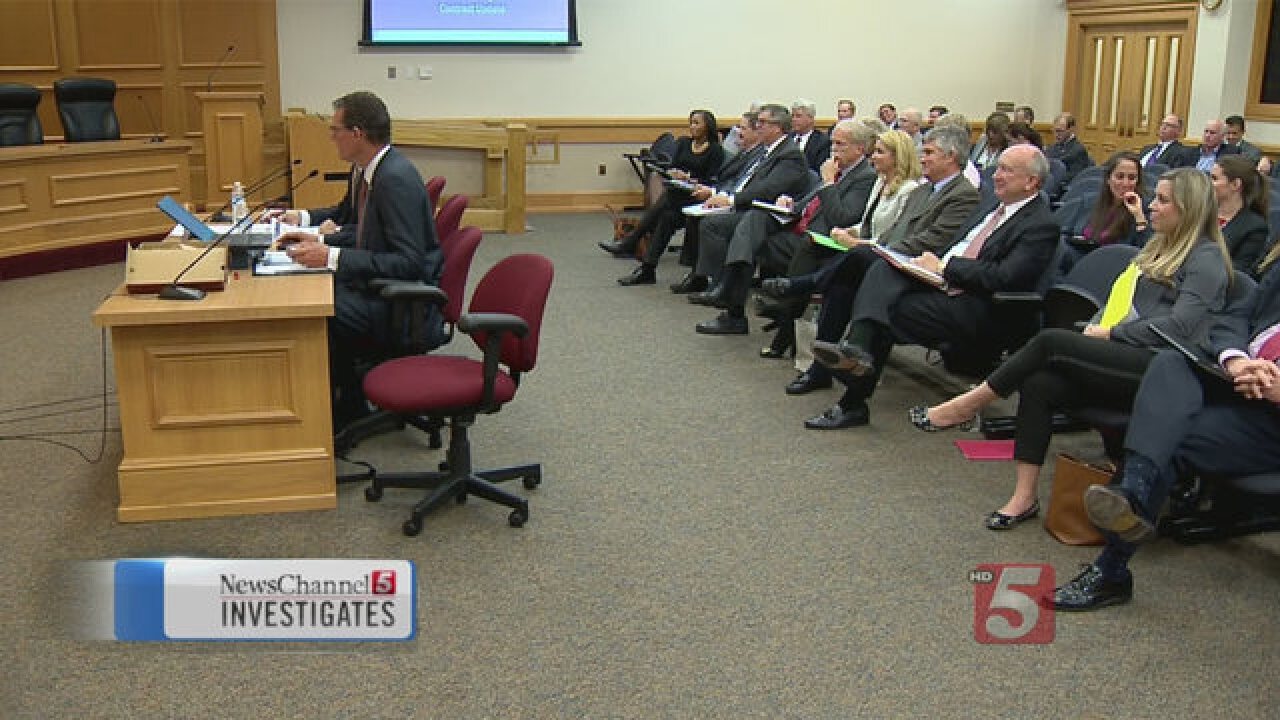 Haslam administration officials have clamped down on what the public can learn about possible efforts to outsource more of state government.

As they tried to put forward a "simple and positive message" to state lawmakers, one official acknowledged Tuesday that staff members have been discouraged from using email or putting other deliberations in writing.

Those restrictions were adopted to avoid any more leaks of documents like those obtained by NewsChannel 5 Investigates.

"We were a little concerned about some of the information that got out prematurely associated with the project," said Terry Cowles, director of the Haslam's customer-focused government program.

"We're trying to manage that in a way that we can execute on this project in a deliberative manner and get to the end result associated with that. So we put that kind of control in place, if you will, to address that."

The admission came in an off-camera briefing with reporters before Haslam administration officials appeared before the legislature's Fiscal Review Committee. (Listen below.)

Administration officials are now considering whether to outsource even more state buildings to a big corporation.

In their presentation to the Fiscal Review Committee, they bragged to lawmakers that the first phase of that outsourcing effort has worked well so far. Two years ago, the state outsourced the management of state office buildings to the Chicago-based corporation Jones Lang Lasalle.

General Services Commissioner Bob Oglesby told lawmakers that he was there "to deliver a simple and positive message."

"Tennessee is pioneering an innovative approach to facilities management, one that is winning awards -- national awards, that is -- improving customer satisfaction and has avoided costs of $12.9 million over the past two years," Oglesby said.

He cited several examples of maintenance problems that were discovered after a private contractor took the job from career state employees.

That has now led the Haslam administration to consider outsourcing college and university buildings, as well as other state facilities.

But our NewsChannel 5 investigation uncovered an internal timetable showing that the privatization push was on a faster track than the governor had previously admitted.

Cowles cited that timetable as an example of why "controls" were put into place in an effort to limit future leaks.

Answering reporters questions on camera after the committee meeting, Cowles defended the decision.

"It is important to us to reach early conclusions that may need to be changed," he said.

"We are reaching some preliminary decisions. You saw it yourself in some of the documents that was provided to you that, quite frankly, have no relationship at all to how we are proceeding at this particular stage. So we are just trying to make sure that when we get information to you, that that's information you can rely upon."

A spokesperson for the Campus Workers United, a group that represents workers at UT Knoxville, argued that such efforts to control leaks will prevent the public from seeing whether the administration's arguments are valid until it's too late.

"That keeps people from weighing in," said Diana Moyer of Campus Workers United. "It seems, as information comes out, we keep finding out little by little that that information is wrong or misleading. They are making claims that can't be verified as far as cost savings."

But the administration insisted that no decisions have been made.

Officials told lawmakers that a decision about what happens next is not expected until the first of next year.