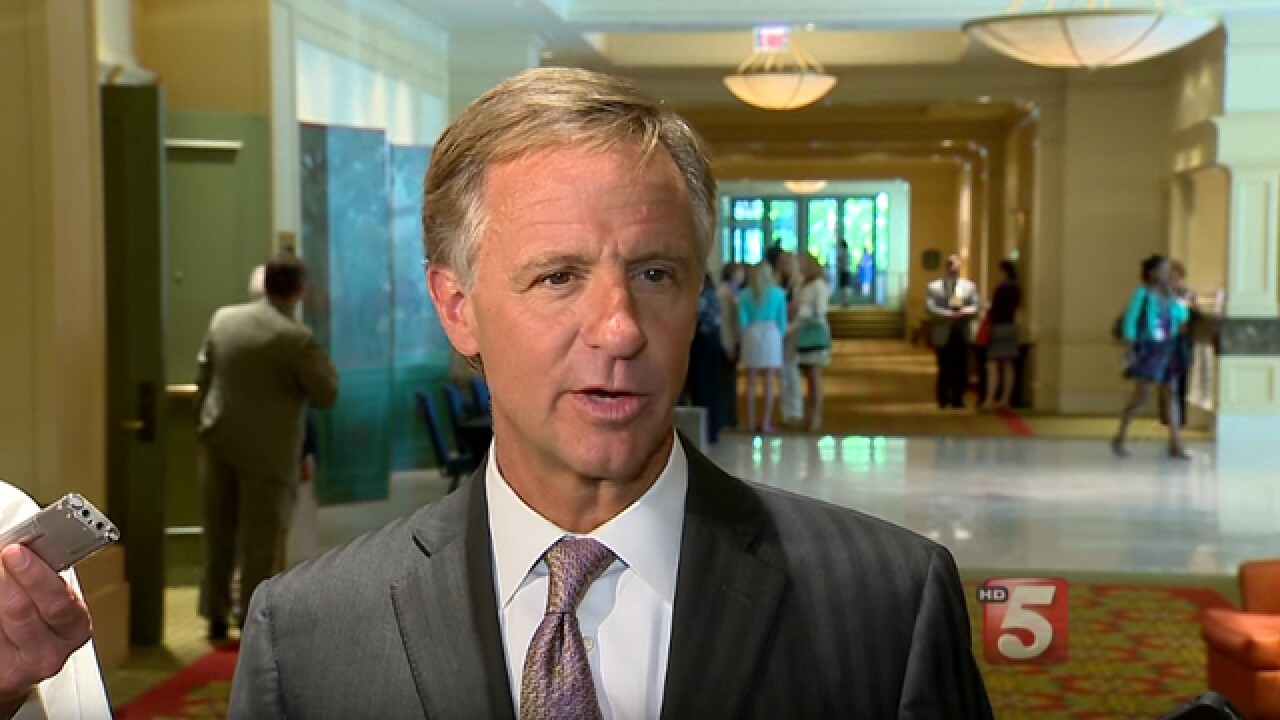 NASHVILLE, Tenn. - Gov. Bill Haslam defended making private payments to lobbyist Tom Ingram on the same day the Tennessee Ethics Commission called on Ingram to answer questions about why he failed to register one of his clients.

Haslam answered questions Monday about his arrangement with Ingram for the first time since NewsChannel 5 Investigates revealed Haslam pays Ingram out of his own pocket.

"From time to time there have been certain issues I have sought his advice on," Haslam said.

But there's one question the governor would not answer.

"How much do you pay him personally?" NewsChannel 5 Investigates asked.

"That's personal," the governor answered. "Like I said, I am paying him personally."

But both said that, when they pay Ingram, it has been out of their campaign accounts, not out of their own pockets.

That way voters can see their financial arrangements on campaign finance disclosures.

NewsChannel 5 Investigates asked the governor, "Should that be disclosed?  Should people know how much you pay him?"

Haslam responded, "I'm not sure what difference that would make.  I am paying him personally."

We noted, "And he helps with political advice."

"That's political advice for me," Haslam said. "That's not about anything to do with state business."

Hours before Haslam spoke with reporters, the Tennessee Ethics Commission questioned why Ingram and his firm failed to disclose that they lobbied a state agency on behalf of a coal company.

"They're admitting they did lobby for them," the commission's executive director, Drew Rawlins said, as he held up a letter from Ingram's firm.

The company wants to mine on a state wildlife management area.

Ingram said his firm simply forgot to register for at least two years.

NewsChannel 5 Investigates asked Ingram, "Did you not want people to know you represented this company?"

Ingram responded, "Absolutely not.  There's no need for us to hide the ball.  We've got a lot of clients.  It was an inadvertent oversight."

The commission ordered a show-cause hearing.

It means Ingram, colleague Marcille Durham and a representative from Crossville Coal's parent company, Hillsborough Resources, must explain why no one registered with the state.

The commission will then decide whether to levy a fine against any or all of them.