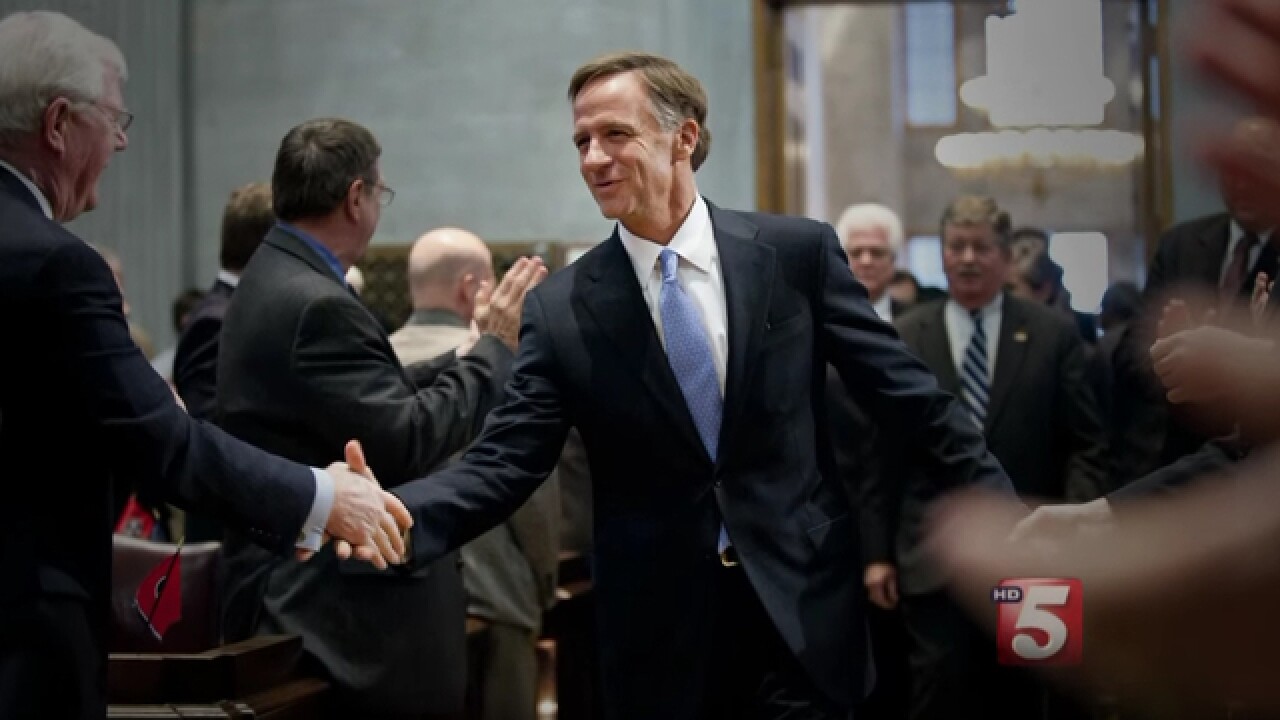 NASHVILLE, Tenn. - Gov. Bill Haslam is not revealing how much he personally pays lobbyist and consultant Tom Ingram.

NewsChannel 5 Investigates first discovered that Governor Haslam has been paying Ingram out of his own pocked since 2011.

Ingram offers political advice and consultation to other prominent politicians, but they pay him out of campaign funds and fully disclose all payments.

Ingram lists on his website that he is a "consultant to Senators Alexander, Corker and Governor Haslam."

He told NewsChannel 5 Investigates there is nothing inappropriate about getting paid by public officials whom he also lobbies, because people are aware of his relationships.

"As long as the relationship is known and out front, and we're careful about it, I think it's worked well for many years," Ingram said.

Senators Bob Corker and Lamar Alexander make their relationship with Ingram known by reporting all payments to him on federal campaign disclosures.

Alexander's campaign has paid Ingram $30,000 so far this year.

But Governor Bill Haslam does it differently.

In 2011, after Haslam became Governor, Haslam started paying Ingram out of his own pocket.

The private payments are not disclosed on campaign finance reports, which means no one knows how much he currently pays Ingram.

Campaign disclosures from the 2010 campaign show Haslam paid Ingram and his firm more than $420,000 before making the payments private.

"I think that's something the public might deserve to know," said Common Cause Chair Dick Williams.

Williams wants state law changed to require at least basic reporting of private payments like this.

"There's a big difference between somebody getting paid a couple of thousand dollars a year or a month verses $50,000 or whatever the range might be," Williams said.

The relationship between Haslam and Ingram becomes more interesting because Ingram and his firm lobby state and federal officials on behalf of many clients including Pilot Flying J, which the Haslam family owns.

In fact, Ingram took over speaking for Pilot while it deals with fallout from an FBI and IRS investigation.

"I've never heard of a political person being paid with private funds that were not disclosed," Herron said.

Herron says Haslam has become more and more secretive with his money. First, refusing to release his tax returns, and now this.

"Right now we don't know who is getting paid how much to do what for whom, and that's not good government," Herron said.

Governor Haslam's office has not said why Haslam believes the payments should be private.

A spokesperson said Haslam will start disclosing Ingram's payments when the next campaign begins.