Lobbyist On Payroll Of Both Governor, Special Interests 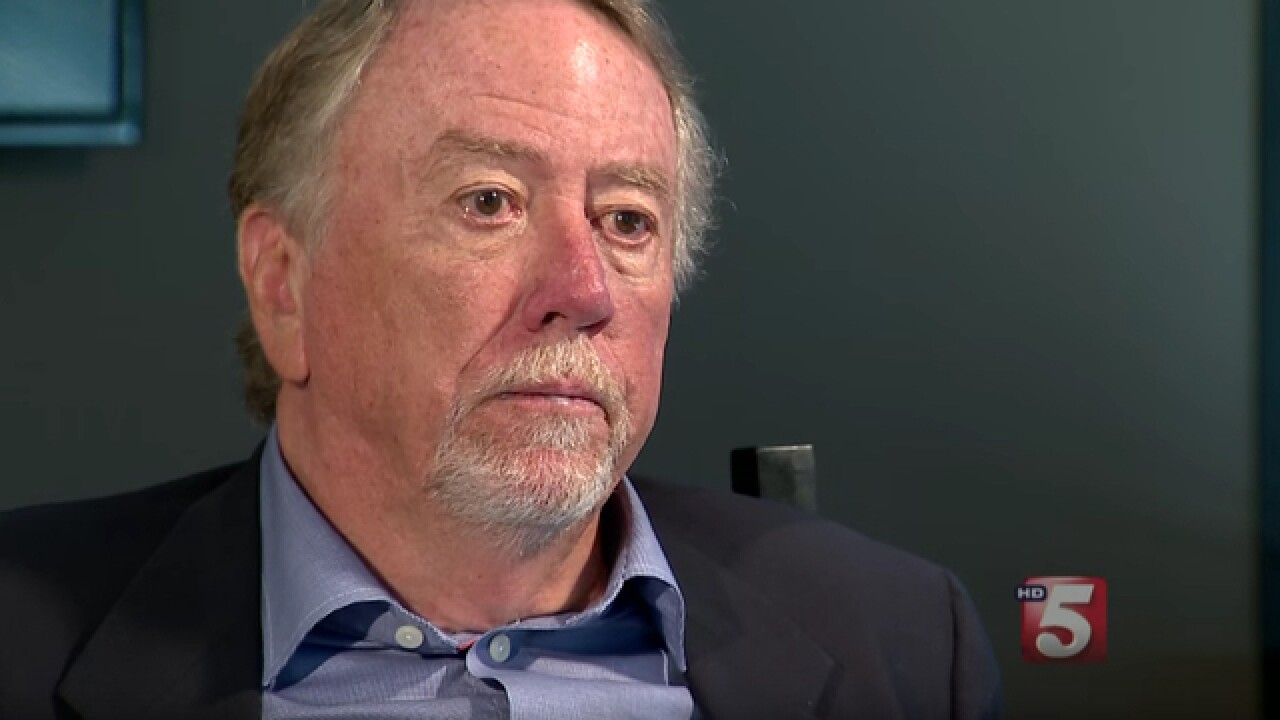 NASHVILLE, Tenn. - Tom Ingram ran Bill Haslam's campaign for governor.  He is a political kingmaker, who also ran the campaigns of both U.S. Senators from Tennessee.

Ingram now runs The Ingram Group, a lobbying firm that he started in 1983.

He boasts on his website that he "currently" serves as a "general consultant" to Gov. Haslam.

NewsChannel 5 Investigates asked him what it means to be a general consultant to the governor.

"Since his campaign, I have continued on retainer for him, for general governance or political advice, mostly political," Ingram said.

So how does Ingram separate his lobbying from his general consulting with the governor?

"Number one," Ingram said, "everybody knows it.  It's a matter of public record and general knowledge."

But you won't find those retainer payments on any public filing. Gov. Haslam pays Ingram with his personal money and won't say how much money is involved.

Ingram said it's a private matter, and the governor's office has not released details of the payments.

Ingram indicated that, when the re-election campaign begins, he will again be paid out of the campaign account -- and those payments will be public record.

Meanwhile, Ingram's firm continues to lobby the state on behalf of clients such as Crossville Coal.

As NewsChannel 5 Investigates first reported, the Tennessee Wildlife Resources Agency (TWRA) is considering a multimillion-dollar proposal from Crossville Coal that would allow the company to mine under a state wild-life area.

It's an idea the Ingram Group is helping to push.

Steve Patrick, who is a TWRA assistant director, said the Ingram Group has been in regular contact with the agency.

"They actually came in with Crossville Coal when they first approached the agency," Patrick said.

Although Ingram Group President Marcille Durham represented Crossville Coal in the meetings,  Patrick acknowledged that he knows who is behind the Ingram Group.

"Obviously, you're aware of it," Patrick said. "You know that people are able to influence things."

NewsChannel 5 Investigates asked, "Do you feel pressure from the Ingram Group?"

Patrick responded, "No, not really, they can't really pressure us to do anything."

Ingram insisted that state officials should have no doubt who he represents.

NewsChannel 5 Investigates asked, "When the Ingram Group shows up, how do they know they are not talking to somebody representing the governor?"

"So it can be switched on and off?" we asked.

Ingram said, "What can be switched on and off?"

He went on to say, "If I am wearing two hats for any reason, I am very careful to point out them which hat I am there on."

The Ingram group, like all lobbying firms, is supposed to register all clients with the Tennessee Ethics Commission.

But NewsChannel 5 Investigates discovered that it did not list Crossville Coal among its clients.

So why did the lobbyists register the company?

NewsChannel 5 Investigates asked, "Did you not want people to know you were representing this company?"

"Absolutely not," Ingram insisted. "There's no need for us to hide the ball."

The Ingram group sent a letter to the Tennessee Ethics Commission, saying it made a mistake and paying registration fees for the last three years.

Environmental groups worried about protecting state land see a disturbing pattern. When energy companies want access to state land for mining or drilling, they are calling upon high level friends of Governor Bill Haslam for help.

When Consol Energy wanted to drill for natural gas on land owned by the University of Tennessee, it turned to a key member of Haslam's campaign.

Bryan Kaegi is a Republican fundraiser who worked on mass mailings for Haslam's campaign.

E-mails show he contacted the state and UT asking for information about the proposed project.

NewChannel 5 Investigates asked a representative from Consol, "Was the consultant pushing to get this passed?"

Cathy St. Clair responded, "The consultant was not pushing to get this passed."

Kaegi is not registered as a lobbyist.

Consol said that he didn't need to register because he was only gathering information.

Anne Davis with the Southern Environmental Law Center expressed concern that too many decisions about state land are being made behind the scenes.

"This shows me the oil and gas industry is working every angle," Davis said.

When NewsChannel 5 Investigates told her about the Ingram Group, she said the industry is "using very powerful lobbyists with close connections to get this kind of mineral lease approved."

Tom Ingram said that his relationship with the governor is not hidden so there's nothing wrong with him lobbying state officials.

"As long as the relationship is known and we're careful about it, I think it's worked well for many, many years," Ingram said.