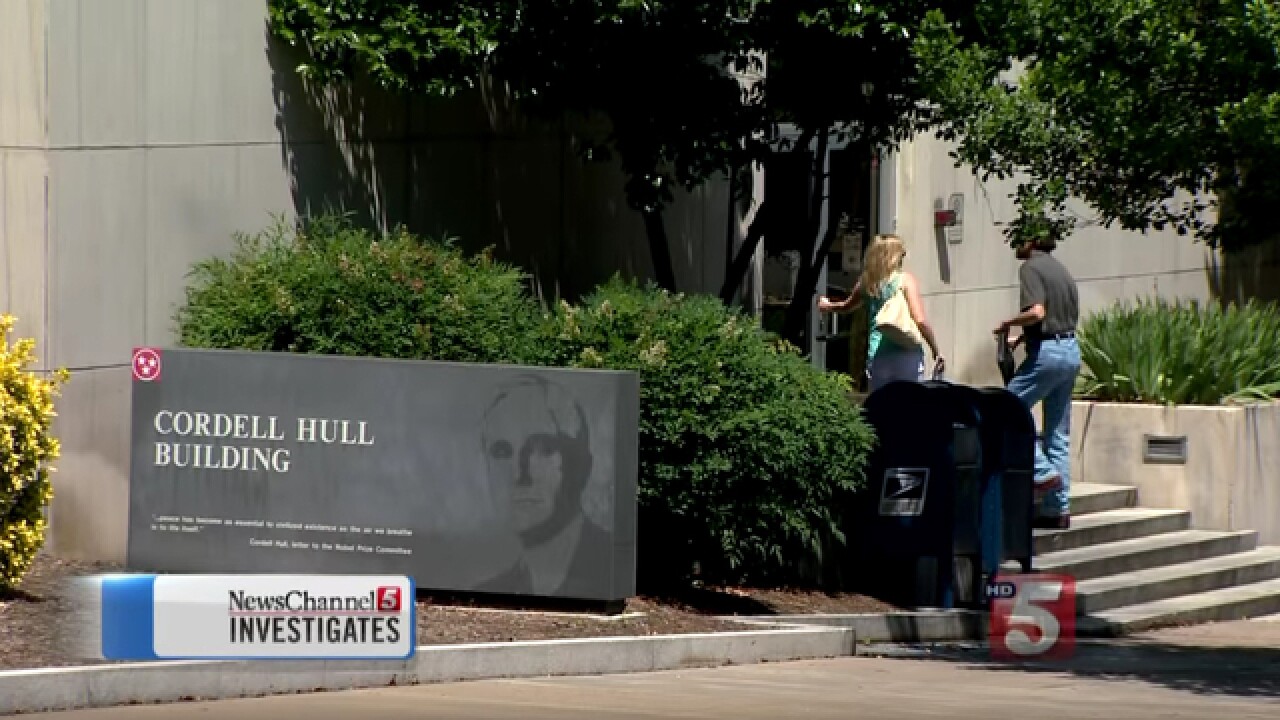 NASHVILLE, Tenn. - A historic state office building in downtown Nashville may not be down for the count -- just yet.

Tuesday, the Haslam administration announced it will get a second opinion on its plans to destroy the Cordell Hull Building.

The governor's chief of staff was the one who delivered the news to lawmakers that, while the administration hasn't changed its mind, it's willing to take a step back.

"Because of the interest in this building and because of the importance of it -- its location, again its perceived historical nature -- we think it's probably wise to have yet another set of eyes on this again," Mark Cate told the Fiscal Review Committee.

The announcement came amid the administration's continuing plans to destroy the Cordell Hull, a 59-year-old building on the grounds of the state Capitol.

Among the questions they'll be asking, Mark Cate said:

"Is there another use for Cordell Hull? Could it be something else? We still feel pretty passionate about moving employees out of Cordell Hull because we think we can move them into more efficient space."

For weeks, historic preservationists have been questioning the recommendation to demolish the Cordell Hull. The recommendation came from Jones Lang Lasalle, a corporation hired by the Haslam administration to study the condition of the state's buildings.

Pressed by reporters later, General Services Commissioner Steve Cates had no answer on who would provide that second "set of eyes" -- although it insisted it would be done.

"On a major decision like this, we just want to make exactly sure that we've thought through everything -- and that's what our goal is," Cates said.

It appears that the decision to backtrack, at least temporarily, may have been a fairly recent development.

The commissioner said that he expects to meet with the governor's office, perhaps this week, to work out the details.