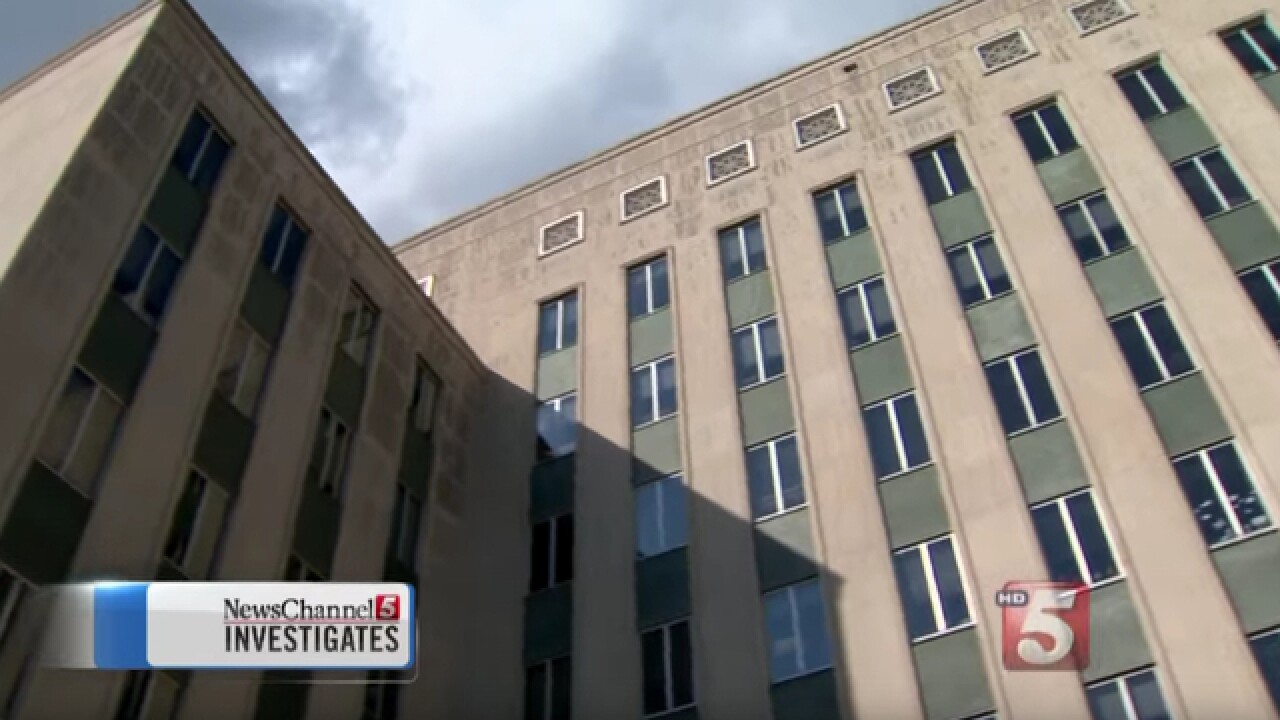 NASHVILLE, Tenn. -- There's new hope for a historic state office building on the grounds of the state Capitol that the Haslam administration had wanted to demolish.

A new study, expected to be presented to the State Building Commission this week, concludes that destroying the Cordell Hull building may not be such a good idea.

That study was commissioned after NewsChannel 5 Investigates raised questions about the advice the state was getting from its own consultants.

In fact, the money to tear down the 1950s-era Cordell Hull complex was already approved -- and the consultants who would oversee the demolition had already been selected.

But after historic preservationists collected petitions to save it, the Haslam administration commissioned a second opinion from Centric Architecture.

That study now concludes: "It would be less expensive to restore the buildings than to replace them."

The Haslam administration got the advice to destroy the Cordell Hull from its consultant, Jones Lang Lasalle.

And when state lawmakers asked for a tour to see the water problems for themselves, there was very little to see.

"When we went down to look at those things, they were so insignificant with them finding it very difficult to find evidence of," Walker said. "That itself was a red flag for most of the state lawmakers and certainly us."

The second opinion notes that the worst problems were not in the Cordell Hull itself.

Instead, they were in the attached Central Services building which -- it says -- could be torn down and replaced with a much-needed parking garage.

The new study concludes that tearing down the Cordell Hull and replacing it with a similar building could cost more than $190 million.

Tearing it down and leasing new space for state employees elsewhere would cost $121 million over the next 20 years.

The worst-case scenario for renovation, with a new parking garage, is $94.7 million.

"I would say that even their numbers put every precaution in, many of which aren't likely they are going to incur costs on," Walker said.

And what the new numbers don't reflect is the value of saving a unique piece of architecture on the grounds of the state Capitol.

"Those are all kind of philosophical things that transcend just the bottom line that we look at as well," Wyllie added. "That's not in the report. That's extra!"

The Centric Architecture study, along with possible recommendations from the Haslam administration, is expected to be presented Thursday to the State Building Commission.

As for what it says about the advice that the Haslam administration got from Jones Lang Lasalle, a spokesperson insisted it doesn't say much -- it's just another way of looking at it.

But critics note that JLL stood to make a lot of money off negotiating new leases, and that's just the mindset that the company brought to this project.

The Building Commission meets at 10 a.m. Thursday at Legislative Plaza, Room 30. The meeting is open to the public.