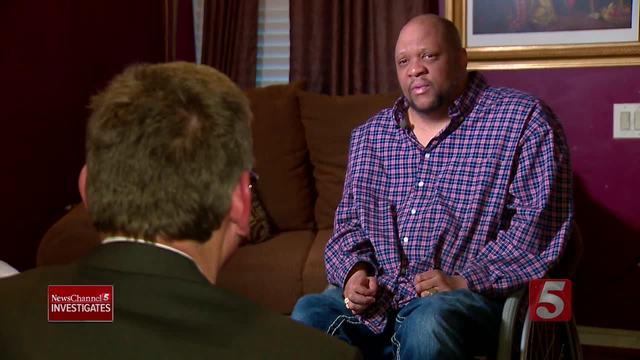 The man who sued dozens of Nashville businesses now says the lawsuits were not his idea. 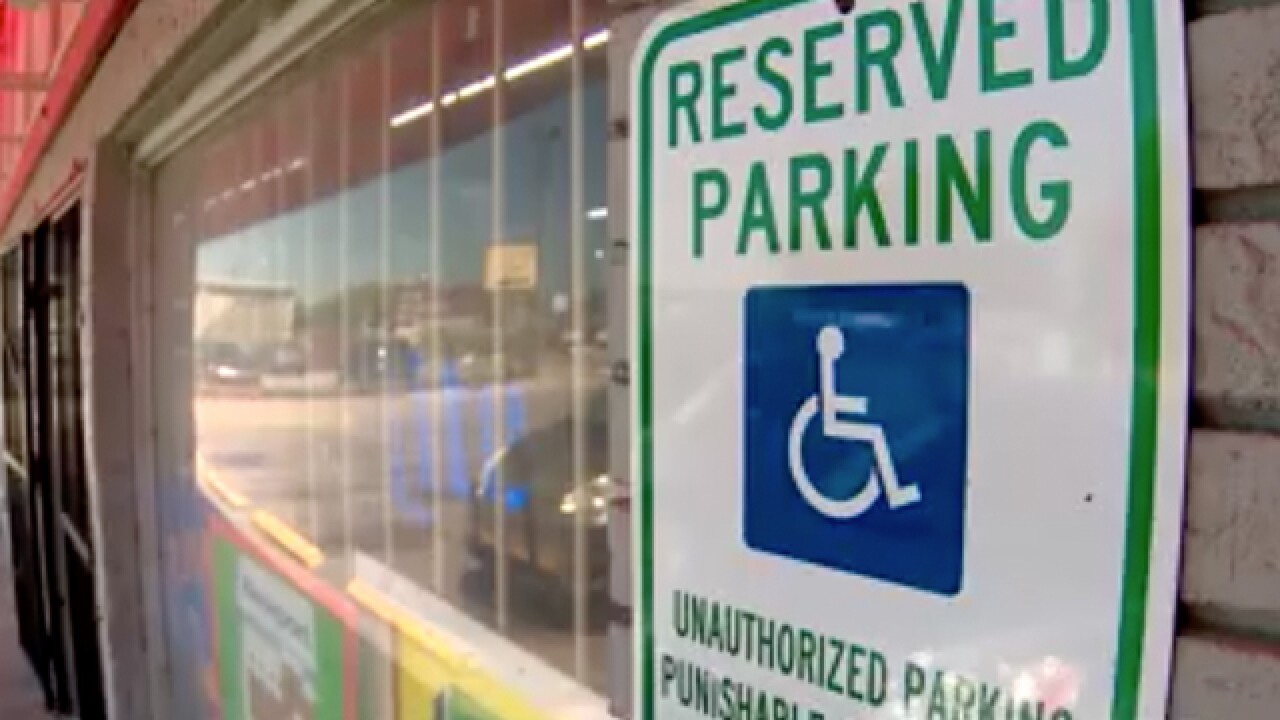 Nearly 70 Nashville businesses have been hit with lawsuits claiming they are not accessible to people in wheelchairs.

But a man who filed dozens of those lawsuits told NewsChannel 5 investigates that did not really have issues in many of those businesses.

Jeffrey Anderson has been in a wheelchair for most of his life.

Getting around has not always been easy.

In fact, he has sued 28 Nashville businesses claiming they are not wheelchair accessible - and are violating the Americans with Disability Act, known as the ADA.

But in a remarkable interview Anderson said he actually didn't have a problem navigating many of the businesses he sued.

"Some of the places I went in I didn't see anything wrong," Anderson said.

NewsChannel 5 Investigates asked, "Do you feel bad about going in and doing this?"

Anderson said, "Yes. Because it wasn't nothing but a big ole scam to me."

Anderson has strong opinions about the lawsuits he says were the idea of attorney Todd Cole.

Cole had represented him in a divorce case.

NewsChannel 5 Investigates asked, "Did he say he was looking for somebody like you?"

Cole had just incorporated a new firm, the Advocacy Law Group, with an attorney from Florida who has filed nearly 1000 ADA lawsuits in that state.

"I talked to the guy from Florida for a minute and he was telling me how much I could make on these jobs," Anderson said.

Anderson said he originally rejected Cole's offer to pay him $150 per business.

NewsChannel 5 Investigates asked, "Why did you then decide 'OK, I'll do it?'"

Anderson said, "I needed some money. I said shoot I might as well make a little extra money on the side."

He said they eventually agreed on $75.

Anderson said the law firm would give him a list of local businesses to visit.

He even showed us a text that backs his claim.

"Hey Jeff! If you have not already gone to Subway from your list, please don't. We have an issue with that. We will get a new list soon though."

Anderson said no one at the law firm ever asked if he had problems at the businesses.

It claimed his store was not wheelchair accessible.

"To me this was just a shakedown," Bubis said.

"They said our counters were too high. That our Coke machine was too high," Bubis said.

But his liquor store doesn't even have a coke machine.

Bubis wanted to fight in court, but his attorney recommended settling - to make it go away.

"I think they are using a law and going for an amount of money that you're not going to fight it," Bubis said.

He settled the case for $3,000, to cover the $350 an hour Todd Cole and his Advocacy Law Group billed on the case.

He also added handicapped parking signs which he said he'd have done if they just sent him a letter.

Many of the small businesses that have been sued are along the Main Street- Gallatin Pike corridor in East Nashville.

But law suits have also been filed against businesses in the Vanderbilt area and on along Charlotte Pike.

In all, Cole and the Advocacy Law Group have filed nearly 70 ADA lawsuits for several different plaintiffs in Nashville in the last two years.

That's more than anyone else.

Among the places Anderson sued, GoGo Sushi at Vanderbilt University.

"I might have just purchased a drink because I don't eat sushi," Anderson said.

And he sued Sitar Indian Restaurant on West End.

"I don't even know what they sell in an Indian restaurant," Anderson said.

Each lawsuit claimed Anderson was being harmed because he "intends on visiting again within six months."

But Anderson said, "I went there only for that."

NewsChannel 5 Investigates asked, "You never intended to go back."

And many of Anderson's lawsuits claim he "attempted to use the restroom facilities."

But was "denied access" and "discriminated against" because of his disability.

NewsChannel 5 Investigates asked, "Some of these lawsuits mention the bathroom is not handicapped accessible."

Anderson said, "Well I wouldn't know that because I didn't go in there."

NewsChannel 5 Investigates asked, "You didn't go in the bathroom?"

Anderson responded, "No I didn't have to."

In January, Cole began telling judges in the cases that he and Anderson had "irreconcilable differences."

Cole declined to speak to NewsChannel 5 Investigates on camera because he said Anderson had not waived his attorney client privilege.

But Cole sent Anderson this letter which reminded him that he signed an agreement in 2015 stating "You acknowledge that, by law, you are not entitled to any monetary damages stemming from ADA lawsuits and you are guided by your personal desire to ensure accessible facilities throughout the Greater Nashville."

In another letter Cole thanked Anderson for "the important work you are doing for the disabled community."

Anderson said, "They just kept telling me that I am doing this for the disabled."

NewsChannel 5 Investigates asked, "Do you believe you were helping people?

Anderson said, "I was helping them put some money in their pocket."

So a firm might send someone else into a business to initiate the lawsuit.

According to the rules that govern attorneys, it is okay to pay court costs and expenses on behalf of an indigent client.

But Anderson's interview indicates that is not what he thought was happening.

Late Monday afternoon, Cole's attorney insisted that Cole had done nothing illegal or unethical.  He told us that, generally speaking, clients are never paid to litigate a case.

We want to disclose that Cole once represented a client who sued NewsChannel 5 in a defamation case.