Rural hospital battling COVID-19 surge gets appreciation from past patient 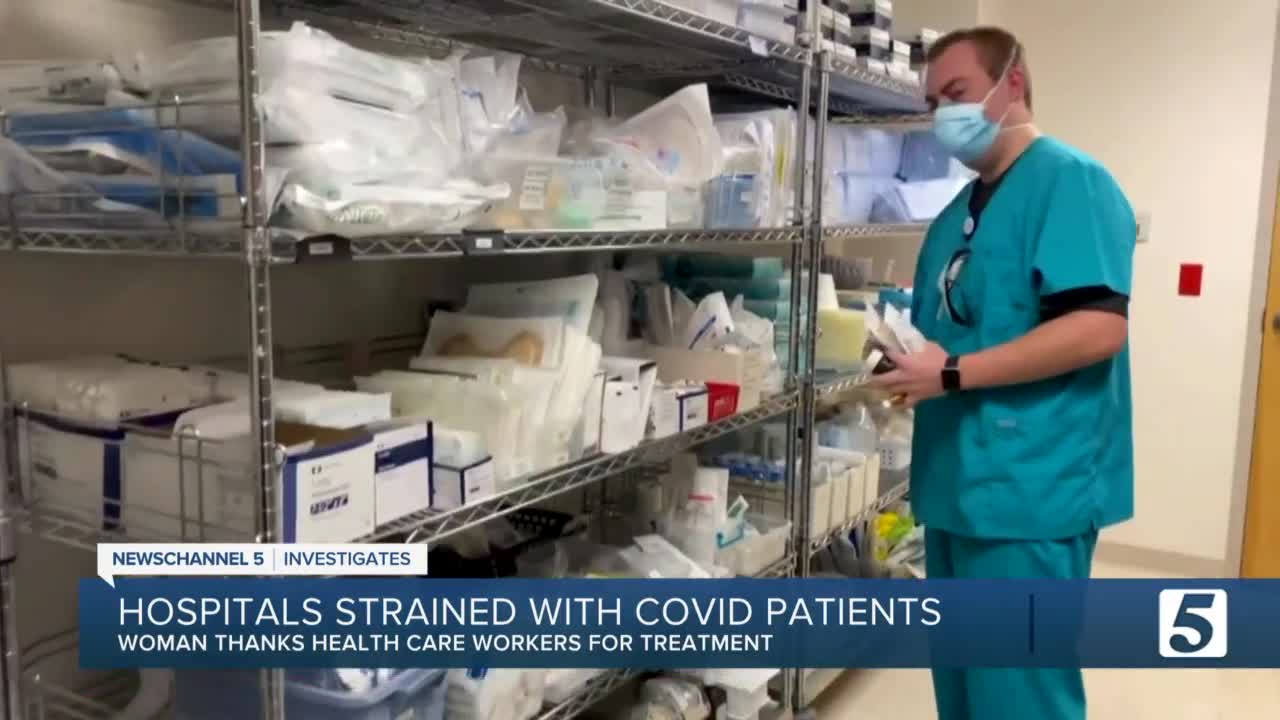 As rural hospitals face a surge in COVID-19 cases, a woman who nearly died from it, thanks a nurse who treated her. 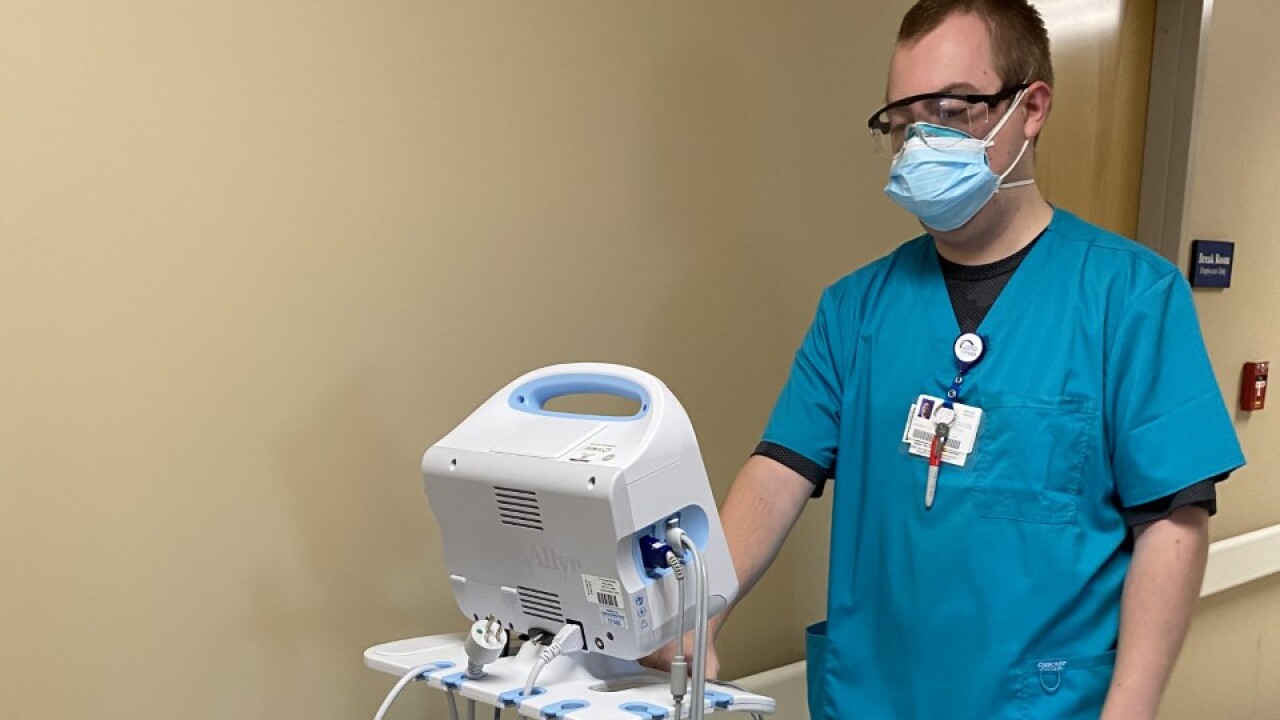 CROSSVILLE, Tenn. (WTVF) — Tennessee is on pace to see 100,000 new COVID-19 cases in the month of November. The recent surge is hitting rural areas especially hard.

It's impacting the Cumberland Medical Center in Crossville, which is about two hours outside of Nashville.

The hospital not only cares for people in Cumberland County but also gets patients from nearby Fentress County which had its hospital close.

Rhonda Wyatt, 63, spent 12 nights in the hospital's COVID-19 Unit earlier this year. She worried she would not survive.

"I didn't think I was going to come home. I really didn't," Wyatt said.

She is better now, and is urging people to take the virus seriously. Wyatt allowed us to follow her as she came back to the hospital to thank a nurse who cared for her inside the COVID unit.

"It brings back a lot stuff you know," Wyatt said as she walked onto hospital property for the first time since she was discharged.

She was there to see JJ Johnson, 23, a registered nurse, who works overnights in the COVID Unit.

"I'm grateful because a lot of people don't want to work that wing," Wyatt said.

Every time Johnson went in her room, he put on layers of protective gear. He brought medicine, but mostly, he encouraged her.

"You're lying there and you think you're going to die any minute. It's very scary," Wyatt said.

This is the first time they've talked since she left.

"How are you doing?" Johnson asked as he came out of the hospital

The masks both were wearing did not prevent Wyatt from becoming emotional.

"It means a lot when you're up there by yourself and you got no family (that can visit) and you think you're not going to be here the next day," Wyatt said.

"That's rewarding for me that, everything we are doing here, it's working," Johnson said.

Their meeting comes as Cumberland County is seeing a sharp spike in cases - 53 people tested positive on a single day last week. The number of active cases soared over 290 last week.

And now the White House Task Force Map put Cumberland County in its red zone according to the Department of Health website.

"People are not being careful. I think the rise was because of Halloween," Wyatt said.

"It's surprising that it's still going up, you're hoping to see a downward trend," Johnson said.

The Department of Health reported more than 80 people hospitalized in Cumberland County last week, but that's not necessarily the number inside the Cumberland Medical Center.

Some Cumberland County residents may be in other hospitals, and Cumberland Medical Center also receives patients from surrounding counties.

Laura Kee is the nurse manager who is responsible for staffing the COVID unit. She said 20 nurses routinely work there.

"It's very serious and we need everyone to take personal ownership over how we prevent catching and spreading," Kee said.

Every nurse in COVD Unit, including Johnson, volunteered to work there. At age 23, Johnson is most concerned about exposing his parents to the virus. And he's concerned when people don't take the virus seriously.

"I've seen 30 or 40 year olds at the sickest they've ever been. Sicker than you can imagine," Johnson said.

Rhonda Wyatt feels lucky. She and her husband are now back at work - painting houses. But doctors worry she may have suffered a mini-stroke, one of the lasting effects of COVID.

"I'll admit, I'm scared to death still of getting it again," Wyatt said.

But, after all she has been through, she wanted to thank a familiar face.

"People need to appreciate them very much because it's dangerous," Wyatt said.

"It's really rewarding seeing the other end of it. Seeing people like Rhonda that are getting better and getting out of here," Johnson said.

But the battle in the COVID Unit is far from over. The sharp rise in cases points to a scary winter. These few moments of thanks mean a lot.

"It lifts our spirits," Kee said. "It's a shot in the arm for nurses. That's our medicine. That's what we need."