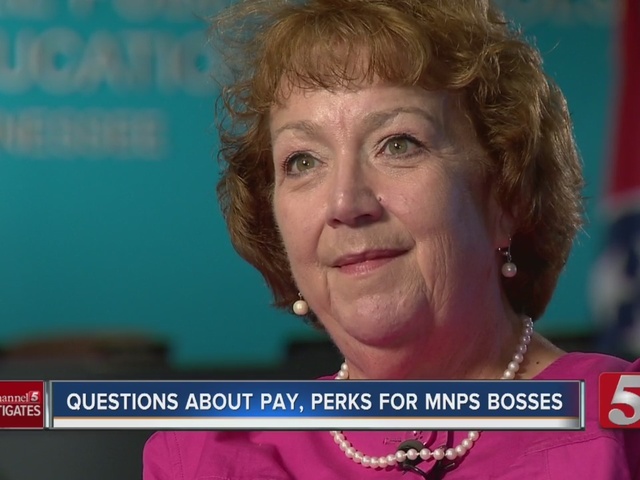 The head of the Metro School Board is defending the hefty pay and perks for the district's new leaders. 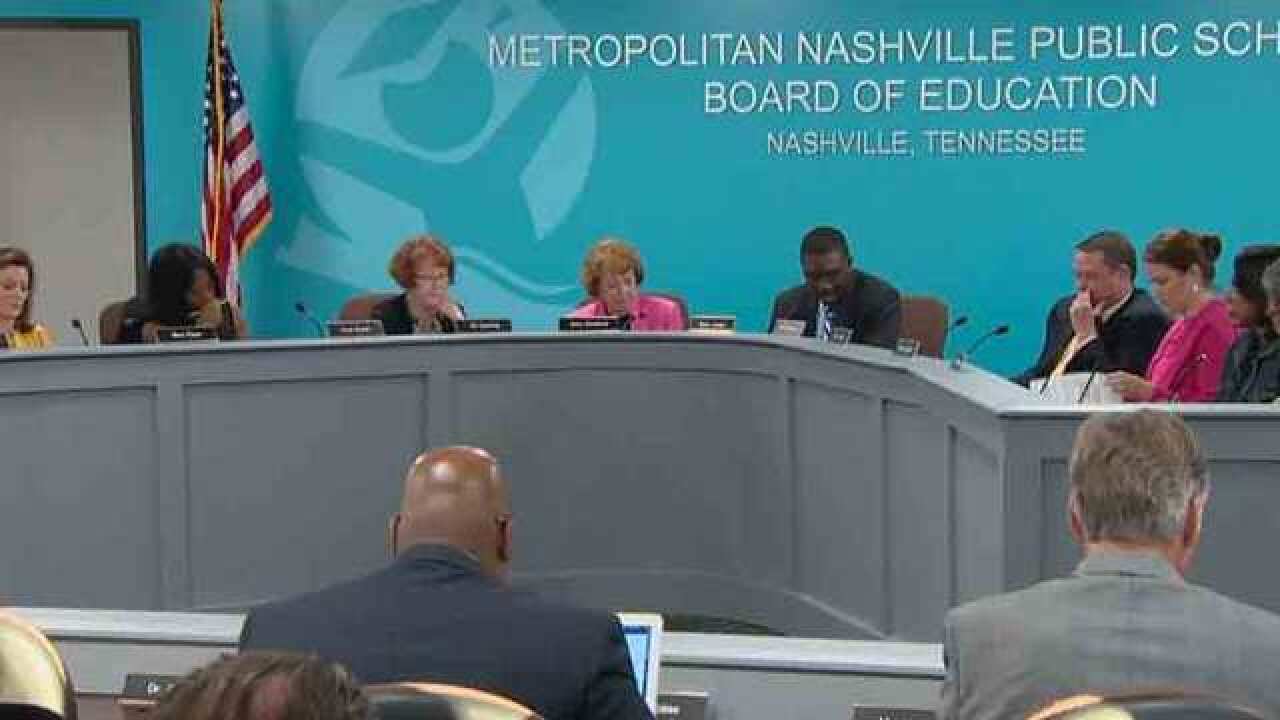 The head of the Metro School Board is defending the hefty pay and perks for the district's new leaders.

Principals and teachers have already been warned that the district's new bosses plan to take a close look at spending inside the schools.

But we wanted to know: who's watching the bosses?

New schools director Dr. Shawn Joseph recently committed "to actually look specifically at where are we spending our money."

But instead of Joseph agreeing to an on-camera interview, the district provided Shepherd.

NewsChannel 5 Investigates asked her, "You are not the one who gets paid almost $300,000 a year to run the system. Why is he not sitting in this chair?"

She answered, "I don't know what Dr. Joseph's schedule is."

Under Joseph's contract, the district agreed to provide him with a full-sized automobile, buying a new $55,000 Tahoe.

But we discovered Joseph also pulled a veteran employee to chauffeur him and members of his team around the district.

"Has any other director ever had a driver?" we asked.

"Not to my knowledge," the school board chair said.

Metro Schools says the driver helps Joseph maximize his time, allowing him to work on the road between appointments.

That driver: a senior mechanic from the school bus garage makes $46,000 a year.

We wanted to know if that's the best use of a mechanic.

"You know, I don't know," Shepherd said. "I don't do the schedules for the transportation department, if there is in fact not a need for him."

"So you're not sure whether this is a good idea or not?" we asked.

Our investigation also discovered that Joseph brought in a leadership team, paying them a record $185,000 salary, with the option of cashing out vacation days, potentially boosting their pay to $196,000.

"If he thinks that that's what he needs to make sure that our children have a world class education, then absolutely," she added.

"Would any amount be too much in your mind?" we asked.

"I'm not in HR," Shepherd replied, "so I really couldn't answer that."

On top of that, Joseph's top lieutenants, like chief academic officer Monique Felder, also get vehicles -- in her case, a Chevy Tahoe -- to take home every night.

You also pay for their gas.

NewsChannel 5 Investigates asked, "Is that consistent with the district policy?"

"I really don't know what the district policy is," the school board chair admitted.

In fact, longstanding district policy states take-home cars are limited to "employees whose job responsibilities require that they be on call at all hours."

Which is why Felder's predecessor Jay Steele, who got paid $25,000 less, drove his own car to and from work.

"Why would she need to be on call at all hours?" we asked.

"You know, you never know what's going to happen in a school district with 88,000 students," Shepherd said.

"But her main job is curriculum, correct?"

"Right, and so she visits the schools."

"But why would she need to respond in the middle of the night for a curriculum issue?"

"I am not saying that she would have to respond in the middle of the night. It's just a policy that they are allowed that."

Joseph recently told school board members that "we don't have a dollar to waste."

While he prepares to cut other parts of the schools budget, some teachers privately question whether the money he's spent on salaries and take-home cars might mean less money for programs that affect children.

Shepherd has no such questions.

"I think that Dr. Joseph needs to do whatever he needs to do to make sure that we are successful. And in his infinite wisdom, if that's what he thinks he needs, he has full rein to do that."

One of Dr. Joseph's new leaders, Chief of Staff Jana Carlisle, was provided a brand new Chrysler 200 when she was recently hired.

But, unlike the others, the district says she has decided that she'll leave it parked at the central office, unless she really needs it.