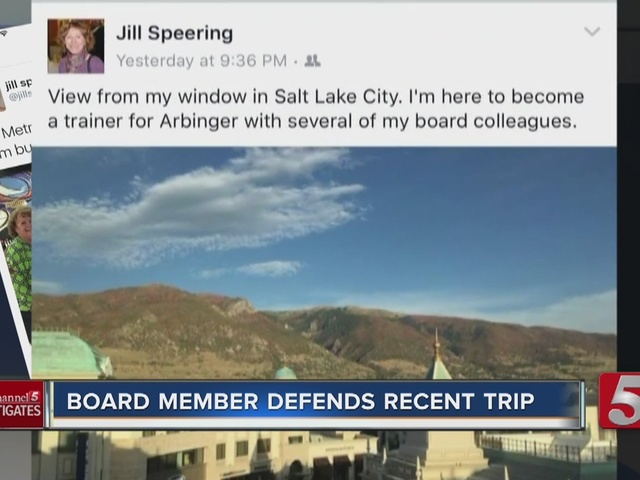 A Metro School Board member is defending a trip out West that you paid for. 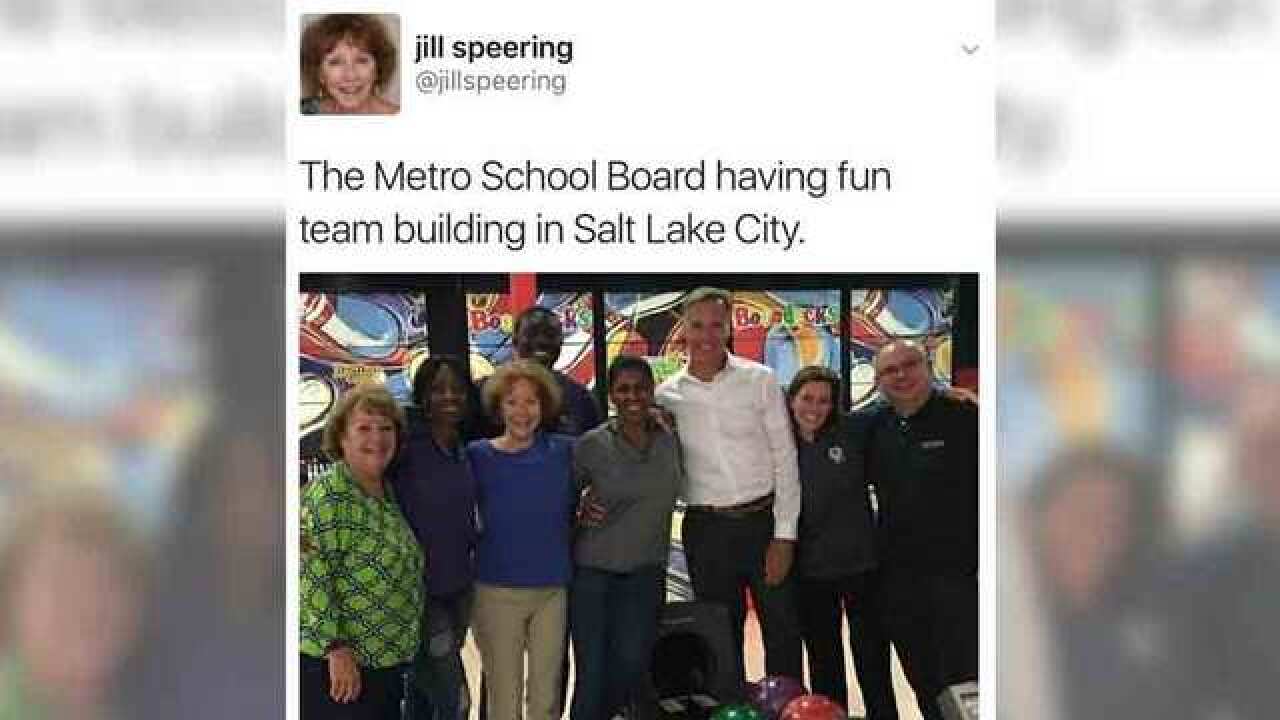 A Metro School Board member is defending a trip out West that you paid for.

Jill Speering recently tweeted about "having fun" on that trip -- just days before teachers and administrators were told about a freeze on their own travel.

NewsChannel 5 Investigates first revealed the record salaries and other perks now being raked in by the new leadership at Metro Schools.

And recent social media posts from Speering have rankled some of the district's rank and file employees.

On Facebook, Speering shared the "view from my window" -- featuring a picturesque view of Salt Lake City.

Then, there's this tweet: "The Metro School Board having fun team building in Salt Lake City."

The photo shows several school board members with district leaders at a bowling alley.

Speering said that outing came after a long day of training with the Arbinger Institute -- an organization that's teaching school leaders how to train others to create a different kind of culture.

"This will impact and improve the culture in Metro Schools," she insisted. "It's very cost effective and fiscally responsible because each of us will train hundreds of teachers and administrators and staff members."

Speering said you paid for the trip for five school board members and three district leaders.

Speering said that Joseph picked up the tab for the bowling.

"Really, it's the only time since I've been on the board for four years that we've actually gone out and done something together to have fun and to build rapport and a team spirit with each other," she said.

And it turns out, the School Board has escaped to two other retreats at a hotel in Chattanooga since June for the same kind of training -- and they've got another trip next month.

As to how much all of this has cost you, a Metro Schools spokesperson says they don't have that number right now.