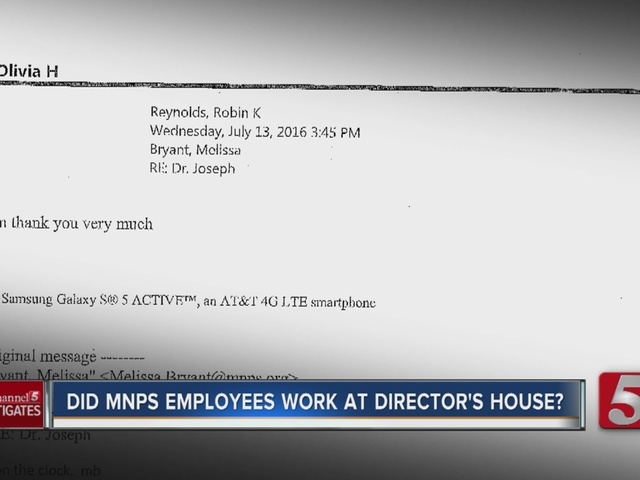 Metro's new director of schools insists he hasn't billed taxpayers for work on his house. 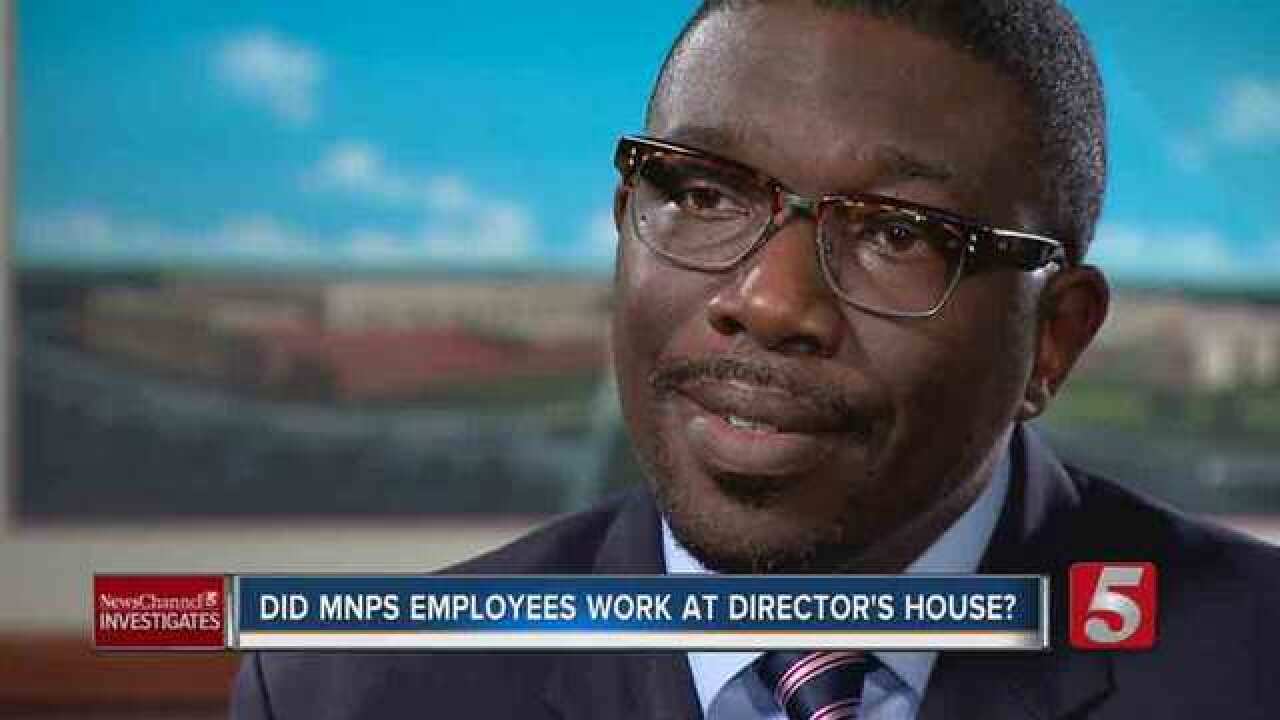 Metro's new director of schools insists he hasn't billed taxpayers for work on his house.

But internal emails, obtained by NewsChannel 5 Investigates, show that was certainly discussed.

For weeks, our investigative team has been asking about rumors of Metro Schools employees doing work around the boss's house.

In an exclusive interview, he insisted that it's all a big misunderstanding.

"I hold myself to the highest level of integrity and I would never want the public to think that I had someone doing anything inappropriate," Joseph told NewsChannel 5 Investigates.

The new schools director said he did pay one district maintenance worker to paint around his Bellevue house on his own time.

And he said another worker volunteered to come there to help him mount a television.

An email from Joseph's assistant shows that staff was told the work would be "on the clock" -- meaning you would pay for it.

"When I saw that, that's when I sent an email and said please let me clarify because she made a mistake. That was never the intent."

When it comes to the new Metro Schools director's perks, what are you paying for? #NC5investigates pic.twitter.com/zs2AW7QvPz

NewsChannel 5 Investigates asked, "So where did she get the idea that he would be on the clock. Did that come from you?"

"No," Joseph answered, "and that's why I corrected it in an email."

Joseph said that he then sent an email to explain that the employee would simply "adjust his start time," then work a full day.

"After sending that, I thought about it and said you know what, it's probably not worth the headache. So I actually didn't have him do that initial work," he insisted.

"I wound up just going on YouTube and figuring out how to just put the thing up myself on that one. So the person did not come."

School communications staff did provide documentation that the employee had taken vacation time when he had volunteered to work on the boss's house.

Joseph said he doesn't know why the worker did that.

Meanwhile, NewsChannel 5 Investigates has been taking a look at other ways the new schools director has been using your money.

You can see what we discovered -- and hear Dr. Joseph's explanation -- Monday on NewsChannel 5 at 10.