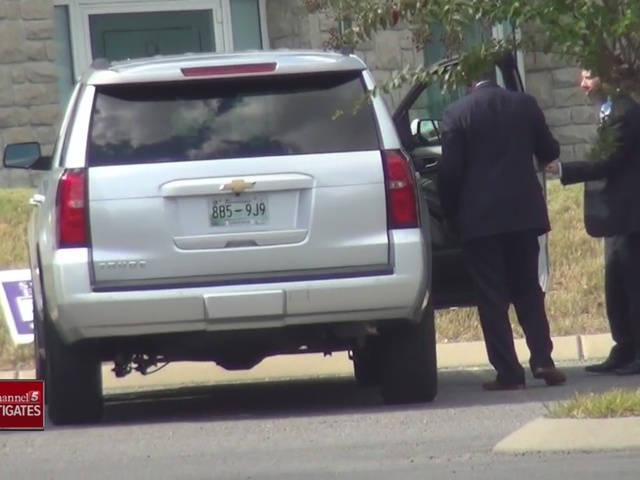 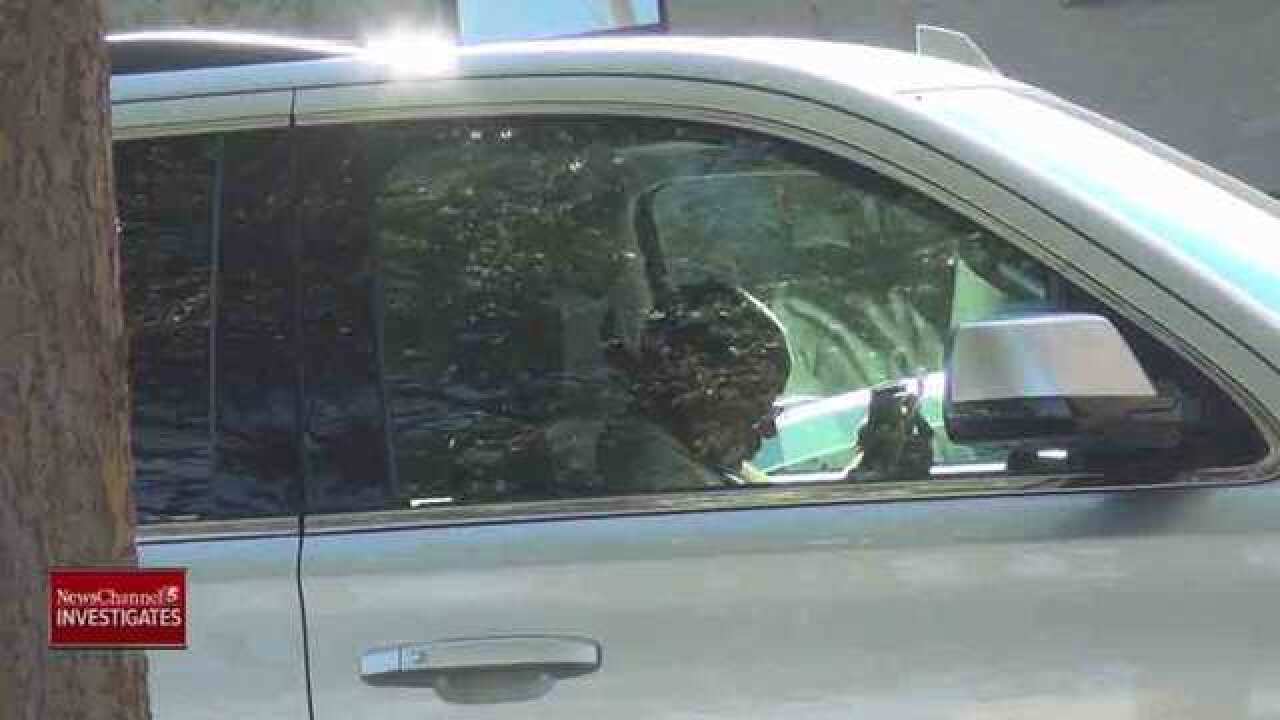 We spotted him using district employees as his personal chauffeurs - even on personal errands. That's despite his insistence that the school system's budget is tight.

"We don't have a dollar to waste," Joseph told the Metro School Board recently.

But we watched as Metro Schools employees chauffeured Dr. Shawn Joseph around town in the brand new $55,000 Tahoe provided by taxpayers.

While the boss did his business, our hidden cameras spotted the well-paid employees waiting and playing on their phones for hours at a time.

Still, when we tried to show Dr. Joseph what we saw, he walked out of the interview.

As Joseph headed for the door, NewsChannel 5 Investigates asked: "Can you look at this and tell us what you think about whether this is a good use of taxpayer money?"

But Metro Council member Steve Glover, a former Metro School Board member, had plenty to say.

"This position has never had somebody chauffeur them around before -- never," Glover insisted.

"We are not far enough in our educational process right now with everyone of our children in order to be wasting any money."

NewsChannel 5 Investigates asked, "And this is a waste?"

"In my opinion, yeah," Glover said.

Joseph made no apologies for being the first director of schools to use district employees as chauffeurs. One of them is a school bus driver, making $28,000. The other, a senior mechanic, making $46,000.

"I use the car like a mobile office," he explained.

"I spend hours on the road, and those hours are much more efficient with me actually staying on top of what's happening with this system of 10,000 employees and 89,000 children."

NewsChannel 5 Investigates asked, "Do they pick you up in the mornings?"

"They have," Joseph admitted.

"At your house?" we inquired.

While we never saw that, one day recently, we did spot Joseph being chauffeured a short three miles from the school board office to Trevecca University.

While the new school boss was being honored at a luncheon, out in the parking lot, you paid for the Metro Schools employee to wait for an hour and a half.

Then, when Joseph was done, you paid for him to be chauffeured another three and a half miles to a doctor's appointment.

There, again, you paid for the driver to wait for another hour and a half.

And when Joseph was finished, he hopped back into the Tahoe to be chauffeured less than a half mile away to the Oasis Center on Charlotte Avenue.

And the waiting game began again, as you paid for the driver to play on his phone, getting out at one point to flick a piece of debris off the boss' seat, then playing on his phone some more.

That lasted for another hour and fifteen minutes.

NewsChannel 5 Investigates noted to Joseph, "That's a lot of waiting."

"So they typically do work in between when they can," he responded. "Their schedules are pretty complex just like mine."

But the driver's schedule didn't look that complex to us at all.

Still, when we tried to show Joseph what we had seen, that's when he walked out.

He returned a few minutes later, but he still did not want to see the video of his driver playing on his phone for hours while on taxpayer time.

NewsChannel 5 Investigates asked, "When the public sees that, is the public going to think that's a good use of taxpayer money?"

"I think it's a good use of taxpayer money," he said, "to get me efficiently from place to place so I can get the work done and, in between, allowing me to conduct the business of the school district."

A review of Joseph's schedule shows he does use drivers on days when he's got back-to-back appointments.

But internal emails show other days, like the morning when he needed a driver at his home by 7 a.m. just to drive him to a breakfast on his way into work.

In that case, a second Metro employee had to drive the driver out to Joseph's house in Bellevue so the driver could then get behind the wheel of the boss's SUV.

Our NewsChannel 5 investigation continues Tuesday at 10 when we ask why you're paying for Dr. Joseph's rent.