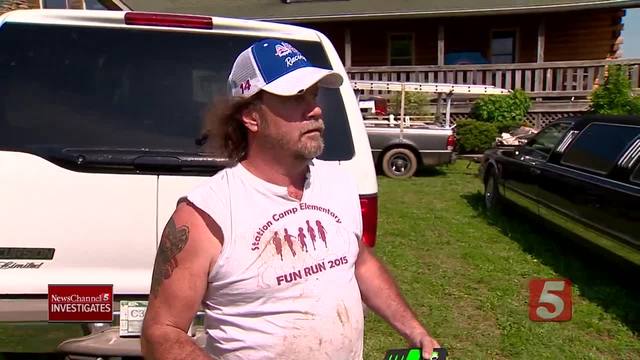 A bank has promised to evict a squatter from a Mt. Juliet home following a NewsChannel 5 investigation. Our investigation found that Jude Pischke moved into the home more than two years ago, despite having no legal claim to the property. 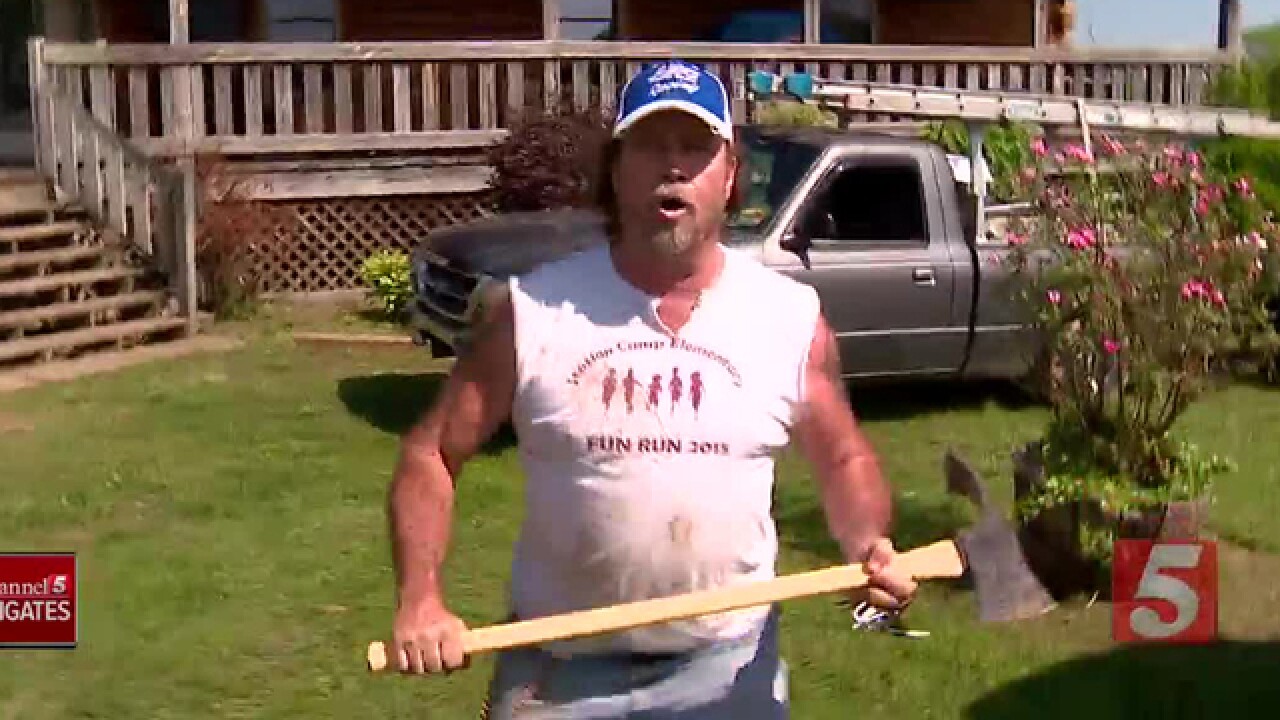 A bank has promised to evict a squatter from a Mt. Juliet home following a NewsChannel 5 investigation.

Our investigation found that Jude Pischke moved into the home more than two years ago, despite having no legal claim to the property.

The banks that had foreclosed on the previous owners essentially forgot about it, allowing it to sit empty for years.

When NewsChannel 5 Investigates went to question Pischke, he came at the news crew with an axe.

Pischke was arrested and charged with three counts of aggravated assault.

Attempts to sell the luxury log cabin were unsuccessful for years because of confusion among banks after the housing crisis.

Ron and Dena Woodard fell in love with the home back in 2014 and tried to buy it at auction.

"It sat empty for a while before we tried to buy it," Ron Woodard remembered.

"I knew exactly where all the furniture was going to be. I mean it was just ours, and the kids loved it. They were just as excited as we were," Dena Woodard said.

But days before the Woodards were to set to sign the paperwork, the bank pulled the plug on the deal.

"There was no real explanation of why," Ron Woodard said.

In late 2012 JP Morgan/Chase foreclosed on the home and sold it to Bank of New York Mellon, as trustees for investors in mortgage a backed security.

Control over the home has since passed from Countrywide Financial -- to Bank of America -- and finally to NationStar.

Meanwhile it has sat empty.

Mt. Juliet City Commissioner Ray Justice contacted more than one bank about the abandoned home, but they didn't seem to care.

"We could not get in touch with anybody that would claim responsibility for the maintenance or the ownership or anything else," Justice said.

It was about that time Jude Pischke, his friends and family suddenly appeared at the house.

"This is probably one of the most bizarre things I've ever dealt with," Justice said.

Police were first called to the home in April of 2015 for a domestic dispute involving Pischke and his ex-wife.

In September police discovered a stolen vehicle at the property.

Neighbors were upset about all of the cars - including a limousine parked in the front yard.

"The gentleman had no connection to the owners of the property that we could find," Justice said.

Pischke actually paid the back property taxes on the home to keep Wilson County from seizing it in 2015.

We found Pischke has a history of codes violations.

In 2008 Pischke illegally moved a home to a piece of land near Hermitage which forced Davidson County officials to condemn the home.

Justice said he gets weekly complaints from his constituents about the number of cars and junk being stored at the log cabin.

NationStar Bank finally sent us a statement saying "We greatly appreciate that you brought this to our attention."

And went on to state "We are moving quickly to evict the home of its current residents so the home can be prepared for sale."

Commissioner Ray Justice was thrilled to hear the bank finally responded, "All I can do is applaud Channel 5 News. Thank you for going the extra mile and helping us get this taken care of."

But when NewsChannel 5 Investigates approached Pischke he made it clear he was not interested in talking about the property.

As Pischke walked to his truck he pulled out an axe.

"I'm dealing with the bank, but let me see what would you like me to get you with? This will probably f****** work won't it. Get the f*** out of here!" Pischke said as he charged at the NewsChannel 5 Investigates crew with the axe.

Pischke swung the axe and said, "Cut off your foot."

We were not hurt, but police arrested Pischke and charged him with three counts of aggravated assault.

He bonded out, and still lives in the house.

We will keep watching to see if the bank actually gets him out of that home.