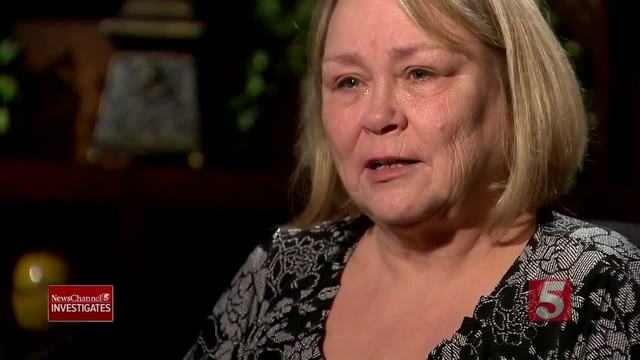 The state cited a NewsChannel 5 investigation in its lawsuit against Purdue Pharma.

The state cited a NewsChannel 5 investigation in its lawsuit against the makers of the painkiller OxyContin.

It also showed patients as they discussed selling their excess pain pills on the streets to raise the cash needed to pay for their monthly doctor visits.

The state's 271-page complaint against Purdue Pharma claims Dr. Pogue prescribed more OxyContin than any other doctor in the state for years.

It states Purdue ordered its sales force to target top prescribing doctors like Pogue, despite red flags that indicated he was overprescribing pain pills and they were being illegally sold on the streets.

According to the lawsuit Purdue executives were immediately made aware of the NewsChannel 5 Investigates report after a Purdue sales manager forwarded the story to the company's lawyers.

He wrote "This involves Dr. James Pogue who has been reported to your law department in the past."

But sales representatives kept going to Pogue's office and encouraging him to sell more pills.

The lawsuit states Dr. Pogue was not put on the company's "cease calling status until 75 days after Purdue's Law Department was made aware of the NewsChannel 5 story."

The woman who wore a mic and recorded conversations outside Pogue's office was concerned because she saw the amount of pills Dr. Pogue had prescribed to a family member.

We protected her identity and called her "Jane" during the 2012 report.

"How in the world can a doctor with a license feel good about giving a man that kind of medication?" Jane asked in 2012.

The state's lawsuit cited examples of Pogue's overprescribing including one 12 day prescription for 180 tablets which was well over the CDC's cautionary limit.

Jane wondered how her loved one -- who had no insurance -- and no job at the time, could raise money for doctor visits and pay for thousands of dollars worth of drugs.

NewsChannel 5 Investigates asked, "Do you feel like he re-sells some of these drugs?"

Jane responded, "I don't doubt it."

The lawsuit states Purdue had a financial interest to look the other way.

During one six month period Pogue's prescriptions generated more than $650,000 for Purdue.

Six months after our report the state suspended Pogue's license.

But now as the state sues Purdue Pharma for the Opioid Crisis, Dr. Pogue is being used as an example of how the company ignored red flags while the cash poured in.

We share the Attorney General’s concern about the opioid crisis and are committed to working collaboratively with the state toward bringing meaningful solutions to address this public health challenge. We vigorously deny the state’s allegations and look forward to the opportunity to present our substantial defenses.

The State is critical of Purdue for calling on Dr. Pogue after the board reprimanded him for “unprofessional, unethical, or dishonorable conduct.” What the State fails to consider is that Dr. Pogue was reprimanded for improper use of HGH injections to treat joint pain, which has nothing to do with potential abuse and diversion of OxyContin. This is clearly not an “unambiguous, credible sign of abuse or diversion” that warranted a different response from Purdue.

It is important to note that Purdue ended its engagement with this physician in May of 2012.