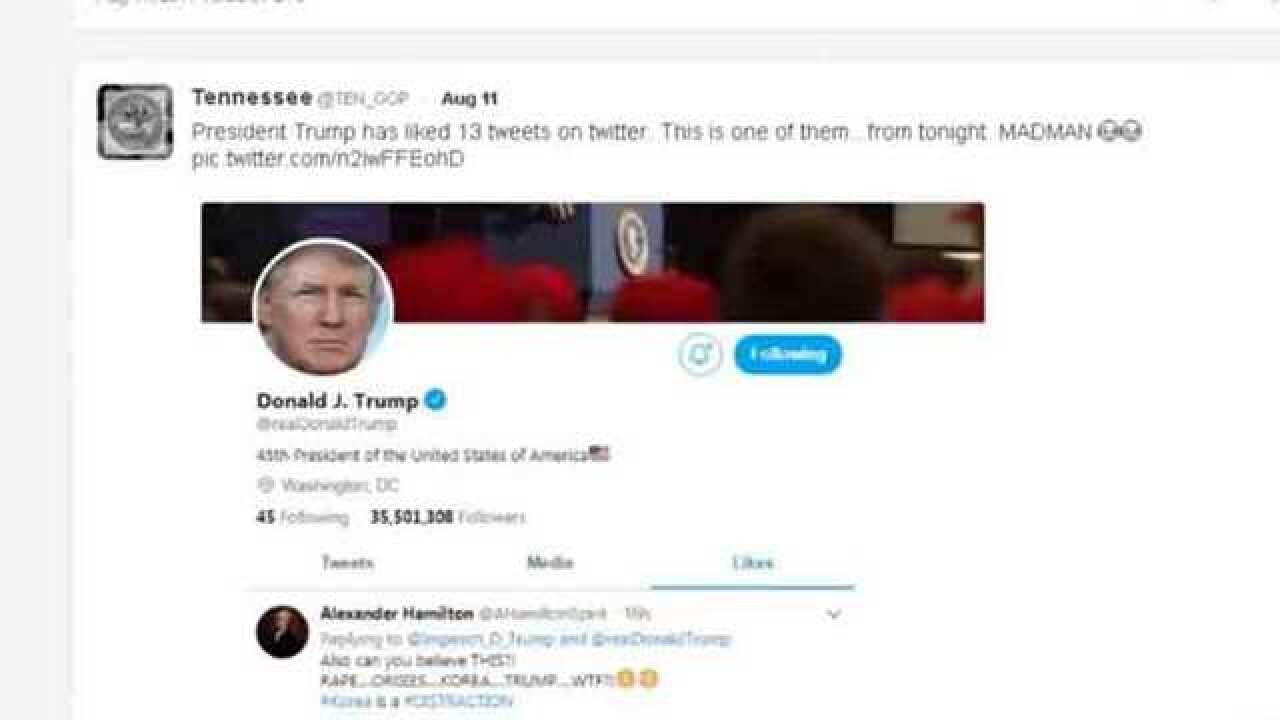 The Tennessee Republican Party tried to warn Twitter about a rogue account that is now believed to be linked with a Russian effort to influence the U.S. presidential election, a spokesperson said.

Candace Dawkins provided NewsChannel 5 Investigates with three emails sent to Twitter complaining that @TEN_GOP was impersonating the party's @TNGOP account. The three emails were sent in September 2016, March 2017 and August 2017.

"It wasn't at all affiliated with this office so I have no idea of what or who ran that account," Dawkins said.

As NewsChannel 5 first reported, a new report from the Russian news agency RBC links that Twitter account to Russia's efforts to influence the U.S. election.

@TEN_GOP, which came to describe itself as the "unofficial Twitter of Tennessee Republicans," developed a following of more than 130,000 followers that included Tennessee conservatives and even former Trump advisor Gen. Mike Flynn.

After NewsChannel 5 first posted the revelations, the former executive director of the Tennessee Republican Party had harsh words for the account.

"That account pushed some of the most hateful rhetoric last cycle. Glad its misdeeds are finally being reported on," Brent Leatherwood tweeted.

He later added, "No idea whether it was Russian or not, but it certainly pushed ideas that weren't Tennessean. In fact, they were anti-American sentiments."