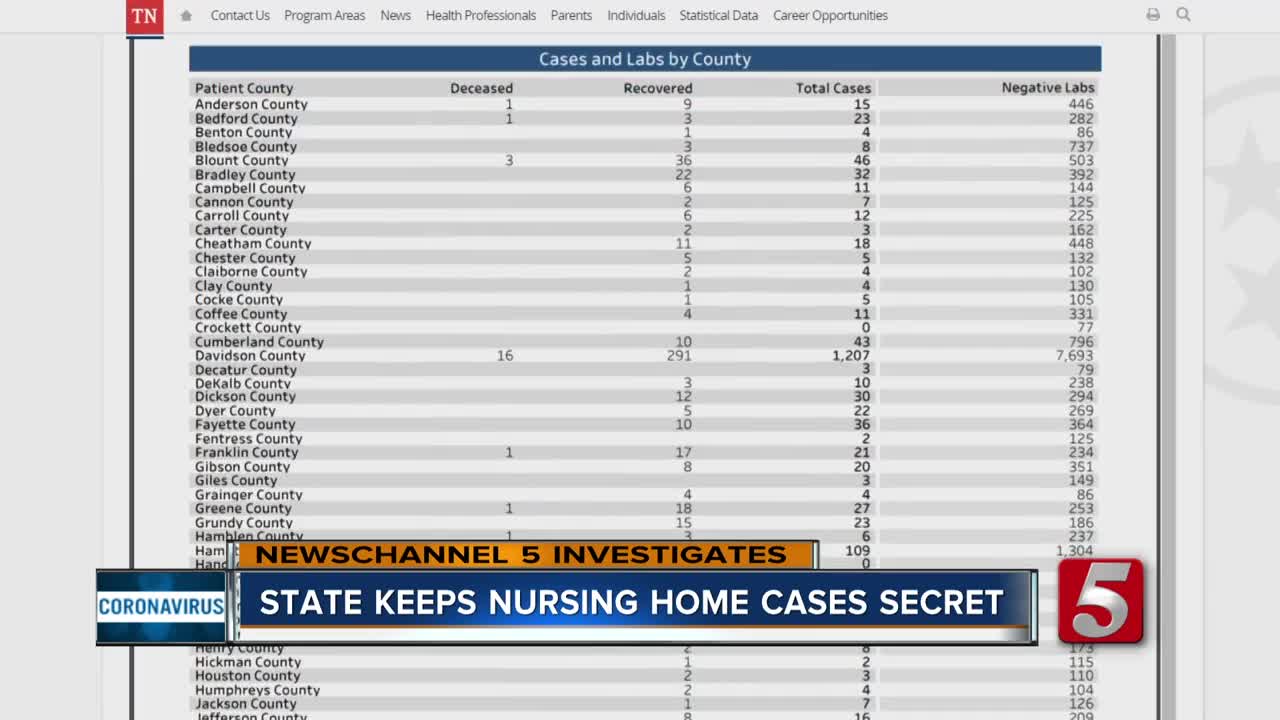 One of Tennessee's closely guarded secrets is how many of our elderly in nursing homes and other long-term care facilities have become sick or died as a result of COVID-19. 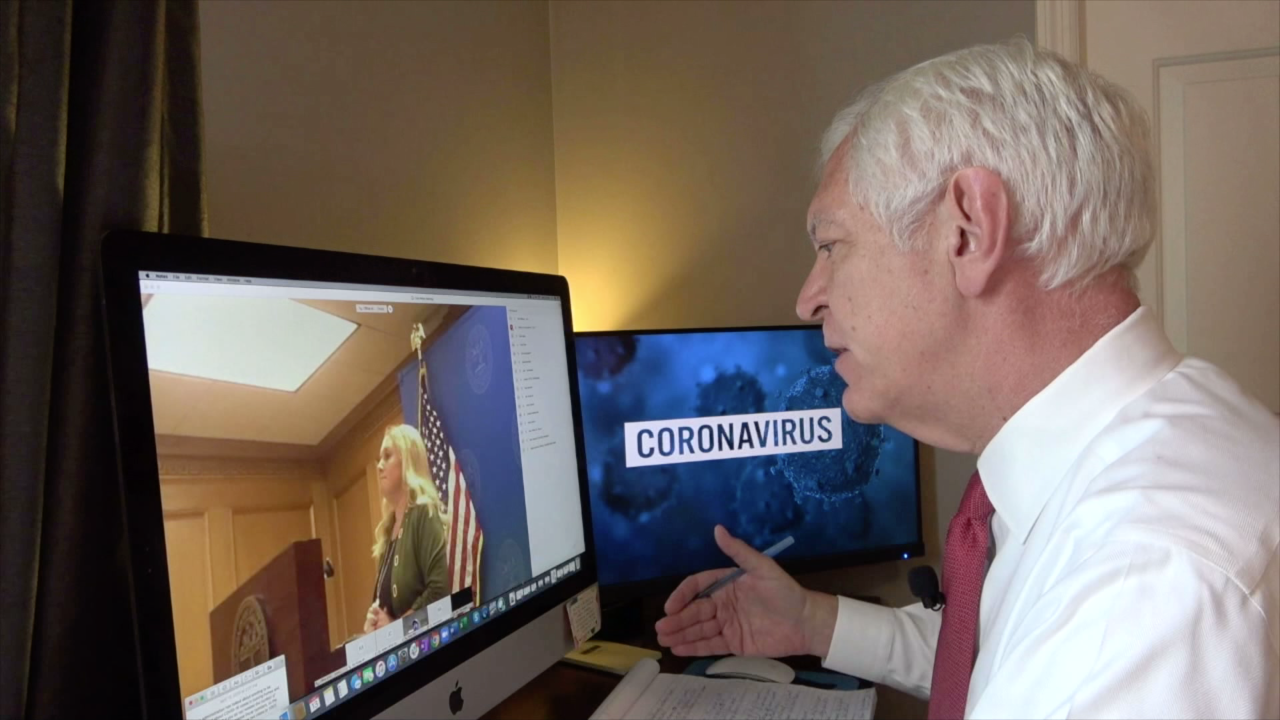 NASHVILLE, Tenn. (WTVF) — One of Tennessee's closely guarded secrets is how many elderly residents in nursing homes and other long-term care facilities have become sick or died as a result of COVID-19.

Such information has been hard to come by from the earliest days of Tennessee's COVID-19 crisis, when a Gallatin nursing home had to be evacuated in the dark of night.

"It really seems like they don't care -- deliberate indifference, like we're not going to tell you anything," family member Chad Vinson told NewsChannel 5 Investigates.

Even now, Gov. Bill Lee and his team will not say how many nursing home residents around the state have become sick or died.

Lee deferred to his health commissioner, Dr. Lisa Piercey, on Monday when NewsChannel 5 asked for those numbers.

It turns out, that's information that Piercey and her team are keeping to themselves.

"Our contact tracing folks and epidemiologists do know exactly what is in each facility. We do not report that publicly," Piercey answered.

Watch the exchange with the Commissioner below:

Last week, the state finally started disclosing just the names of the long-term care facilities that have two or more COVID-19 cases.

There's no hint, for example, that the Gallatin Center for Rehabilitation and Healing has experienced what sources say is at least 20 deaths.

"By withholding infection rates and death rates, they're basically hiding what's going on in nursing homes and assisted living centers and those kinds of facilities," said Deborah Fisher, executive director of the Tennessee Coalition for Open Government.

Fisher said she's concerned that the state may be keeping such information secret to protect the reputations of the nursing homes.

"I get that," the open government advocate continued.

"But, at the same time, maybe this is a time when the reputation of the nursing home is less important than the importance of the public knowing what's going on in the nursing homes. Do we have a huge problem?"

Deborah Fisher discusses the need for transparency below:

When pressed about the lack of transparency, Piercey pointed to the department's list of facilities with two or more cases.

NewsChannel 5 Investigates noted, "Families don't know if it's two cases or 200 cases. Why can the state not be more transparent about just how bad the scope of the problem is?"

The health commissioner said she was just following the lead of other states.

"We're just posting those facility names for the public's benefit. We took our cues from other states that are doing the same," Piercey added.

But NewsChannel 5 Investigates checked and the state of Georgia lists every long-term facility that has even one COVID-19 diagnosis, listing the exact number of cases in each facility AND the number of deaths.

So we pressed the commissioner, "Can you tell me why you could not be more transparent and give the exact number of cases?"

Piercey said her department is still trying to figure out what is appropriate to release.

"It that becomes a need that we have later down the road, we're open to considering that."

The Lee administration was slower than many states to disclose vital information, such as the counties where COVID-19 deaths were occurring.

In an effort to force the issue on what's happening in our nursing homes, NewsChannel 5 has now filed an official public records request that, by law, could require that information to be disclosed.