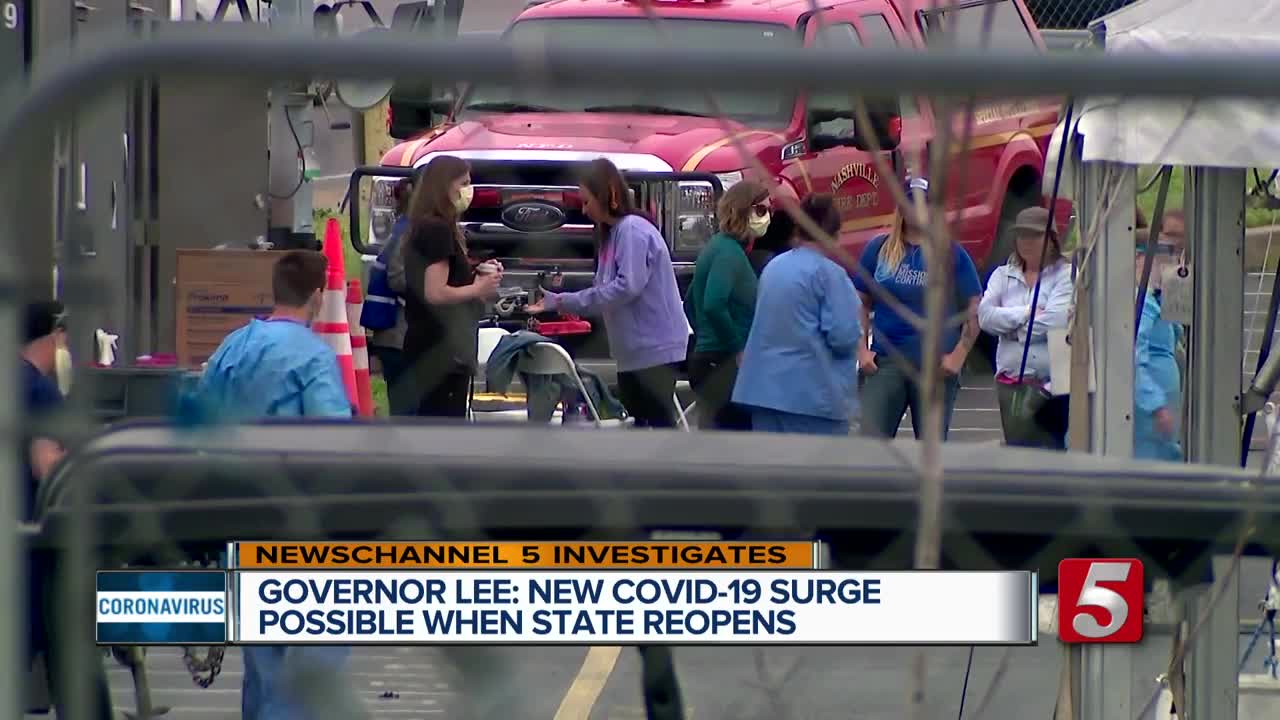 During a call with state lawmakers on Wednesday, Lee and his team said there is no longer a need for pop-up facilities at Nashville's Music City Center and other sites around the state.

But, in a grim tone, the governor said Tennessee is preparing for "a new normal" in which the coronavirus could easily come roaring back as he proceeds with plans to reopen the state's economy.

Planning for those emergency sites came as COVID-19 models were projecting that the virus could outstrip hospital bed capacity in the state.

Commissioner Stuart McWhorter, head of Lee's COVID-19 Unified Command, said his team's immediate focus is no longer on the Music City Center and other such sites.

"We just don't need it," McWhorter told lawmakers. "So Music City Center is now an option. If and when we have to pull the trigger, we can."

Instead, the state is "looking for locations that could serve as a long-term 12- to 18-month solution in the event that capacity, census in the hospitals go up, resources are scarce and we just need to have an alternative care site in place."

"So the idea is to have a location in place that can serve a capacity surge until there is a certainly a vaccine, but until this is more manageable and hospitals are feeling comfortable with respect to what they are able to do on their own sites," McWhorter added.

But Lee and McWhorter were dismissive of COVID-19 models that, medical authorities argued, sounded the alarm of what could have happened without social distancing.

Instead, they said they would be relying on guidance from health care providers about their capacities.

“Instead of models that may or may not tell us much going forward, what we prefer to have is data that tells us exactly where we are," Lee said.

The governor insisted that Tennessee "can manage both the disease spread and the economic recovery."