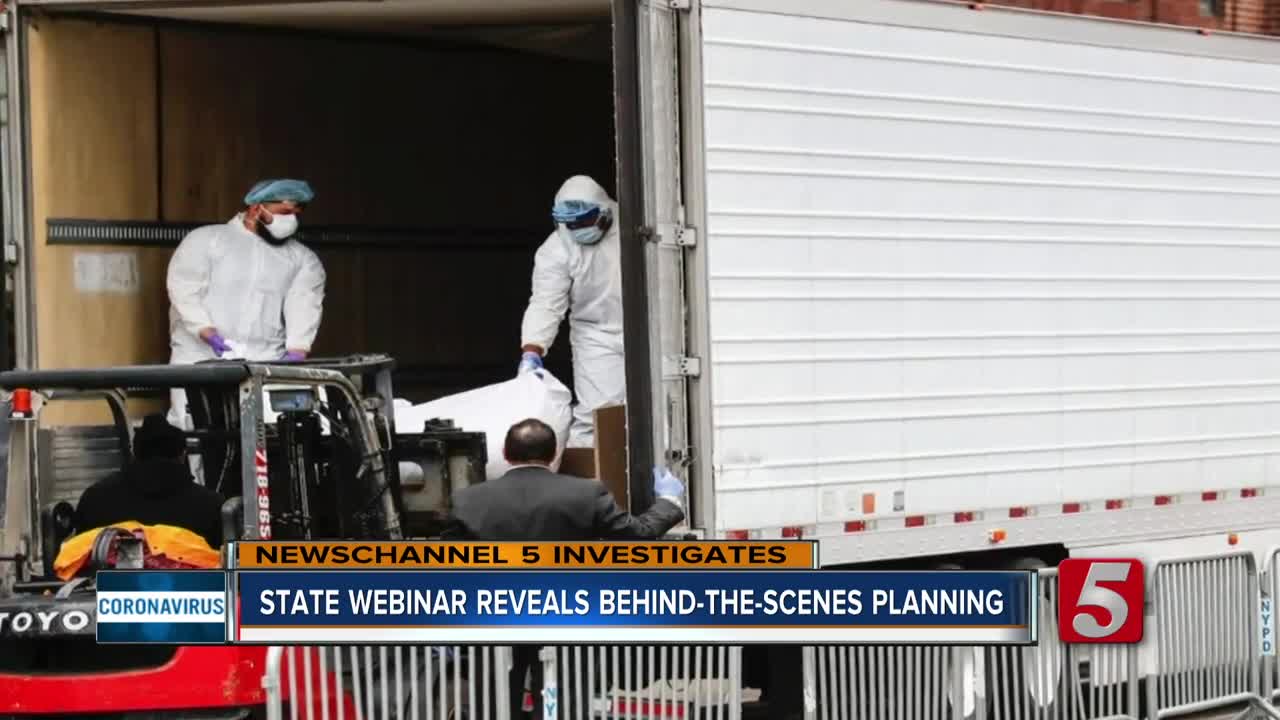 Tennessee plans to deploy refrigerated trucks across the state in anticipation of the possibility that COVID-19 deaths could outstrip projections and leave hospitals with more bodies than they could handle. 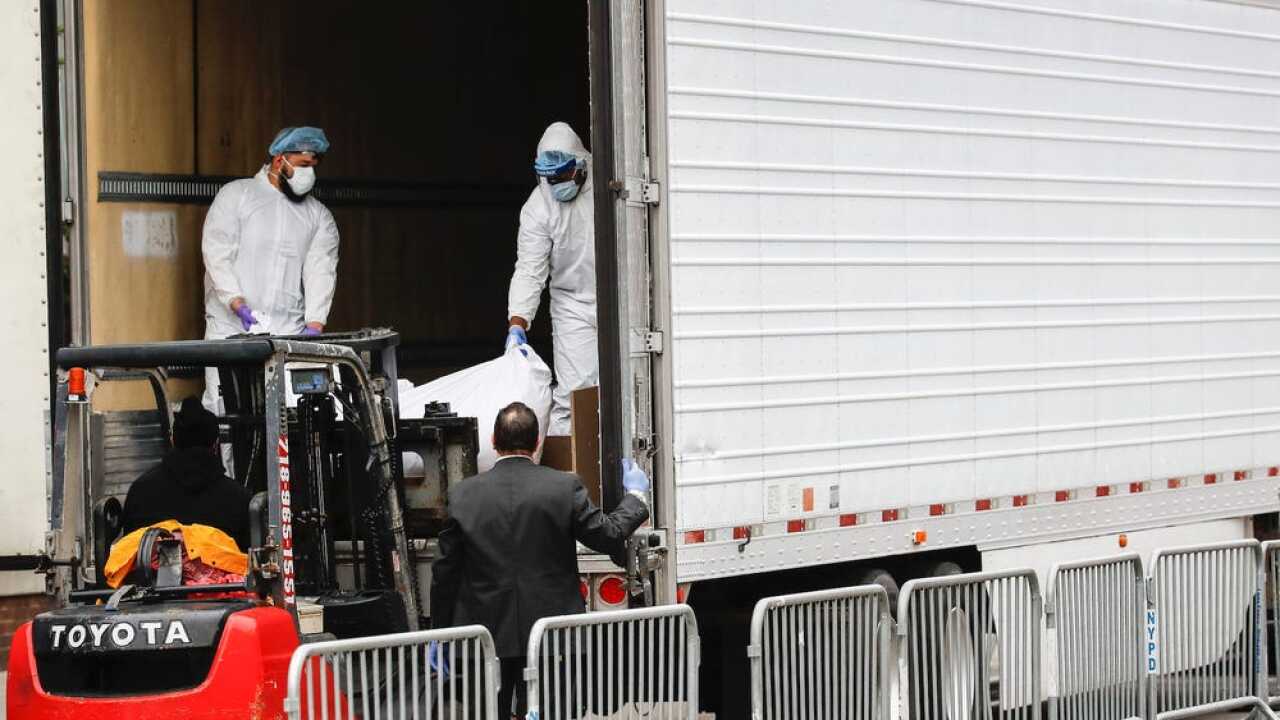 NASHVILLE, Tenn. (WTVF) — Tennessee plans to deploy refrigerated trucks across the state in anticipation of the possibility that COVID-19 deaths could outstrip projections and leave hospitals with more bodies than they could handle.

The state's chief medical examiner, Dr. Adele Lewis, made that stunning revelation Friday during a webinar for healthcare professionals. Lewis said the Tennessee Emergency Management Agency is heading up the effort.

"We have secured some refrigerated trailer trucks through TEMA that we are distributing across the state," Lewis said, explaining that those deployments would occur this week.

"Right now, we feel that we have adequate capacity to store the predicted number of bodies if there is a surge in deaths. We’re continuing to monitor that closely, and working again through TEMA to get those materials that we require.”

Such measures have become commonplace in New York City as it deals with a COVID-19 crisis.

One COVID-19 model closely watched by the state, out of the University of Washington, predicts that the peak in coronavirus deaths will peak in Tennessee next week with 23 deaths per day.

The outer ranges of that same model leave open the possibility of more than 70 deaths per day.

However, a new model from researchers at Vanderbilt University Medical Center, using Tennessee-specific data, projects that the state will not reach its peak until mid-June at current rates.

That peak "could stress the capacity of the state hospital system," the researchers conclude.

"A critical takeaway of our model is the importance of continued social distancing until we reach a sustained drop in cases," the VUMC researchers concluded.

"Any reduction in social distancing must be paired with reliable and speedy testing and contact tracing to keep disease spread under control."

On Monday, Gov. Bill Lee extended his stay-at-home order until the end of April.

During the webinar, Dr. Michelle Fiscus, medical director of the Tennessee Vaccine-Preventable Diseases and Immunization Program, admitted that testing continues to be an issue.

"I think we would all like more testing. We are trying to ramp up testing over the course of the next week, but there are a lot of great limiting steps there," Fiscus said.

"You have to have the specimen collection capability, the viral transport media, the correct swabs which are actually in pretty short supply."

And contact tracing, figuring out who may have been exposed, the doctor said, is still a question of resources - especially in some of the state's harder-hit areas.

"So we are in the process of trying to expand that workforce to recruit people that can help us with contract tracing that can be done remotely to be sure that all of those contacts are followed up with," Fiscus added.

In the webinar, it was also revealed that the chief medical examiner's office is reviewing recent deaths to see if whether the real death toll, among the elderly, for example, might be even higher than what we know.