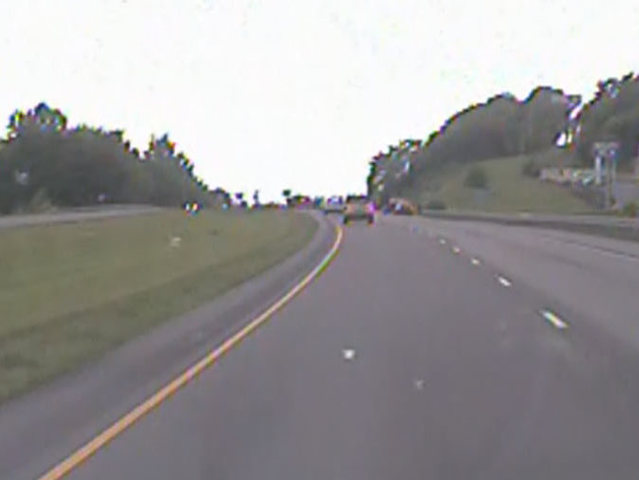 The White County Sheriff searches a woman's home without a search warrant. 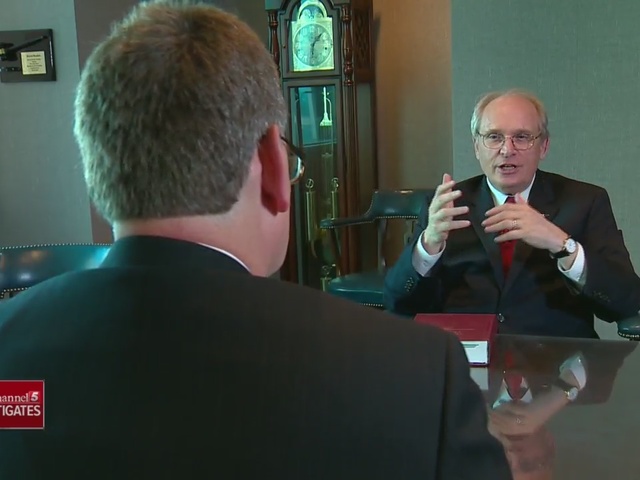 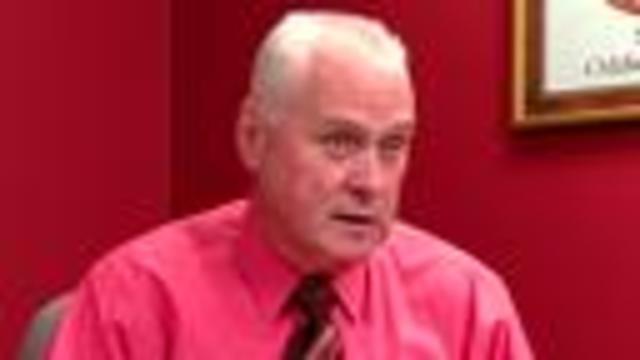 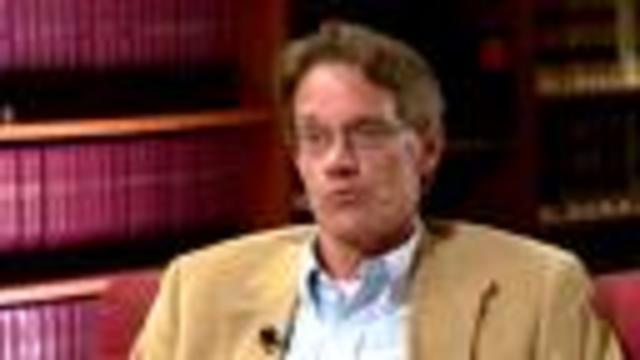 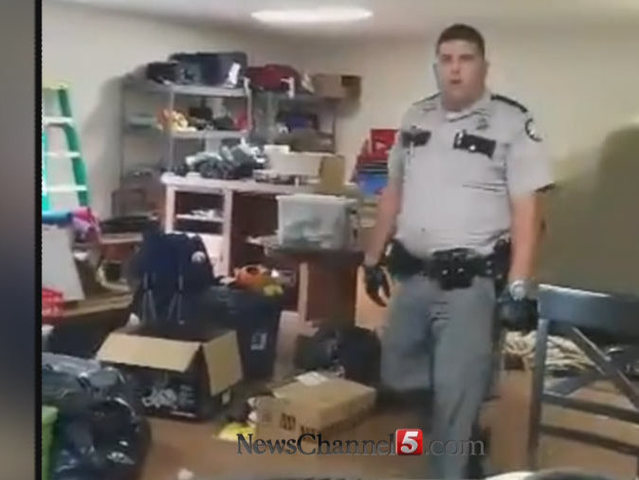 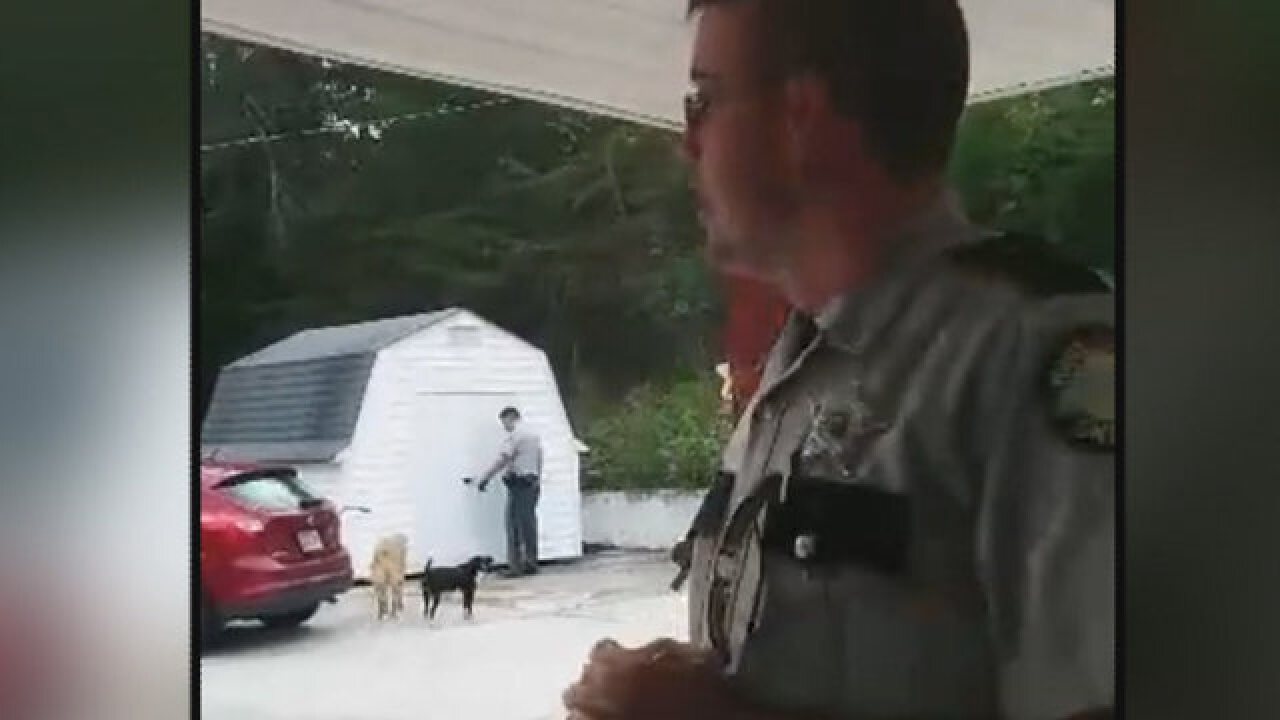 A Tennessee sheriff is using a state law from the 1850s to justify searching people's homes without a search warrant.

White County Sheriff Oddie Shoupe said he does not need a search warrant to enter people's homes if officers believe a fugitive is inside.

But legal experts say the United States Supreme Court requires law enforcement to get a search warrant before entering the home of someone not listed on an arrest warrant.

Jessica Newnum is a single mom who recently moved to White County.

"I'm just trying to make a living and raise my kids," Newnum said. "All I do is work and stay home."

Last month, she lay down for a nap after work, unaware deputies were racing toward her house.

After surrounding her property, Sheriff Shoupe knocked on her door and announced he was looking for his nephew,  David Pecor, a fugitive who had missed a court date.

"I heard a deep voice," Newnum said. "So I unplugged my fan and I was like what? I thought it was my kids."

When no one answered the door, the sheriff went inside.

"The sheriff opened up my bedroom door with a gun pointed at me telling me he had a warrant to search my house, but he never showed me anything," Newnum said.

Audio from the dash cam on the sheriff department's patrol car reveals how shocked Newnum was.

"Got warrants open the door," the sheriff said.

"Who for me?" Newnum asked.

"No, I'm looking for David Pecor," the sheriff answered.

Newnum said she has never met Pecor and was traumatized by the sheriff's actions.

You can hear her crying on the audio.

"You don't know him? Ok, come out here," the sheriff said.

"We're going to look around," the sheriff said.

Deputies searched her house with dogs but found nothing.

Sheriff Shoupe did have an arrest warrant that day, but admits he did not try to get a search warrant.

"We don't have to have a search warrant," he told NewsChannel5 Investigates.

"If we've got reasonable probable cause, which we did, and the subject that lived there prior was my nephew, the brother of the subject, so we made entry," Sheriff Shoupe said.

Deputies believed Pecor was inside because they saw a car that resembled his in the driveway, and Pecor's brother had rented the home months earlier.

"Nobody was hurt," Sheriff Shoupe said. "She was treated with respect and I apologized, and that's all I owe her."

But legal experts insist the law isn't on the sheriff's side.

"He needed a search warrant to go into that woman's house and that entrance was absolutely unlawful," attorney David Raybin said.

Raybin said officers can't barge into people's homes just because they have an arrest warrant.

A search warrant is different. It requires a judge's permission to go inside.

"This is not some obscure law that nobody's heard about. The Supreme Court decided this issue over 30 years ago," Raybin said.

But this wasn't the first time Shoup's department entered the home of an innocent person without a search warrant.

"A deputy pushed past me again to go back in my house. And that's when I pulled out my phone and started recording the incident immediately," Lance Davis said.

Davis was shocked when White County deputies showed up at his house two years ago.

They told him they were looking for a man Davis said he had never heard of.

"You don't have a warrant to search my residence," Davis said to officers as he recorded them with his phone.

"Yes we do," the officer responded as he walked into Davis' garage.

"It's called probable cause, ok?" the officer said.

Deputies found nothing, but again claimed they didn't need a search warrant.

They said a felony arrest warrant and a tip that the fugitive might be inside were enough.

"You cannot go from house to house with an arrest warrant," Slobogin said.

"I think it's fairly common for police to believe that if they have an arrest warrant, that authorizes their entry into any place the suspect may be. That's not the law."

"I've never had a gun drawn on me before," Newnum said.

She said some things are hard to get over.

"One minute I was comfortable in my house and the next minute, I'm up with my hands in the air."

The sheriff said he had authority go into those homes based on Tennessee Code 40-7-107.

It states: "To make an arrest, either with or without a warrant, the officer may break open any outer or inner door or window of a dwelling house if, after notice of the officer's office, authority and purpose, the officer is refused admittance."

But David Raybin said that law is from 1858, and no state law can override the U.S. Constitution.

The U.S. Supreme Court has ruled a search warrant is required to enter the home of someone who is not named on an arrest warrant -- unless there is some extenuating circumstance like a hostage situation.