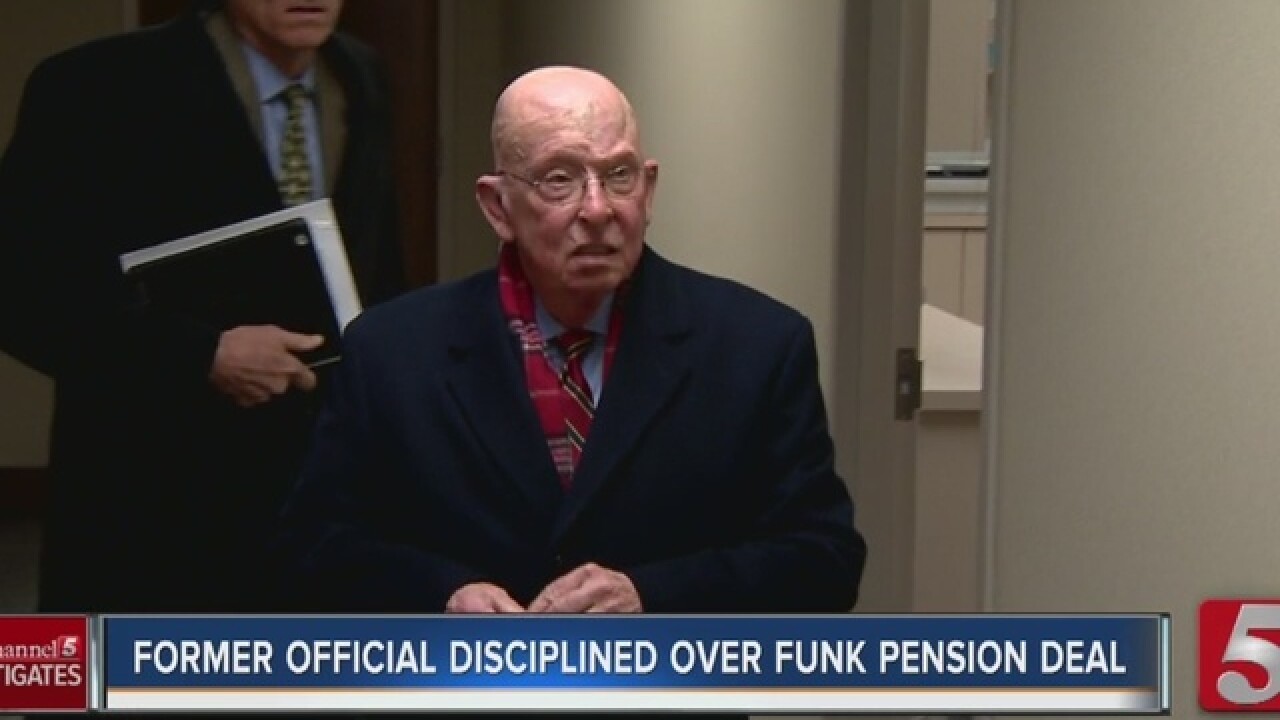 NASHVILLE, Tenn. -- Wally Kirby, longtime head of the Tennessee District Attorneys General Conference, resigned Friday amid controversy over a pension deal that he worked out for Nashville DA Glenn Funk.

That comes just two days after the state's elected DAs, who oversee the organization, voted to suspend Kirby for a month without pay for his role in the scheme.

The deal, where Kirby created a state job for Funk while he waited to take office last summer, was first exposed by NewsChannel 5 Investigates. Funk also got state health insurance for himself and his family two months before he took office.

Kirby "felt like going forward it would be very difficult for him to continue to be an effective leader of the Conference," said the Conference president Garry Brown, a district attorney general from Trenton.

"Under the circumstances, he felt it would be in his best interests, as well as the best interests of the Conference, for him to retire."

All of this comes as state lawmakers are demanding answers and promising to hold hearing on the arrangement.

The executive committee of the DA's Conference recently notified state auditors of the deal that they suggested "could be viewed as an abuse of public money."