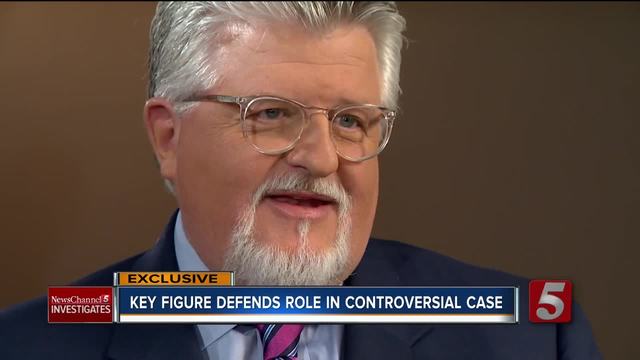 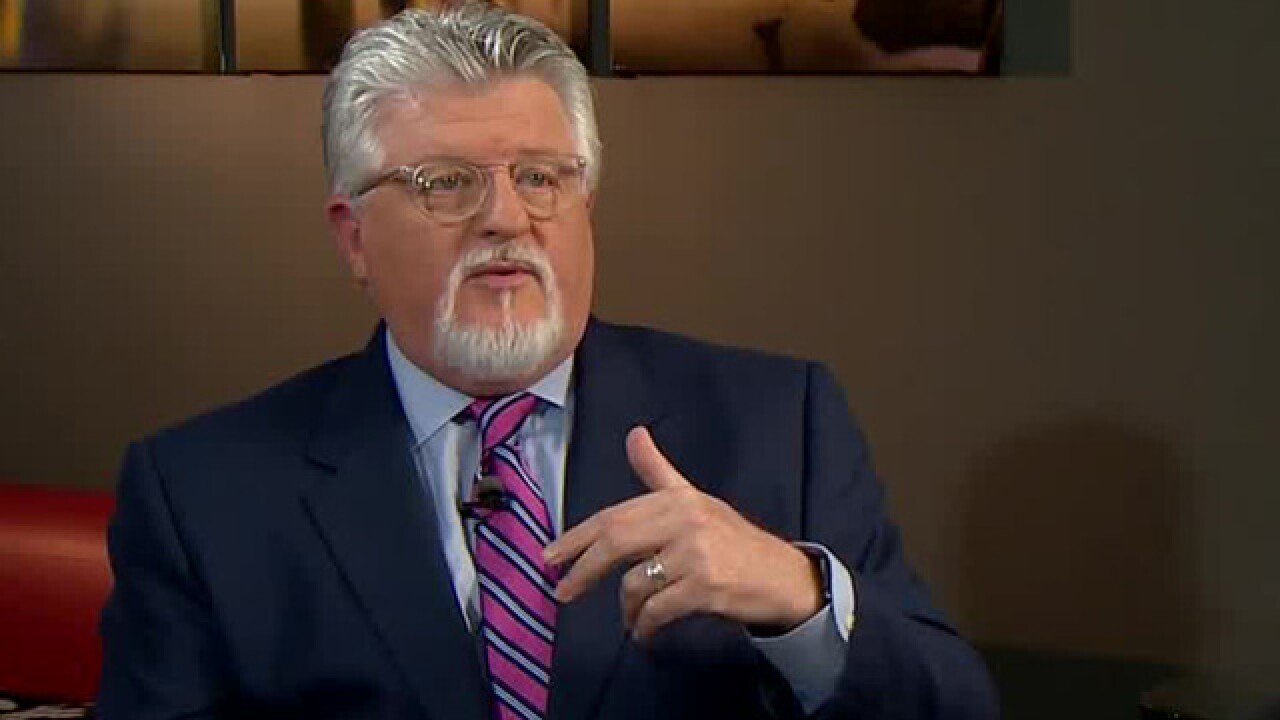 A key figure in one of the most controversial domestic violence cases in Nashville history is speaking out for the first time.

It was a case that sparked misconduct charges against a Nashville judge and lawyer and, later, allegations of blackmail, even possible bribery.

And the story that veteran public relations consultant Bill Fletcher tells in an exclusive interview is a story that involves that judge and lawyer, whose relationship is now at the center of an FBI investigation involving other cases.

"An allegation was made against me that was false," Fletcher said in an exclusive interview with NewsChannel 5 Investigates.

Fletcher was hired as part of the legal team working for Nashville developer David Chase.

The case made headlines after Chase was arrested in 2014 on domestic violence charges. His defense attorney, Bryan Lewis, called his close friend, General Sessions Judge Casey Moreland, to get Chase released from jail despite a state law requiring a 12-hour hold.

We asked Fletcher, "Did you ever have any doubts about David Chase's innocence?"

And for about a year, Fletcher worked with Chase's new legal team.

Then, after Chase filed suit in Williamson County against his accusers, court filings and testimony obtained by NewsChannel 5 Investigates show serious accusations emerged.

We asked Fletcher, "Was there ever any talk of bribing anyone?"

But after a meeting between Fletcher and David's father, Dean Chase, a text message -- introduced as evidence -- shows David texted a friend: "my PR guy went beyond the extortion of me and told my dad he needs $2 million to 'make this go away.'"

His mother, Sandy, was asked in deposition testimony about the $2 million request.

An attorney wanted to know, "Was your perception that Bill Fletcher wanted $2 million to bribe someone?"

Sandy Chase responded, "I think Dean inferred that that was the purpose."

Fletcher insisted there's no truth to that claim.

"I try to do the right thing in my business and this whole idea that I would go to some trouble to try to bribe a DA in Davidson County is ridiculous on its face," he said.

Fletcher explained that he also had a second contract to help promote Dean Chase's hotel ventures.

But then Dean Chase suddenly decided to cancel that contract which, Fletcher says, is probably how the $2 million number came up.

"I just think he got a little bit confused," Fletcher said.

In separate deposition testimony, Dean Chase was asked: "Was it a payment for legitimate work?"

We asked Fletcher, "Was there ever talk that you needed money to make the case go away?"

Fletcher said that he did hear that the DA and his team had serious concerns about the case against David Chase, but were worried about the politics of dismissing such highly publicized charges.

A document, obtained by NewsChannel 5 Investigates, shows the results of a focus group that Fletcher said he put together.

The report concludes the focus group believed "going to trial would be a waste of taxpayers' money."

"I really wanted to just give the DA the political courage to do what he wanted to do anyway, which was drop the case," Fletcher said.

We asked, "You were not asking him to do anything unethical or illegal?"

"No," responded. "I knew the DA wanted to dismiss the case."

Fletcher said that he had copies delivered to David Chase's new attorney, as well as the first attorney, Bryan Lewis, counting on them to get the message to the DA.

"Bryan Lewis had an unusually close relationship with the DA and with Judge Moreland -- and I knew that."

And Lewis also wanted the case to go away, Fletcher said, since he and Judge Moreland were facing ethics charges for their handling of Chase's arrest.

"There was a feeling among Bryan, and I think Casey, that if David's case ultimately got dismissed then what they did at the beginning would not look as bad as it looked," he added.

NewsChannel 5 Investigates noted that "f it was a bogus from the beginning...."

Fletcher chimed in, "They went and got an innocent guy out of jail. Ok? It's hard to be made at a guy for doing that even if you broke or bent a rule in the process."

Eventually, Funk did agree to drop the domestic violence charges, but only if Chase agreed to drop a civil rights lawsuit he had filed against Metro Police, as well as several officers.

Fletcher said, Funk "had something David Chase wanted. So he said drop these cases, I'll do what you want me to do."

A text message filed in the civil case shows he thought it was "blackmail."

So Fletcher said he encouraged Bryan Lewis to put the pressure on Chase.

"I said call David and make it personal," Fletcher recalled. "Tell him you need him to drop these lawsuits."

He added, "I think that had an impact on David."

Finally, Chase agreed, and the deal was struck.

"There was clinking of glasses and a little celebration that the case was finally over."

A spokesperson for the DA's office says no one there remembers ever seeing a report from a focus group.

Fletcher said that all the players were doing what they had to do -- and he doesn't believe anyone crossed any legal or ethical lines.

EDITOR'S NOTE: We should note that, after Phil first reported on the allegations being made in the Williamson County court case a year ago, General Funk sued Phil and NewsChannel 5's parent company for $200 million. A motion has been filed asking a judge to dismiss that lawsuit.