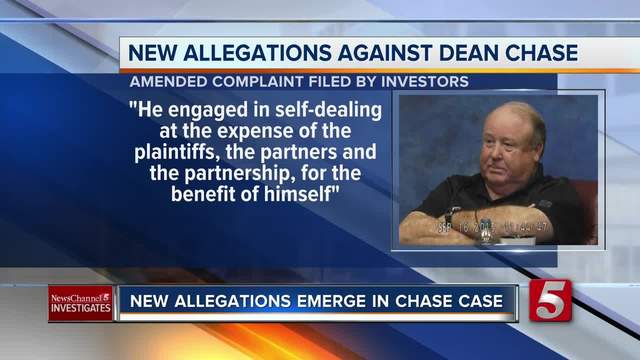 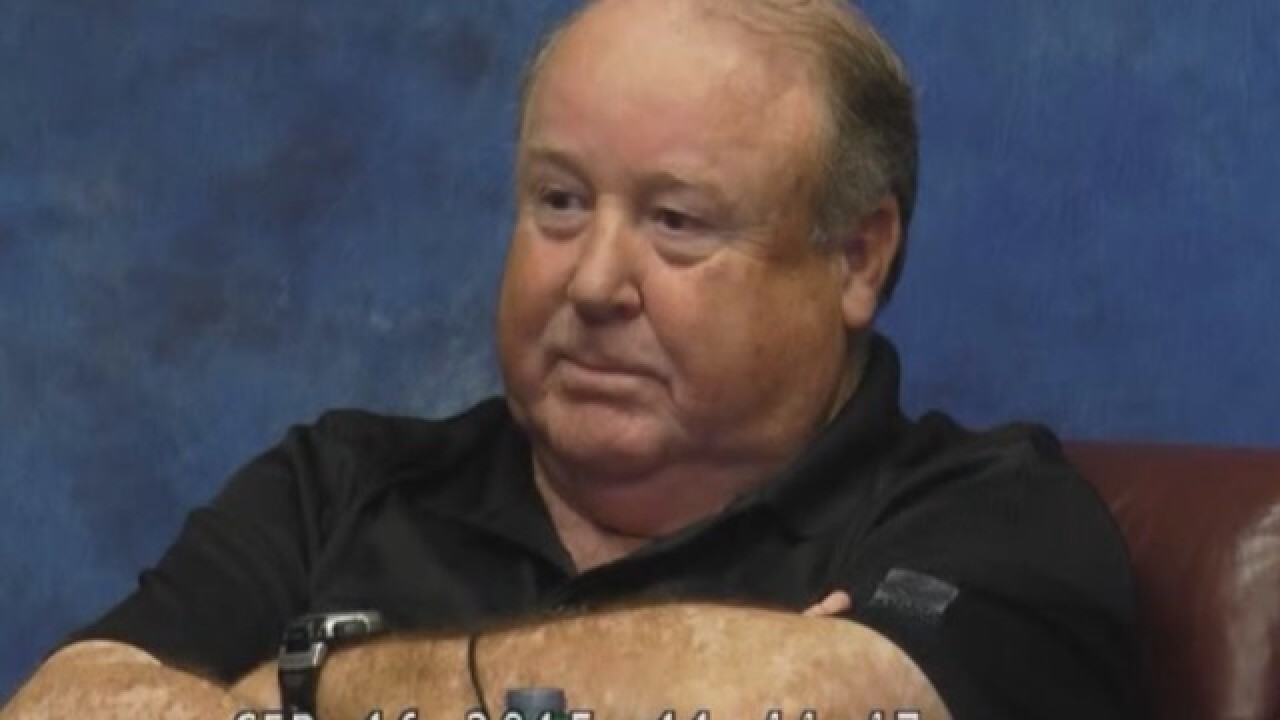 Those charges against David Chase were eventually dropped.

Dean Chase "engaged in self-dealing at the expense of the plaintiffs, the partners and the partnership, for the benefit of himself and David Chase," the court filing states.

It alleges, "Dean Chase's conduct and pattern of self dealing was intentional."

The allegations emerged in an amended complaint filed in an on-going lawsuit against Dean Chase by a group of investors in a planned Virgin Hotel project on Nashville's Music Row.

At the time of David Chase's arrest nearly three years ago, he was the developer for that hotel project.

With those charges still looming, Dean Chase took the lead on the project, then began recruiting investors.

The amended complaint claims that Chase directed the hiring of veteran PR consultant Bill Fletcher by Nashville's Waller law firm, which was working on the hotel development project.

What Fletcher was really doing, the lawsuit claims, was working on David Chase's defense, including pulling together a report from a focus group, designed to convince Nashville's DA that "going to trial would be a waste of taxpayers' money."

This was how Fletcher described his job to NewsChannel 5 Investigates back in February:

"I was approached by an attorney for Dean Chase's business," he recalled.

"This was a case - a very serious case. We  weren't really trying to win it in the court of public opinion. We were trying to keep a young man from wrongly going to jail. So it was primarily the legal strategy."

But, in testimony in a separate lawsuit also obtained by NewsChannel 5 Investigates, Dean Chase's lawyers blocked efforts to question him about his exact arrangement with Fletcher.

The amended complaint also alleges that the Waller law firm "billed for services on behalf of David Chase" and that payments came out of the accounts of the hotel investors, NV Partners.

"Neither the billings nor payments were contemporaneously disclosed to the partners, and were not proper partnership obligations," the filing adds.

Recently, a new legal team has filed an objection to the amended complaint, claiming it contains "impertinent and scandalous allegations" that have nothing to do with the investors' basic claims -- including claims that Dean Chase later sold the land for the hotel at below-market prices because of his own "need for money."

The allegations regarding David Chase's case "are designed simply to continue to harass and attempt to embarrass Dean Chase and other third parties," Dean Chase's attorney says in his filing.

Chancellor Lyle has set a hearing for next week on whether to order the investors to strike these latest allegations from their lawsuit.

Attorneys for both sides in the lawsuit declined to comment.