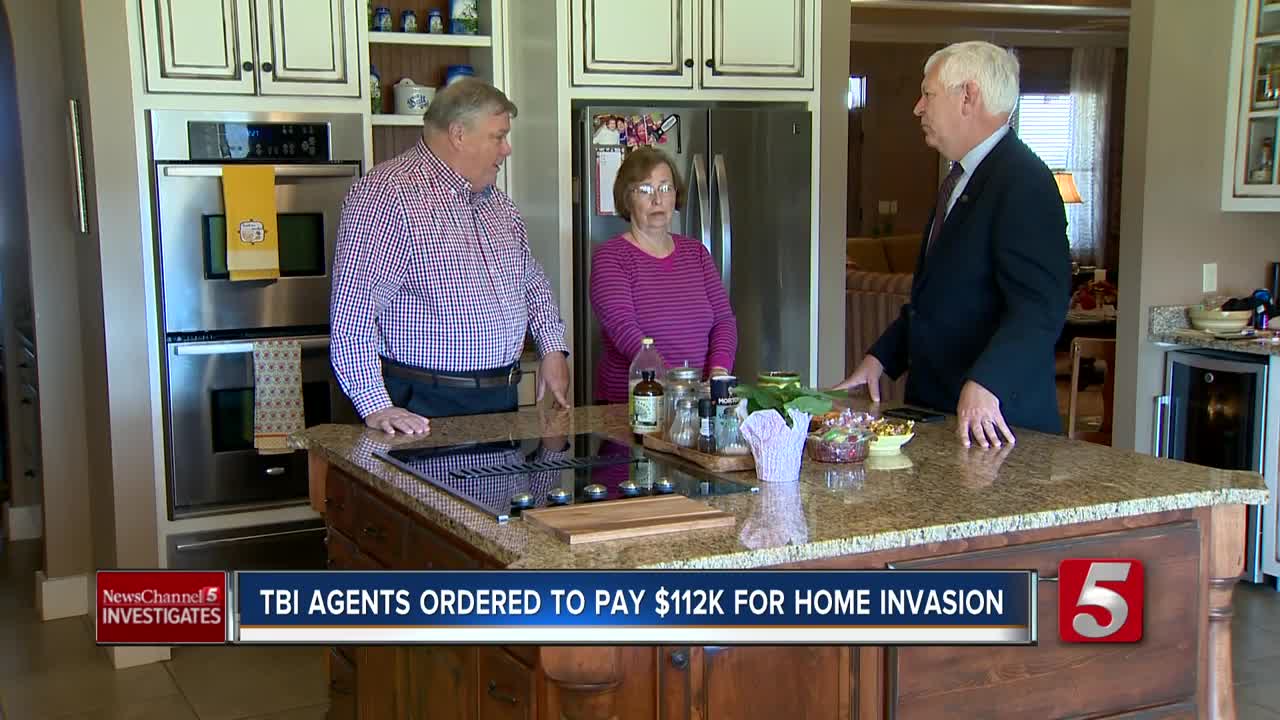 A West Tennessee couple has won a rare $115,000 verdict against two Tennessee Bureau of Investigation agents whom they had accused of illegally barging into their home without a search warrant. 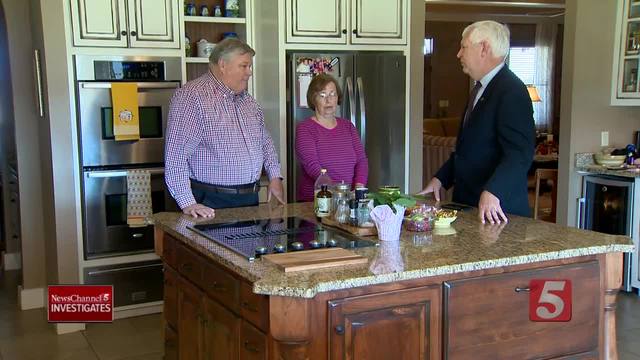 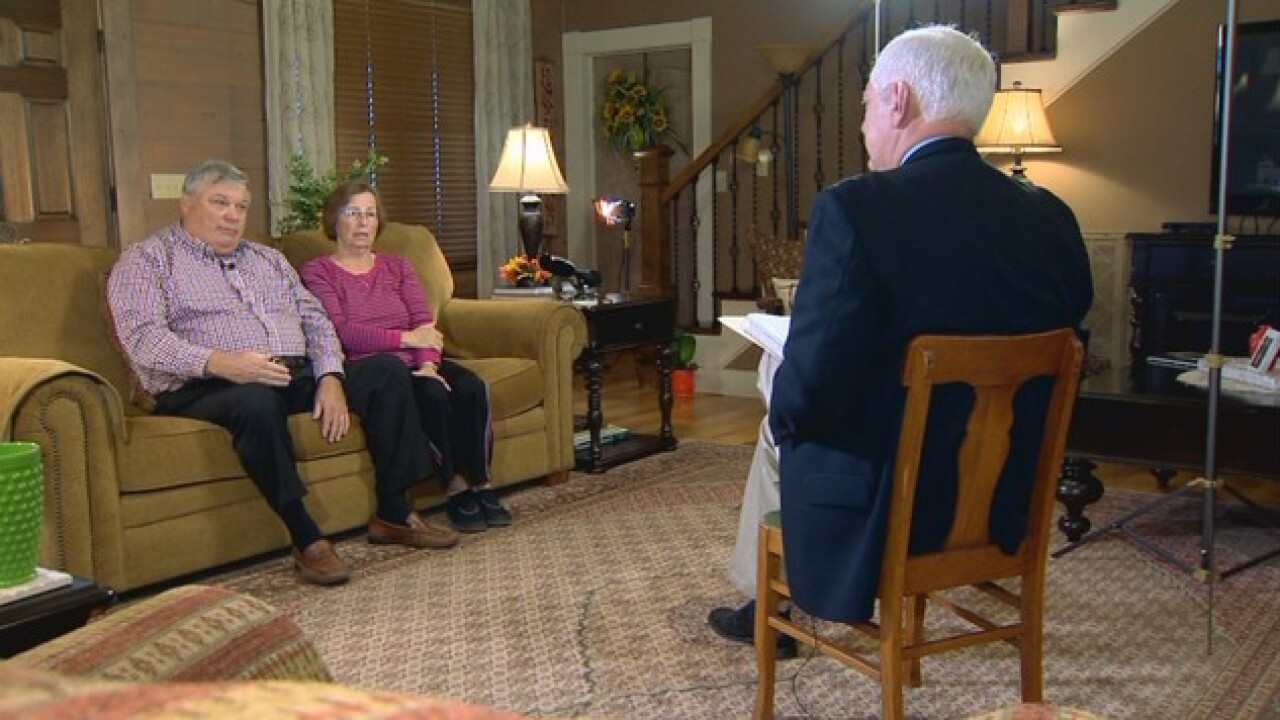 NASHVILLE, Tenn. (WTVF) — A West Tennessee couple has won a rare $115,000 verdict against two Tennessee Bureau of Investigation agents whom they had accused of illegally barging into their Lake County home without a search warrant.

Following a three-day trial, on Friday, a jury ordered TBI special agents Mark Reynolds and Jeff Jackson to pay $100,000 in compensatory damages and $15,000 in punitive damages to Fred and Marilyn Wortman, according to the Wortmans' lawyer.

The lawyer, Charles Agee of Dyersburg, said the jury verdict, stemming from a July 2015 incident at the couple's home, should send a message to the TBI and other law enforcement officers.

"Nobody is above the law, including these two agents or any other law enforcement officers in Lake County, in Tennessee or this nation - and I think that was the message that we sent," Agee said.

The TBI issued a statement, insisting: "We continue to maintain that our agents' actions were both lawful and necessary."

That July 2015 incident became the subject of an exclusive NewsChannel 5 investigation into whether the TBI can investigate its own agents. (Watch story above.)

Reynolds and Jackson came to the Wortmans' home after their son, who was already in jail for attempting to have his wife killed, had told another inmate that there were some sports collectibles and other valuables inside his parents' house that he might be able to get to pay someone to carry out the plot.

The agents wanted to seize those valuables from the Wortmans, even though they knew the parents weren't involved.

Fred Wortman told NewsChannel 5 Investigates that he asked one of the agents if they had a search warrant.

"He said, 'No, we don't have a search warrant.' I said, 'Well, in that case, I am going to ask you to get off my porch and get off of my property until you go and get a search warrant,'" Wortman said.

Wortman said he went back inside and closed the door.

Suddenly, he heard the sound of someone attempting to crash through the door.

"I mean hitting it," Wortman recounted. "So I pushed up against the door, starting screaming: 'Get off my property.'"

The Lake County accountant said he used his body weight against the door to try to keep the agents out.

His wife, Marilyn, came running from the kitchen.

"Fred was screaming numerous times, 'Get out of our house. Marilyn, call 911.'"

The husband said he "was able to withstand their beating the door for about three pushes, then they knocked me back ... and came in."

In their own investigative report, the TBI agents admitted that, "due to the complexity of the search warrant," they didn't even try to get one.

Agree attributed the legal victory to questions that he was able to raise about the agents' credibility on cross examination.

"I think it created in the mind of the jury that their credibility was weak or that they were actually lying on the witness stand," Agee said.

In response to the NewsChannel 5 investigation of the incident, TBI Director David Rausch had insisted the two agents had done nothing wrong.

"I think the TBI was on trial to a certain extent," attorney Agee said about the verdict.

Rausch had argued that, because Reynolds and Jackson had told the Wortmans what they were seeking, they were justified in barging into the house to secure it out of fear that the evidence might be removed.

"He clearly said he supported their behavior and that he had investigated the incident," Agee said.

"We found out during his discovery deposition under oath that his only investigation was talking to these two agents and getting their side of the story. He never talked to the Wortmans, who were the victims of this misbehavior by his agents."

Below is the full statement from the TBI:

"While we appreciate and respect the work of the jury considering the arguments in the civil case brought by the Wortmans, we are disappointed in the outcome of last week’s trial.

"The Tennessee Bureau of Investigation maintains that our Agents acted lawfully and in accordance with policy and best practices as they secured evidence for our case against the Wortmans’ son; a case in which Auston Wortman ultimately pleaded guilty to trying to hire someone to kill his wife multiple times.

"We continue to maintain that our Agents’ actions were both lawful and necessary in their efforts to protect the victims in this case: their former daughter-in-law and their grandchildren.

"Out of respect for the prospect of future legal proceedings in this matter, we have no further context or information to provide at this time."