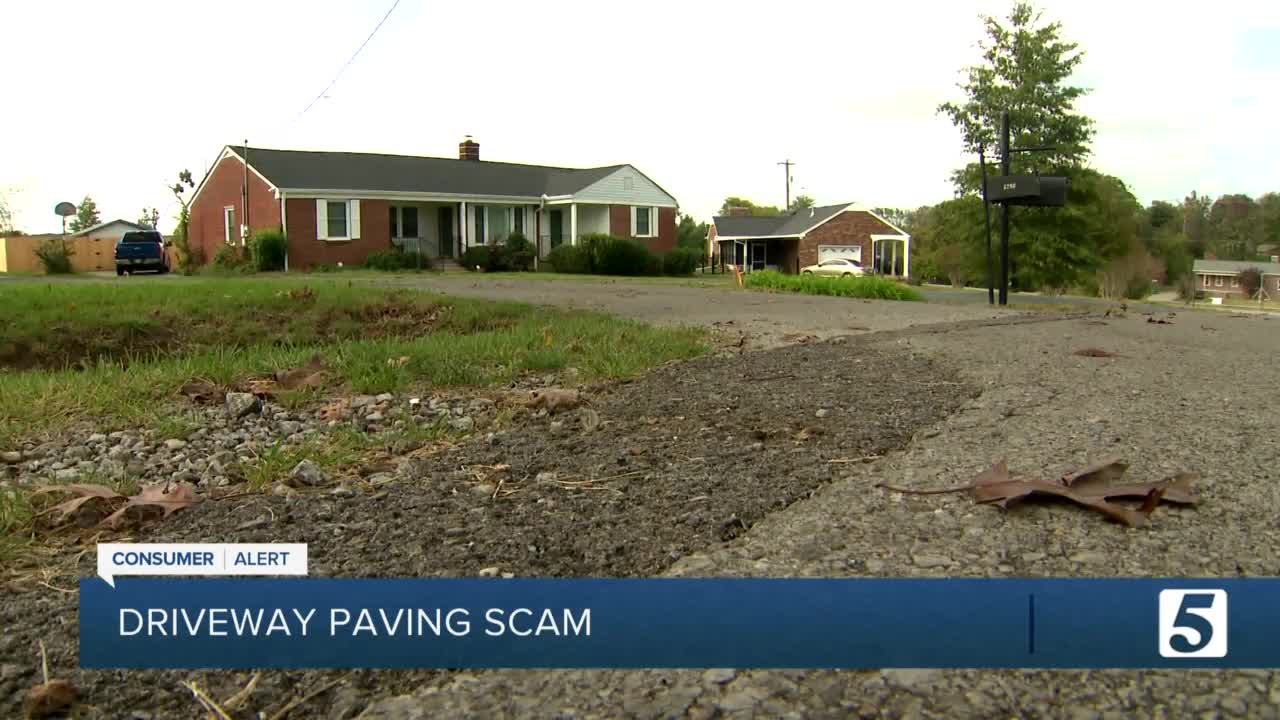 The Tennessee Attorney General's Office warns of a driveway paving scam where scammers come to your door and claim to have leftover asphalt from another job that they will use on your driveway and save you money. 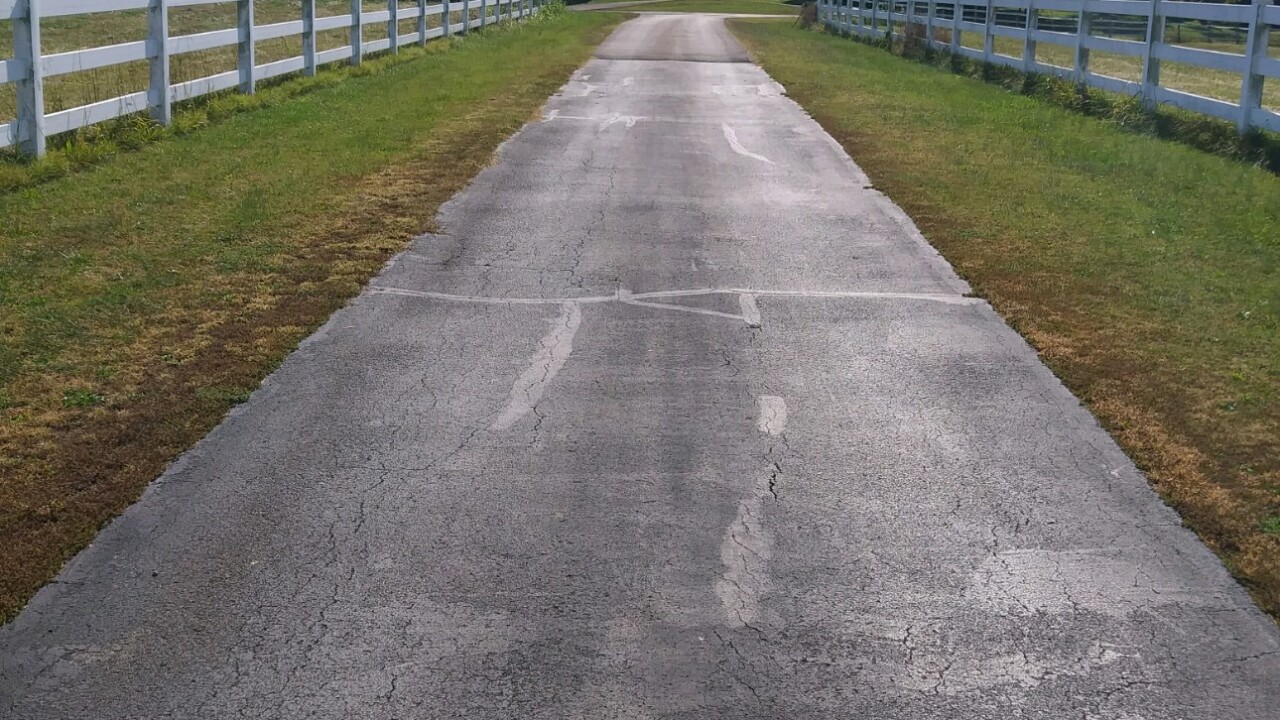 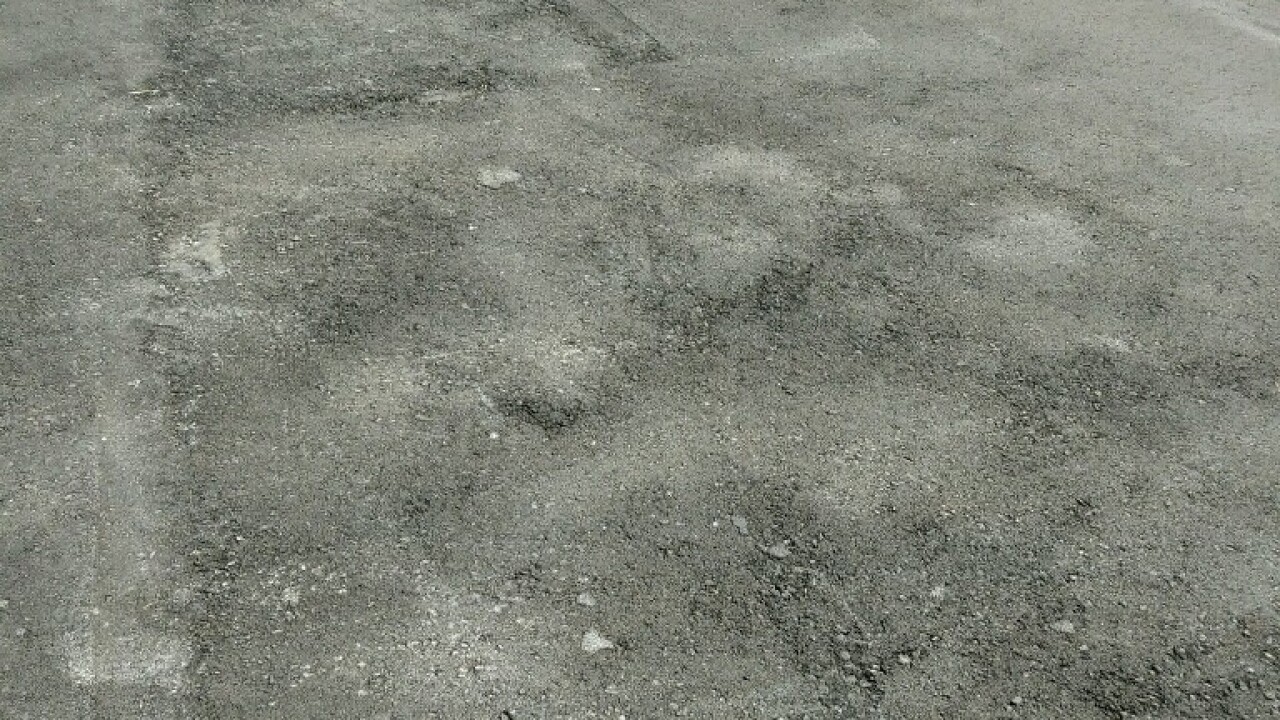 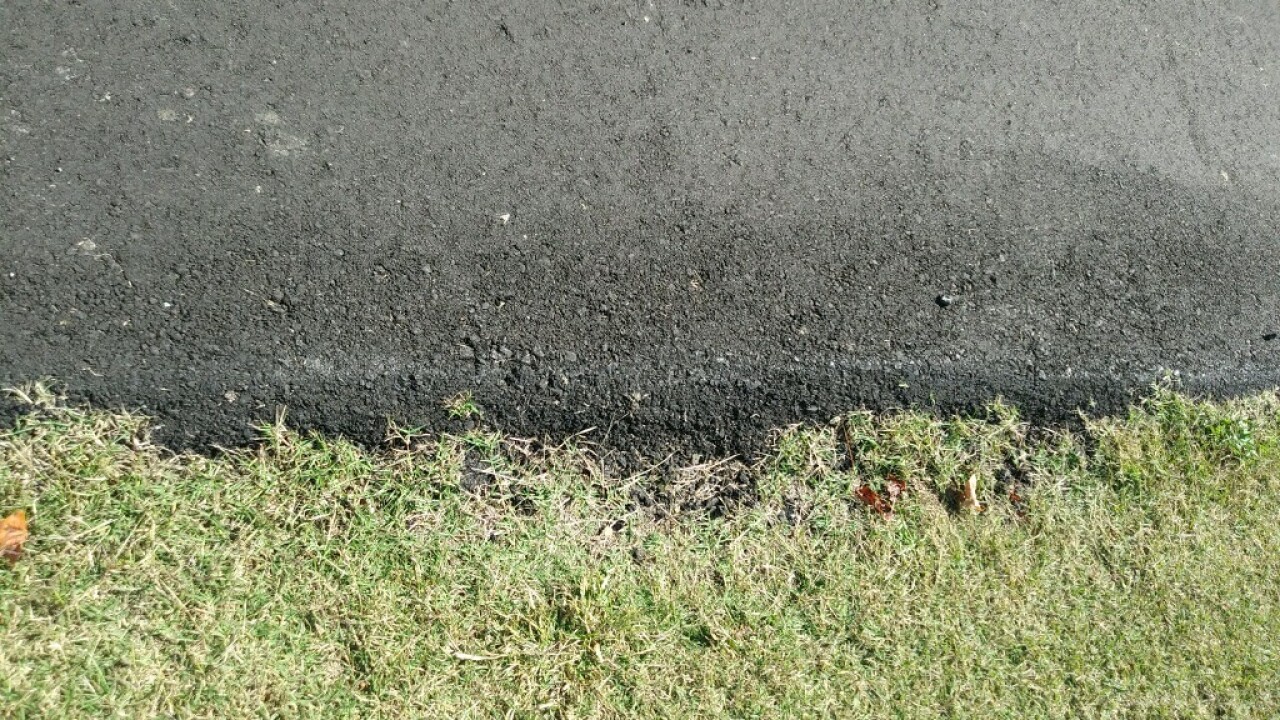 NASHVILLE, Tenn. (WTVF) — The Tennessee Attorney General's Office has a warning for homeowners about a driveway paving scam.

The scammers have already targeted and taken advantage of folks in Mt. Juliet. And now, there's fear they may move on and try to hit another middle Tennessee community.

These paving scams are not new. But they work because who doesn't want their driveways to look nice. But these scammers know that. And they're making deals that not only sound too good to be true, they are.

"I’ve been duped. I’ve been had," Harriet Stewart said.

The Mt. Juliet woman said she'd been thinking her driveway needed another coat of asphalt. And, then she got a knock on her door.

"He said he represented Blacktop Pros and they were in our area and they had done a job and they had leftover asphalt," Stewart recalled.

He claimed they had just done the parking lot of a nearby Walmart and he was offering her a deal. .

But what she got ended up being no bargain.

"Well, he said, 'It’s $30 a square yard and it’s regularly $60. But for you, because you are willing to take the remnant, this is what it would be' And I said, 'Well how much do you have? How much space? Does somebody need to measure something? And can you give me a written estimate?' He said, 'No, we just need to get this done,'" Stewart explained.

Stewart told the paver and his team to go ahead, even though she had nothing in writing, not even an estimate. The next day, he said he'd run out of asphalt and needed to be paid in full before he could finish the work.

"There are some red flags here. I would be super concerned if somebody pulled up to your house and says they have some leftover asphalt and they can give you a good deal," Jeff Hill, Deputy Attorney General for the state of Tennessee, said of what happened to Stewart.

His office is now trying to warn folks so no one else gets taken.

This same company, it turns out, not only got Harriet Stewart, but several of her neighbors in Mt. Juliet as well.

The AG's Office says asphalt scammers usually pressure customers to act quickly and pay cash upfront. But the work is often shoddy and the final cost is usually a lot higher than originally quoted. And In many cases, the pavers claim they will come back the next day to finish the job, but never return.

"When companies come in and make these promises, they usually disappear quickly and go somewhere else to do it, and change their name," Hill explained.

In fact, records show the man behind Blacktop Pros, Robert Stevens used a variety of other names including Robert Stevens Construction, R S Asphalt, and Pro-Pave Asphalt, in Arkansas where he was busted earlier this year by that state's Attorney General and accused of deceptive trade practices for doing the very same thing he did to Harriet Stewart.

So how do you prevent this from happening to you?

Avoid folks going door to door, especially if they claim they've got left over materials and can do your job with them. Don't let someone pressure you into a deal. And before you agree to anything, make sure you get a written estimate that breaks down what you'll be expected to pay. Be wary of cash only sales. And don't pay everything upfront. Wait until the job is done and you're completely satisfied. A lot of these companies move from state to state. So be on the lookout for unmarked vehicle with out of state plates. And finally, do a little investigative work online. You can go to Google. First, look for the company's name. And, then, since they tend to change names, look for the owner or salesguy's name in quotes and finally, do a search for their phone number and/or business address.