Toni's Story: 'I Was Cheated Out Of My Education'

Student's story raises even more questions about Metro Schools' testing practices.I feel like I was cheated out of my education. 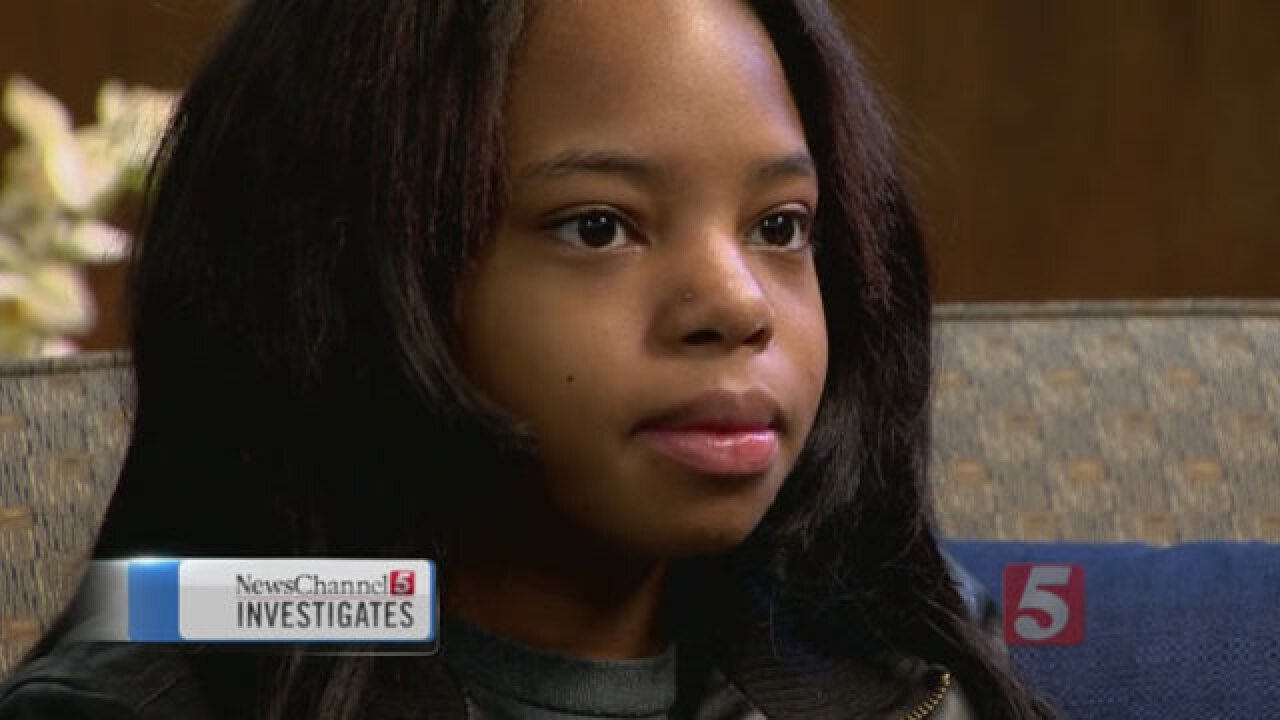 For weeks, Metro Schools insiders have told stories about students being cheated by the district's own testing policies.

Now, for the first time, one student is telling her story. It's a story that raises even more questions about whether some struggling schools put scores above students.

The former Pearl-Cohn High School student, Toni Jones, is now at the center of a class-action lawsuit filed against Metro Schools.

"Do you feel like the school system cheated you?" NewsChannel 5 Investigates asked.

In 2013, Toni entered her freshman year at Pearl-Cohn -- the same year that the school was trying to boost its test scores high enough to avoid a state takeover.

"When you see people talk good about Pearl, you see people looking at from the outside," she said. "These are not the people that's there on a day-to-day basis, seeing what we see."

Toni's biggest struggle was Algebra I, which just so happened to be one of those subjects with a mandatory End-of-Course exam that's also used to judge how well the school is performing.

"I have never, since I have been in school, I have never understood math," she recalled. "I used to tell my mom all the time, math is just not my best subject. I don't understand it."

Still, thanks to the help of her teacher, Toni managed to pass the first semester -- and halfway through the spring semester, she was still passing.

"Then, it's like second semester when I was getting the hang of it and I started doing better, I was pulled out of that class," she recalled.

NewsChannel 5 Investigates asked, "You were pulled out of the class?"

An assistant principal, who had pulled Toni from the class, took her to a room filled with computers.

"He took me to one of the computer labs and he was like this is your class from now on," Toni said.

Did he say why?

There's no evidence that school officials ever contacted Toni's mother to discuss the move.

What school officials did not tell Toni was that, on a series of practice tests -- designed to predict how well students will perform on the End-of-Course exams -- she had scored at the lowest level.

It's a detail that didn't surprise Toni.

Inside the computer lab, Toni was enrolled in a credit-recovery program called A-Plus and told to learn Algebra as best she could.

"It's just, basically, they give you the classes and you have to do them," she said.

"And you didn't have an Algebra teacher sitting there with you?"

"No. All the teachers we had were either substitutes or filling in for somebody. We never had a teacher who specifically worked at Pearl to help us."

Inside those Algebraic equations, without the help of a teacher, Toni got lost.

"Sooner or later, after that, I just gave up. I stopped caring about my math grade. I was like, ok, I just didn't care any more."

But, for the school, that move to the computer lab meant Toni would not have to take the End-of-Course exam -- and her scores wouldn't count against the school.

Why would they do that?

"The only reason is because they want their scores to go up," said former Pearl-Cohn guidance counselor Kelly Brown.

Toni recalled, "The next year, I was automatically put in geometry -- and I was like, whoa!"

"You had not even passed Algebra yet," we noted.

"I was like I didn't even pass Algebra so how am I even in geometry?" she said.

Lost in the complications of geometry, Toni continued to spiral downward.

"It would be times when I didn't even show up to the class just because I knew I'm not going to pass this class, so why am I coming? So I just stopped coming."

Now, Toni's enrolled in an adult program, still trying to get her diploma, on a computer, on her own.

NewsChannel 5 Investigates asked, "What would you want the school system to know about what they did to you?"

"I want them to know, simply, it wasn't right," she said, "because now I have to sit and I have all these things to make up that I don't know."

It's not clear how many Toni's are out there.

Her attorney, Gary Blackburn, thinks there are many other victims.

Kelly Brown said there would have been a lot more at Pearl in 2014, except that one counselor forgot to pull the students assigned to her.

In fact, NewsChannel 5 Investigates obtained an email where higher-ups in the Central Office were told that at least four students were pulled and it notes that a guidance counselor forgot to pull more -- which appears to confirm exactly what Kelly Brown told us.

Metro Schools officials have not responded to NewsChannel 5's questions about Toni's situation or about the lawsuit.