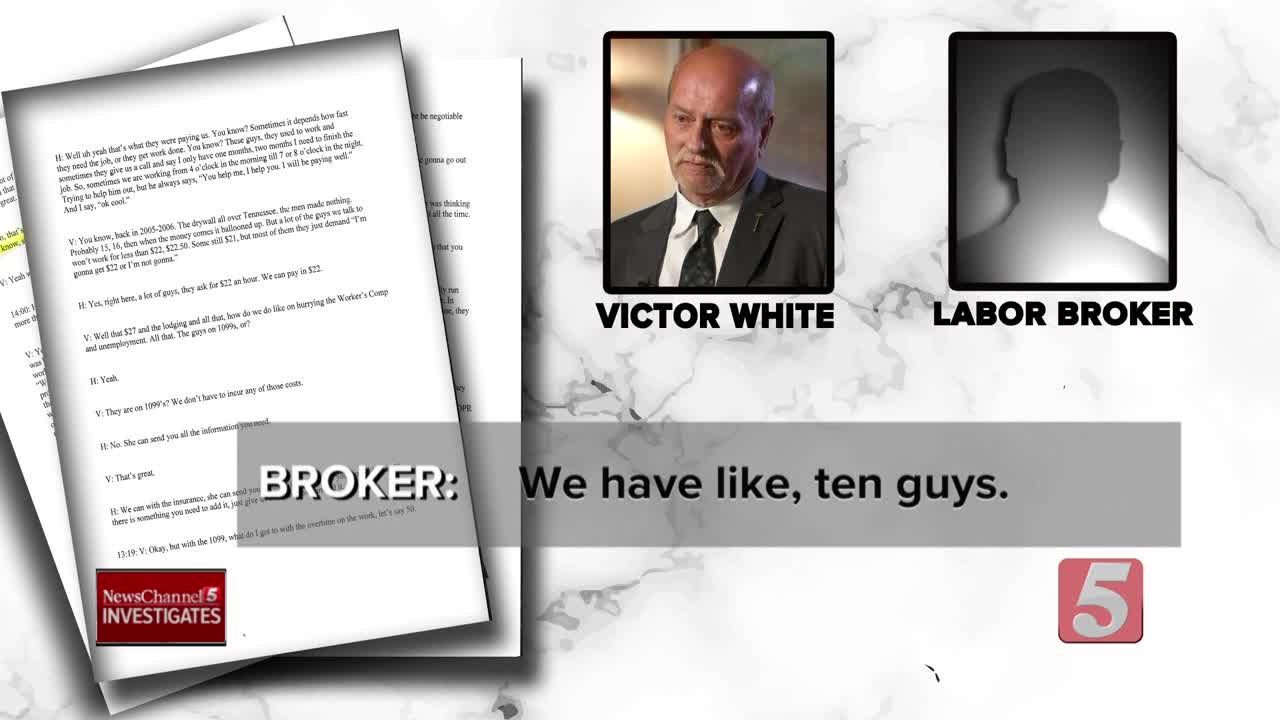 State officials and representatives from a national union have concerns about wage theft and worker misclassification of Nashville construction workers. 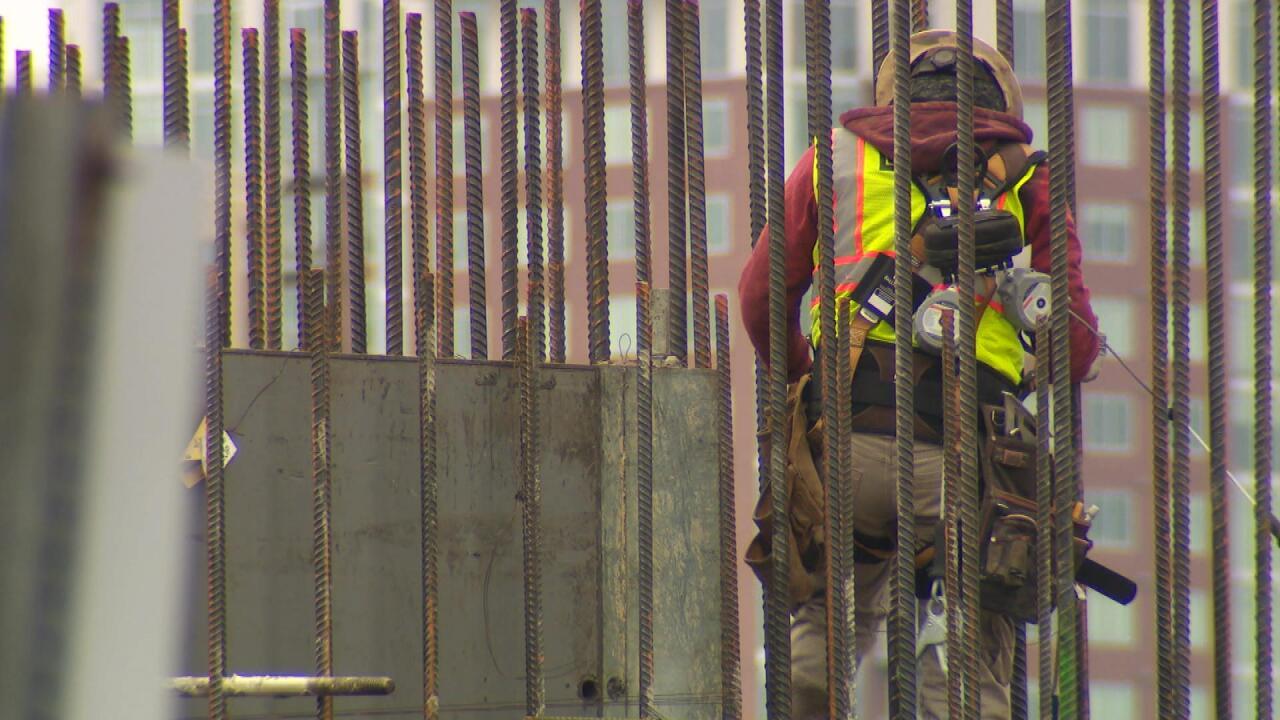 NASHVILLE, Tenn. (WTVF) — A growing number of Nashville construction workers are cheated out of overtime pay and misclassified as independent contractors so employers can avoid paying state and federal taxes according to state officials and representatives of a national union.

Victor White with the Southeastern Regional Carpenter's Council, part of the Carpenter's Union, said it is not just the exploited workers who suffer, it is also taxpayers and contractors who play by the rules and pay for things like workers' compensation insurance.

"What we're trying to do is get justice for these workers because if they get what is coming to them, the union can play on a level field too," White said.

He said a growing number of sub-contractors are turning to labor brokers who bring workers in from out of state because they say the building boom has created a labor shortage.

White raised concerns about what is happening on the construction site of the 22-story Joseph Hotel, which opens later this year and will be one of Nashville's most luxurious hotels.

"When they come to work they find out that there's no tax deductions, they are not paid time-and-a-half for overtime," White said of some workers at the Joseph.

"This goes on a lot, but we've zeroed in on this one particular project because of the worker concerns coming out of there," White said.

Labor brokers often put up their out of state workers in local apartments, making it harder for workers to speak out about job-related issues.

"They are brought in from Atlanta, Houston and all areas of the country," White said.

We talked to a worker who said he works for a labor broker and hangs drywall at the Joseph. He spoke through an interpreter. The worker asked that we hide his identity so he would not lose his job.

"We don't stand up for overtime because, if we do, we all are going to be fired," the worker said.

He said he works Monday through Saturday, 56 hours a week.

"We were told to write down or say that we work only forty hours a week," he said.

The worker we interviewed said he and others provided documents to a labor broker to show that they are in the country legally, but he said he was not sure how closely the documents are scrutinized.

The worker's pay stub and others obtained by the union, show some workers at the site do not appear to have federal or state taxes withheld from their paychecks.

Often labor brokers misclassify workers as independent contractors to avoid paying workers' compensation insurance - which means employees are supposed to pay taxes on their own.

White shared a recording he made with a labor broker in Antioch last year when he posed as a potential employer.

He asked the broker to provide workers for a fictional project and negotiated hourly wages.

"How many workers are you guys capable of supplying?" White asked on recording.

The labor broker responded, "We can bring up like 10 guys."

The broker stated his employees will work 56 hours a week - and admitted he would not pay them over time.

"We can set up a price and we can not charge for overtime. You just pay them, you know, straight. You know? It's better," the labor broker said on the recording.

He also said the workers he provides will be classified as independent contractors.

The union obtained photos of required sign-in logs from the Joseph construction site which they say prove the workers are not independent.

"Every morning all these workers have to sign in saying they showed up on time - an independent contractor would not have to do that," White said.

Amanda Terry with the Tennessee Department of Labor - Bureau of Workers' Compensation - said there has been a dramatic increase in labor brokers misclassifying construction workers as independent contractors in order to get out for paying workers compensation insurance.

"The employer broker is where the problem is," Terry said.

"They're cheating the system by not paying premiums for their insurance," Terry said.

She said it is a problem that costs Tennesseans tens of millions of dollars every year.

"Everyone ends up paying the price for the bad actors," Terry said.

She said current state law prevents the state from fining general contractors - who oversee entire construction projects - if it is found that a subcontractor used a labor broker and misclassified workers.

"I think it may help in fighting, if you could go against the general contractor, if that were law. It could be a tool we could use," Terry said.

The general contractor at the Joseph is Brasfield & Gorrie - the company sent the following statement:

But last April White says he took his concerns directly to the company when he sent a certified letter warning Brasfield & Gorrie about potential "illegal employment practices" on the Joseph construction site.

He tells us the contractor never responded.