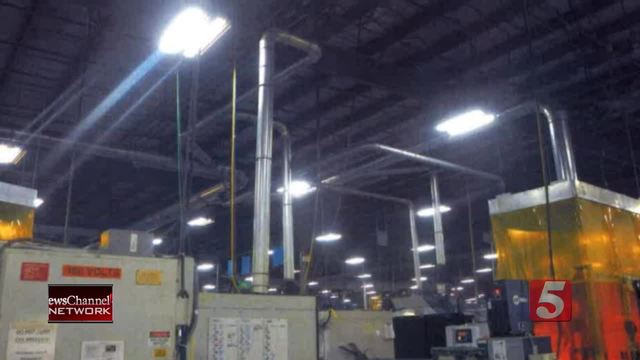 The Tenneco plant in Smithville was damaged by fire. Workers were evacuated after part of the ventilation system caught on fire. No one was hurt. 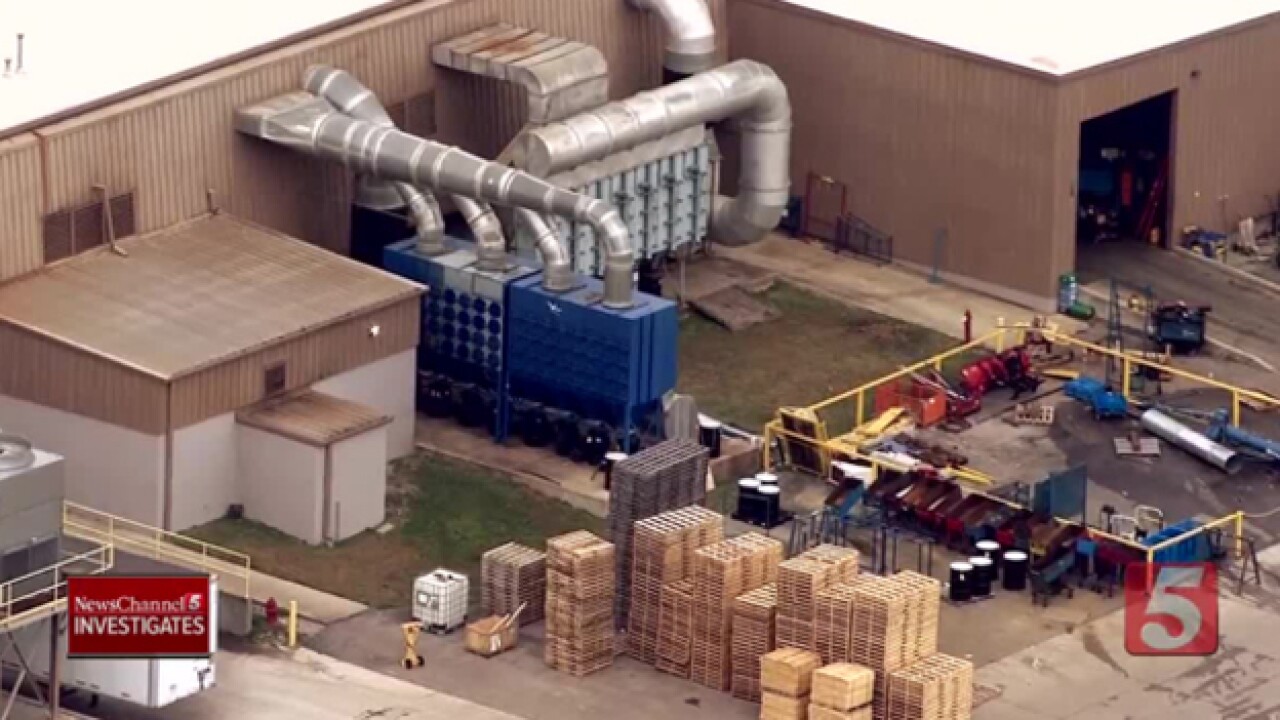 Fire damaged part of an auto parts plant that has been the focus of a NewsChannel 5 investigation.

Employees at the Tenneco plant in Smithville, were evacuated early this morning when a portion of the plant's ventilation system caught on fire.

Witnesses shot video of the fire on their cell phones after workers left the plant.

Employees say it was ignited by a spark from the welding operation and involved the ventilation system which is designed to protect workers by collecting toxic dust.

NewsChannel 5 Investigates first reported that plant supervisors told employees this spring that they had been exposed to cancer causing dust at the plant and may be taking the dust home to their families.

"We were told there's a deadly problem at the plant. Workers are being exposed to hexavalent chromium," said welder Ryan Johnson in an earlier interview.

Company officials have vowed to spend millions of dollars to fix the ventilation system to ensure that the plant is safe.

Part of the ventilation system involves a so-called bag house, where the dust is collected.

It is not the first time a bag house has caught on fire at the plant.

Incident reports show a bag house caught on fire in 2016 because of "incinerator overload."

And in 2014 records show a welding booth caught on fire from sparks from a welding torch.

Welder Ryan Johnson said work areas are covered in dust that comes from welding the stainless steel used in the car parts the plant produces.

"I mean it's everywhere in the factory. I brush up against machines all night. I mean it gets on you," Johnson said.

Company officials said despite problems with the ventilation system, the plant is safe because welders in affected areas have been fitted for respirators.

But the overnight fire represents another problem for the plant, and for employees who say they just want a safe place to work.

Workers were back on the job this morning.