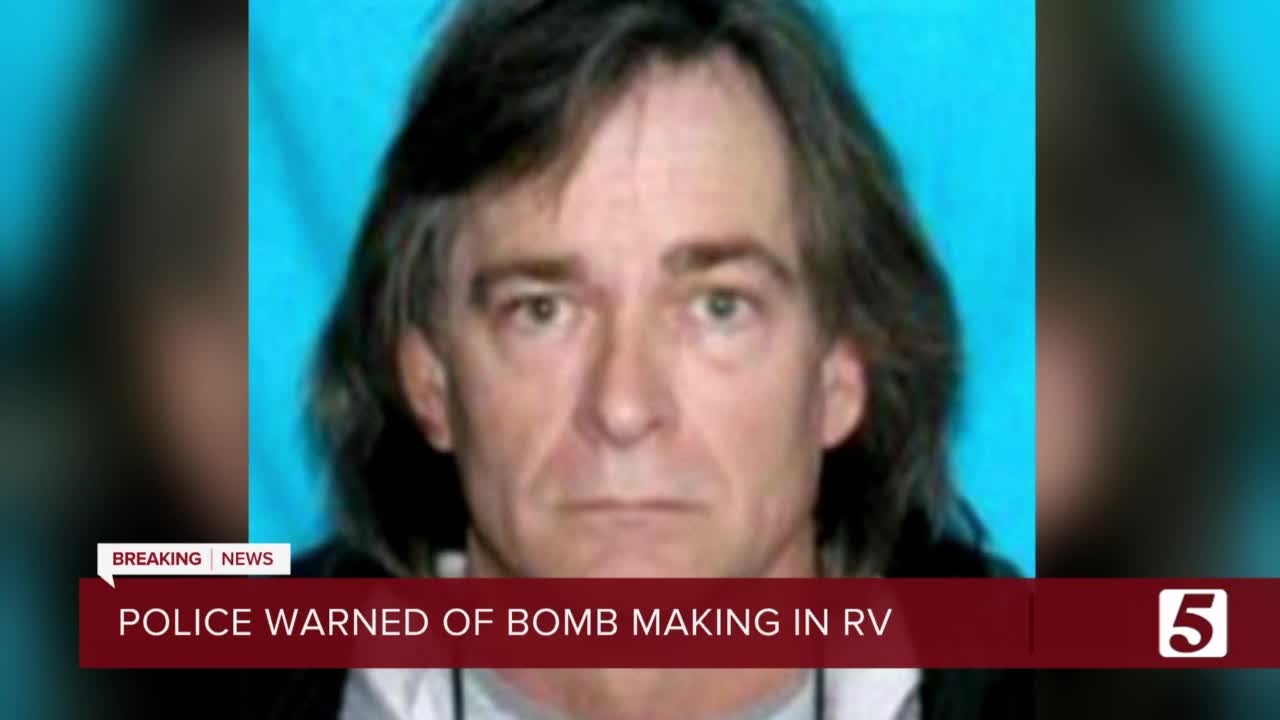 Police were warned Anthony Warner was making bombs in his RV more than a year before his Christmas morning attack in downtown Nashville. The tip came from Warner's distraught girlfriend in August of 2019. 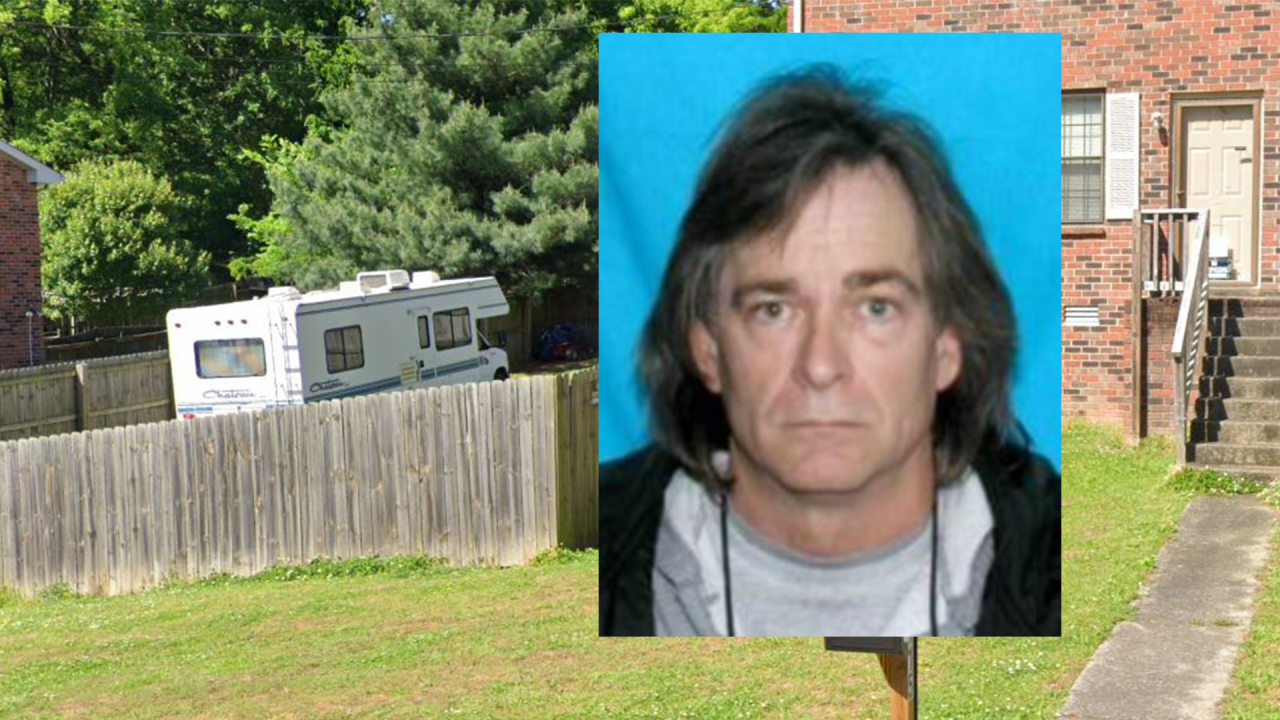 NASHVILLE, Tenn. (WTVF) — Police were warned Anthony Warner was making bombs in his RV more than a year before his Christmas morning attack in downtown Nashville.

The tip came from Warner's distraught girlfriend in August of 2019.

Police went to Warner's home the day of the complaint, but were unable to make contact with him.

The case was later closed as unfounded.

The police report from August 21, 2019, shows police responded to the home of a woman who had threatened to kill herself.

She told officers that her boyfriend - Anthony Warner - "was building bombs in the RV trailer at his residence."

The police report states that an attorney who was also there and represented both the woman and Warner - told police that Warner "frequently talks about the military and bomb making."

Attorney Ray Throckmorton told police that Warner "knows what he is doing and is capable of making a bomb."

"I made a report on the spot for him to get checked out and I did all that I knew I could do," Throckmorton said.

Throckmorton said he had represented Warner in the past on various real estate issues, but he believed what Warner's girlfriend was saying.

"She was so convincing that morning, and so distraught, that I decided in the front yard in the middle of all those police officers on the spot, that even though it was a former client of mine, that somebody needed to go check it out right then," Throckmorton said.

It states "Police observed that there was an RV trailer in the backyard but the yard was fenced off and police could not see inside the RV."

Police noted there were several security cameras wired to an alarm sign on the door.

The report states, "Police attempted several times but could not get the suspect to open the door and police did not have contact with him."

"I am floored the report says that," Throckmorton said. "And to find that out now."

Metro police spokesman Don Aaron told NewsChannel 5 Investigates that officers "saw no evidence of a crime and had no authority to enter his home or fenced property."

Aaron said Metro police forwarded the report and Warner's information to the FBI, but the agency found no records on Warner.

And no additional information came to the department's attention after August 2019.

"It's pretty obvious to me that somebody didn't do what they were supposed to do," Throckmorton said.

Police said an officer with the bomb squad called Throckmorton days after the initial report and asked to search Warner's RV - because they believed Throckmorton still represented Warner.

Police claimed Throckmorton would not allow his client to consent to a search - but Throckmorton insists that is not true.

"He was not a current client of mine at that point in time," Throckmorton told NewsChannel 5 Investigates Tuesday.

"I certainly would never have told them not to check it out when I'm the one who said go the hell over there and find out what's going on," Throckmorton said.

Police officers notified supervisors and detectives about the tip on Warner, but it's unclear if detectives ever followed up with Warner's girlfriend, who was not in a good mental state, or asked for search warrant.

"If somebody had checked Tony out and gotten him the help that he needed this would never have happened," Throckmorton said.

Here is an outline of events Metro Police Department spokesman Don Aaron sent via email in response to our questions - with the girlfriend's name redacted:

"South Precinct officers went to Ms. ---- home on the morning of Wednesday, August 21, 2019, on a report from Mr. Throckmorton that Ms. ---- had made suicidal threats to him via telephone and was sitting on her front porch with firearms. Officers arrived and saw that Ms. ---- did have two pistols on the porch next to her, but they were not in her possession and they were not loaded. She related that the guns belonged to a “Tony Warner” and that she did not want them in the house any longer. “Tony Warner” was not on the scene. As a result of their interview with Ms. ----, and out of concern for her safety, Mobile Crisis was contacted and Ms. ----- spoke with them via telephone. They determined she was in need of psychological evaluation and she voluntarily went with an NFD ambulance for that purpose. While at ----- home, as the report reflects, officers also spoke with Throckmorton, who, they were told, represented both ---- and Warner.

On the morning of August 21, 2019, officers also went to Warner’s address on Bakertown Lane (see report). No contact was made. They saw no evidence of a crime and had no authority to enter his home or fenced property.

The attached report was sent to the Hazardous Devices Unit for follow up.

On August 22, 2019, the narrative from the report and Warner’s identifying information were sent to the FBI to check their databases and also determine whether Warner had any prior military connections.

During the week of August 26, 2019, the Hazardous Devices Unit made contact with attorney Throckmorton. The recollection of that call is that Warner did not care for the police, and that Throckmorton would not allow his client to permit a visual inspection of the RV.

At no time was there any evidence of a crime detected and no additional action was taken.

No additional information about Warner came to the department’s or the FBI’s attention after August 2019. The ATF also had no information on him. The 1 arrest of Warner occurred in January 1978 for marijuana possession."

After this report was initially published, the FBI released the following statement:

The FBI will continue to work closely with our federal, state, and local law enforcement partners to assess intelligence around any known or potential threats to public safety.