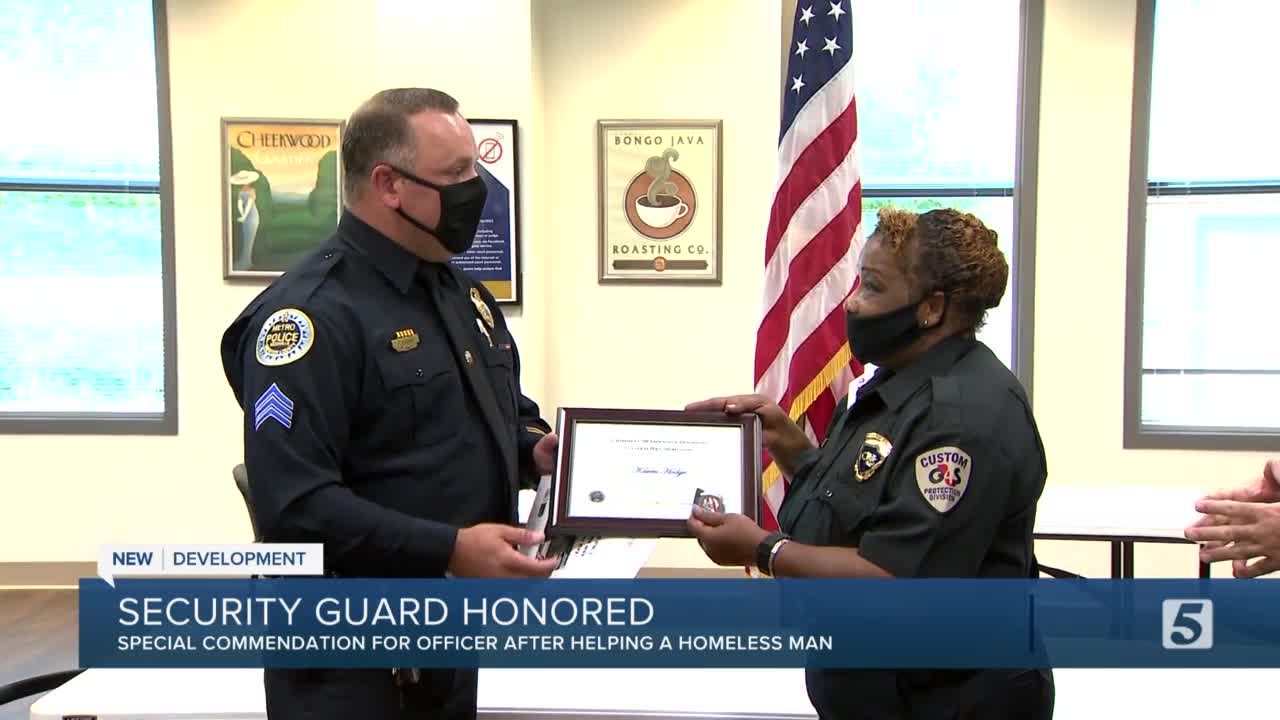 For showing tremendous empathy in the line of duty, officer Karen Hodge is being recognized by her peers. 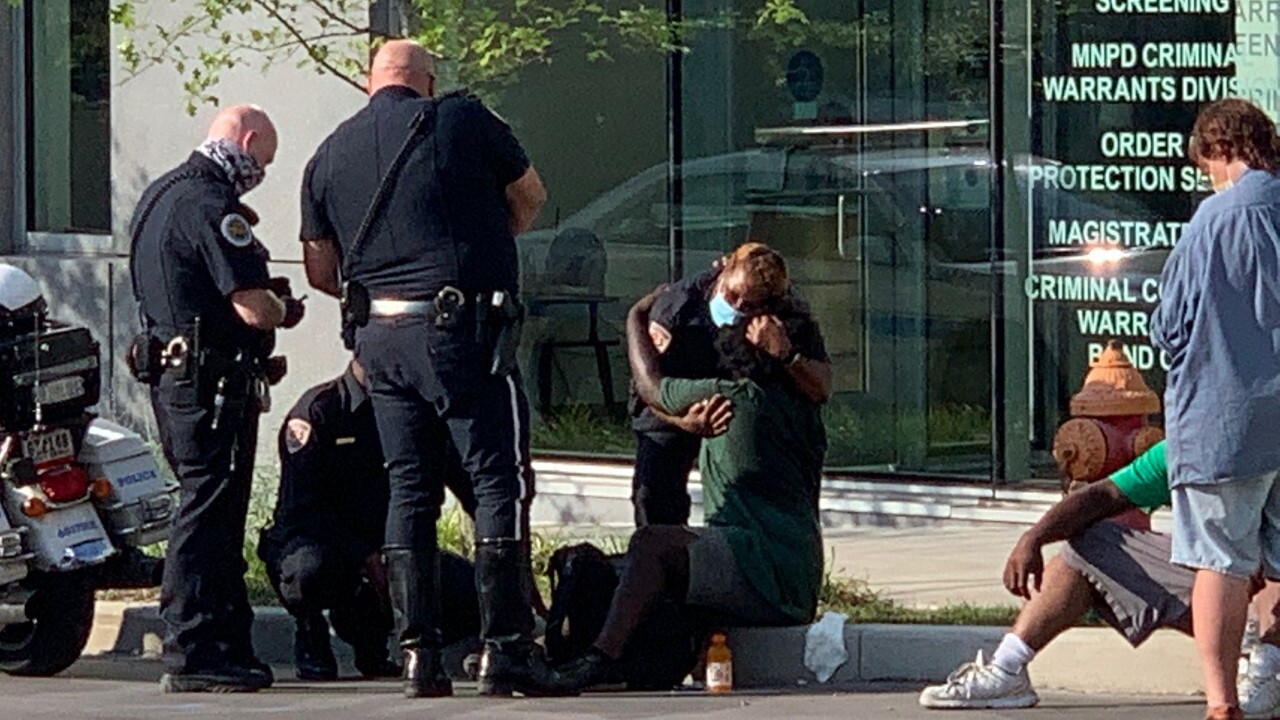 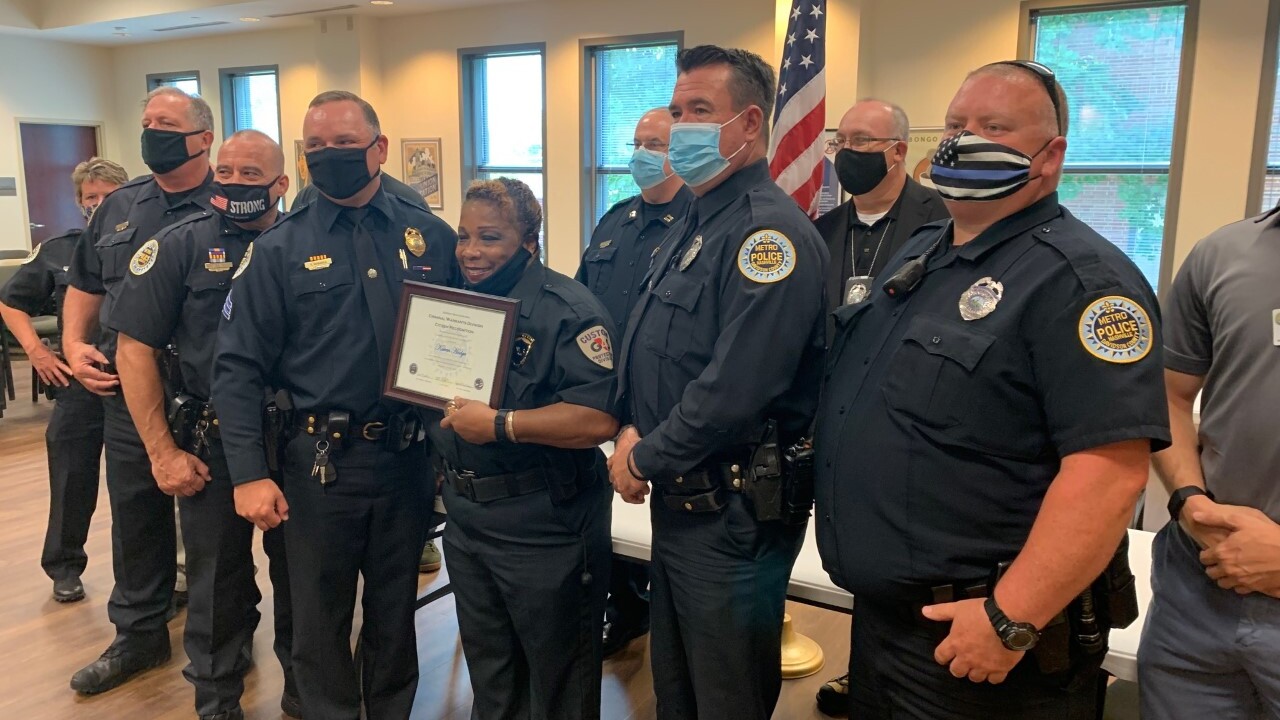 NASHVILLE, Tenn. (WTVF) — For showing tremendous empathy in the line of duty, officer Karen Hodge is being recognized by her peers.

Hodge was awarded the citizen’s recognition certificate from the Criminal Warrants Division of Metro Nashville Police Department. Shortly after seeing the image of Hodge embracing a man moments after he confessed of being suicidal, Sgt. Keith McNamara began making arrangements to honor Hodge.

To this day, Hodge maintains that she would’ve done the same thing whether or not she had a badge. She says after 40 years in law enforcement, this is the greatest commendation she’s received yet.

What most couldn’t tell from the photo taken back on the first week of July, is what was said shortly before the moment was captured. That the man experiencing what officers say was a traumatic breakdown, had every intention of ending his life.

Hodge says it’s for that reason she stayed around as long as she did. To ensure the man she embraced with a hug would live to see another day.

“I’m just glad I was at a place, at a time where I can do something for someone else. I love helping people,” Hodge said.

It’s that same love her superiors at G4S Security noticed and for that same reason why Chris Dempster sent the photo to their CEO in the United Kingdom. When he called to explain what happened in the photo, the words were simple.

“There was a person that she didn’t know, that needed help and she just helped them. That’s exactly the type of people that we love having work for us at G4S,” Dempster said.

Dempster admits they don’t usually do this kind of thing as he handed Hodge a check for $500. It’s typical protocol to leave all security personnel out of the spotlight, but after hearing our request for wanting to speak with Hodge, Dempster felt this would help inspire others.

Ask Karen and she’ll tell you what happened that day, happens more often than we think. Usually without cameras and it’s at those moments she calls on everyone, not just officers, to make the time for anyone needing the help.